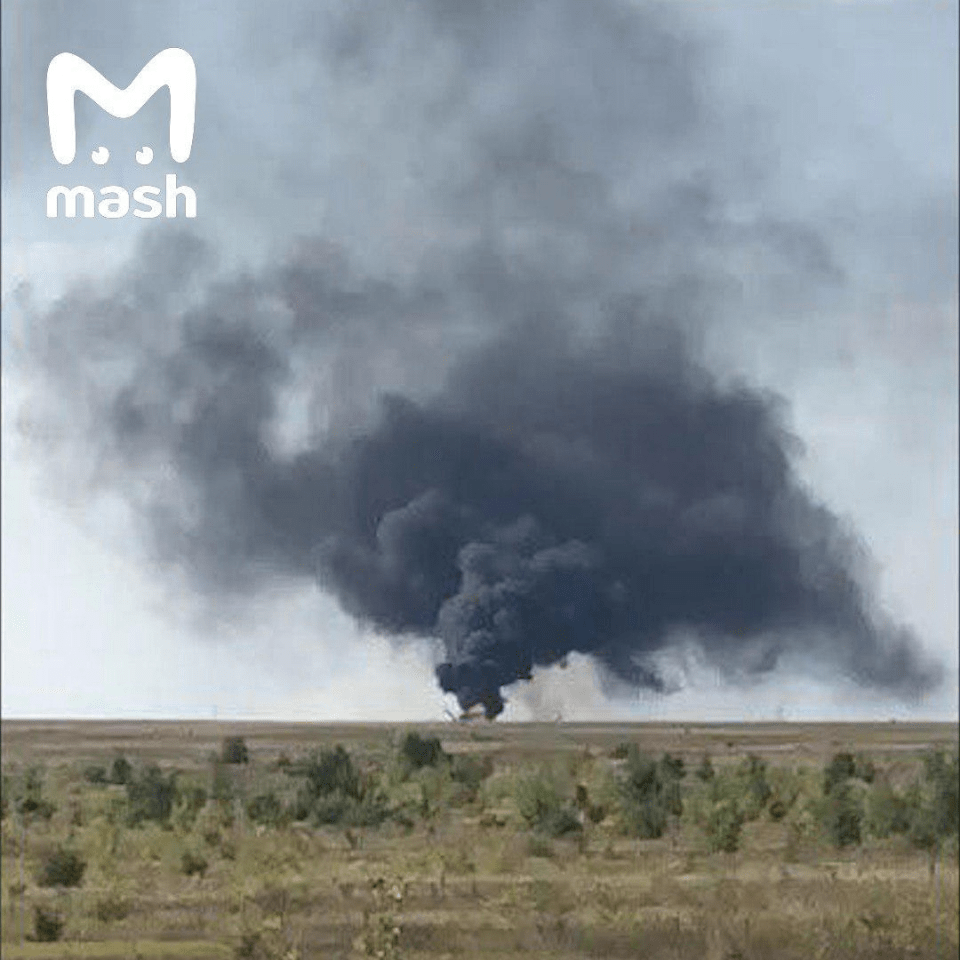 A Russian Federation Aerospace Forces (RF VKS) Mi-8MTV was forced to make a landing near the village of Sokol, Saratov Region (Russia) around 16:00 hrs local time on 5 September 2019.

The Mi-8MTV took off together with another Mi-8MTV after a fuel stop at a nearby military training base named Sokol. Both helicopters took off together, and one started burning in the air – possibly during the take-off run -, as the local Ministry of Emergency Situations revealed.

The Mi-8MTV, which is reported as “new”, came down much too hard. The helicopter was subsequently completely destroyed by the fire.

It is reported that its three crew were injured, but they were able to escape the burning helicopter. They are currently hospitalized in Saratov hospital with burns, bruises and multiple injuries.

“According to a report from the scene of the accident, the cause of the incident could be the destruction of one of the landing gears,” the military department said. The Ministry of Defense noted that the commission of the Russian Aerospace Forces is working to clarify all the circumstances of the accident at the airport.

This is the second plane crash in Russia in two days.

On September 3, the Su-25 training attack aircraft crashed in the Stavropol Territory of the Russian Federation. The crash killed the chief of flight safety and the flight commander.