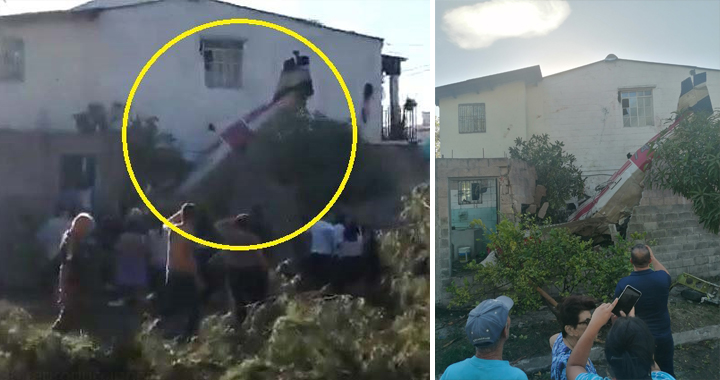 Fuerza Aérea Salvadoreña (Salvadoran Air Force) ENAER T-35B-3 Pillán training aircraft was maneuvering to land at Ilopango International Airport (ILS/MSSS) when it clipped a tree and crashed into a house.

The two pilots onboard received fatal injuries and there was no reported ground injures.

Firefighters and rescue command personnel reported that it happened at 4:15 p.m. on Tuesday.

According to the Armed Forces statement, the house in which the aircraft fell was empty, so no injuries or deaths were reported inside it.

The reasons why the aircraft crashed have not yet been determined by the authorities. In the statement, FAES informed that “it will initiate the respective investigation to determine the causes of the accident.”

“The military institution deeply regrets the death of our colleagues and friends, and in turn expresses its most sincere condolences to their respective members,” he said.

Armed Forces authorities reported that Defense Minister Francis Merino Monroy arrived at the scene of the accident to learn details of the fact first hand.