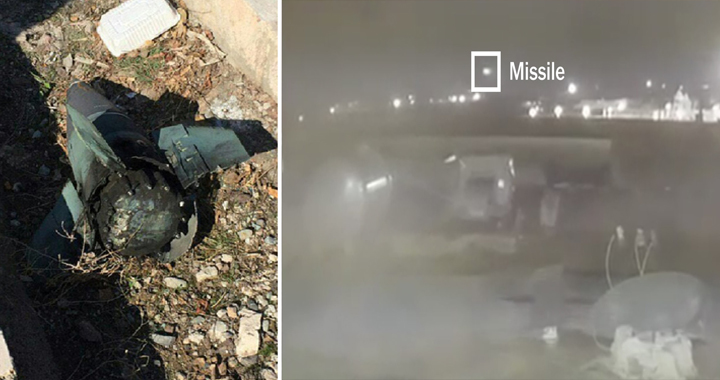 Iran has confirmed that two Tor-M1 surface-to-air missiles were fired at the Ukrainian Airlines Flight PS752 that crashed near Tehran earlier this month.

The Civil Aviation Organisation of Iran (CAOI) said the Russian-made missiles were launched from the north.

The country’s civil aviation authority said it has yet to receive a positive response after requesting technical assistance from France and the US to decode black boxes from the plane that crashed shortly after takeoff from Tehran on January 8, killing all 176 people on board.

“Investigators … discovered that two Tor-M1 missiles… were fired at the aircraft,” Iran’s Civil Aviation Organization said in a preliminary report posted on its website late on Monday.

However, the report said, “the impact of these missiles on the accident and the analysis of this action is under investigation”.

According to the report, the Kyiv-bound Boeing 737-800 took off from runway 29R at Imam Khomeini International Airport at 06:12 a.m. local time on January 8th and was then delivered to approach unit at Mehrabad Airport in the capital.

From 06.18 a.m. onward, the radar controller repeatedly tried to contact the pilot as the flight information was lost, but he received no answer, it added.

The radar data showed the plane was flying at an altitude of 8,100 feet, but the aircraft identification and altitude information later disappeared from the radar screen.

No radio messages were received from the pilot regarding unusual circumstances.

After samples were examined at the crash site, the possibility of laser and electromagnetic (radioactive) rays having hit the aircraft was excluded.

Samples were taken to indicate whether there was an explosion inside or outside of the airplane. Preliminary examinations suggest the need for the plane wreck to be subjected to thorough investigation for possible traces of explosives.

The report further noted that the black boxes feature cutting-edge technology and Iran lacks the technical facilities to decode them.

“If devices are provided, the information (on the black boxes) can be restored and retrieved in a short period of time,” it added.

The Civil Aviation Organization requested from the US and French accident investigation agencies to provide Tehran with a list of equipment required to decode the black boxes and examine the possibility of them being transferred to Iran.

Neither of the organizations had responded positively, and Iran was considering purchasing the equipment itself.

As reported, on January 20th, at a meeting between President of Ukraine Volodymyrr Zelensky and Iran’s President’s Special Representative Mohammad Eslami in Kyiv, it was said that a group of Iranians would arrive in Ukraine to familiarize themselves with Ukraine’s technical capabilities for decrypting the black boxes of the downed plane.

The TOR surface to air missile system is designated for destroying airplanes, helicopters, cruise missiles, precision-guided munitions, unmanned aerial vehicles, and short-range ballistic threats. The two missiles being launched are in line with a video that was released to the web, showing that allegedly two launches took place.