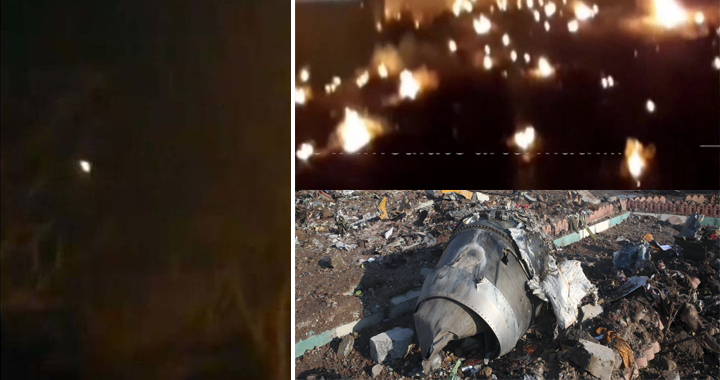 Ukraine International Airlines flight 752, a Boeing 737-800, crashed near Shahriar, about 8 minutes after takeoff from Tehran Imam Khomeini International Airport, Iran. Al 167 passengers and nine crew members on board were killed.

The flight took off from runway 29R at 02:41 UTC (06:11 LT), with a delay of about one hour. The aircraft’s ADS-B data as recorded by flight tracking websites Flightradar24 and FlightAware stop at 02:44 UTC at an altitude of about 7900 feet at a position about 20 km west-northwest of the airport. The aircraft is said to have crashed minutes later near Shahriar, 15 km north of the airport.

Eighty-two Iranians, 63 Canadians, and 11 Ukrainians died in the crash, according to a tweet from Ukrainian foreign minister Vadym Prystaiko.

There were also 10 Swedes, four Afghans, three Germans and three British nationals among the victims, he said.
Thirteen former students of Sharif University of Technology, in Tehran, were among those killed, according to a tweet from the university.

Ukraine’s embassy in Iran initially issued a statement saying the aircraft was brought down engine failure, not because of terrorism or a missile strike.

But a short time later, that web page disappeared and was replaced with another that said the cause would be determined by an investigative commission. “Any statements regarding the causes of the accident prior to the decision of the commission are not official,” it explained.

Ukraine International Airlines refused to comment on the cause of the crash.

Flight-tracking service FlightRadar 24 said in a tweet that the jet had been in service for about three and a half years. Data from FlightRadar 24 suggests that the crash could have happened as quickly as two minutes after takeoff.

Horrifying footage posted online shows the plane engulfed in flames as it went down. the video showed a large fireball in the distance as the aircraft hit the ground.

– No Official Word On Casualties

– Local Media Report It Crashed Due To Technical Issues

– Video Captured The Plane On Firepic.twitter.com/CZpUCF6ETE

The crash occurred as Iran launched ballistic missiles at two military bases in Iraq housing U.S. troops. There is no indication that the two events are linked.