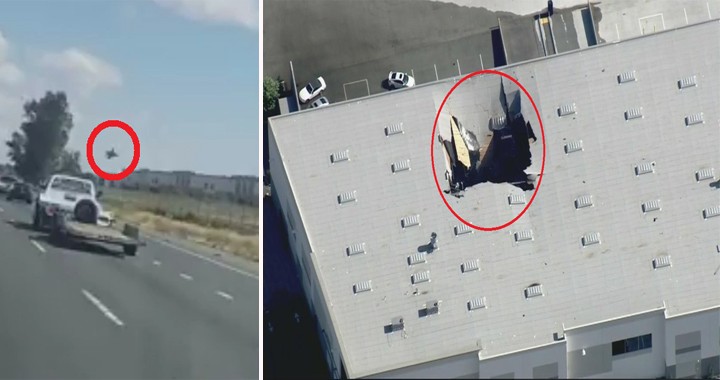 The aircraft was destroyed and the sole pilot on board ejected safely.

The pilot was not hurt, said Maj. Perry Covington, director of public affairs at the base. But at least 12 people on the ground suffered minor injuries because of debris from the crash.

The fighter jet was assigned to the 114th Fighter Wing, Souix Falls, South Dakota and was conducting a training mission for the North American Aerospace Defense Command (NORAD), officials said.

The Los Angeles Times, citing a base fire official, reported that the crash ignited a small fire, and a photo of the accident scene posted on local television station KCAL-TV showed a gaping hole in the roof of a large gray building.

The warplane went down at about 3:30 p.m. Pacific Time and slammed into a warehouse at the end of the base runway, base spokesman Major Perry Covington told Reuters by telephone.

There are normally between 2,000 and 6,000 Air Force reservists and other personnel on base at any given time, Covington said.

A section of Interstate 215, a major north-south route running through the base, was closed in both directions after the crash, according to the California Highway Patrol. The CHP urged motorists to avoid the area.

Video of #F16 moments before it crashed through the roof of a California warehouse. Pilot ejected. pic.twitter.com/cwpY8B0bef

NORAD operations are designed to protect the air space of both the U.S. and Canada and draws forces from both countries.

Officials said that the cause of the crash is under investigation.

Statement from March Air Reserve Base on F-16 crash. 5 injured on the ground. pic.twitter.com/985Mhvridj