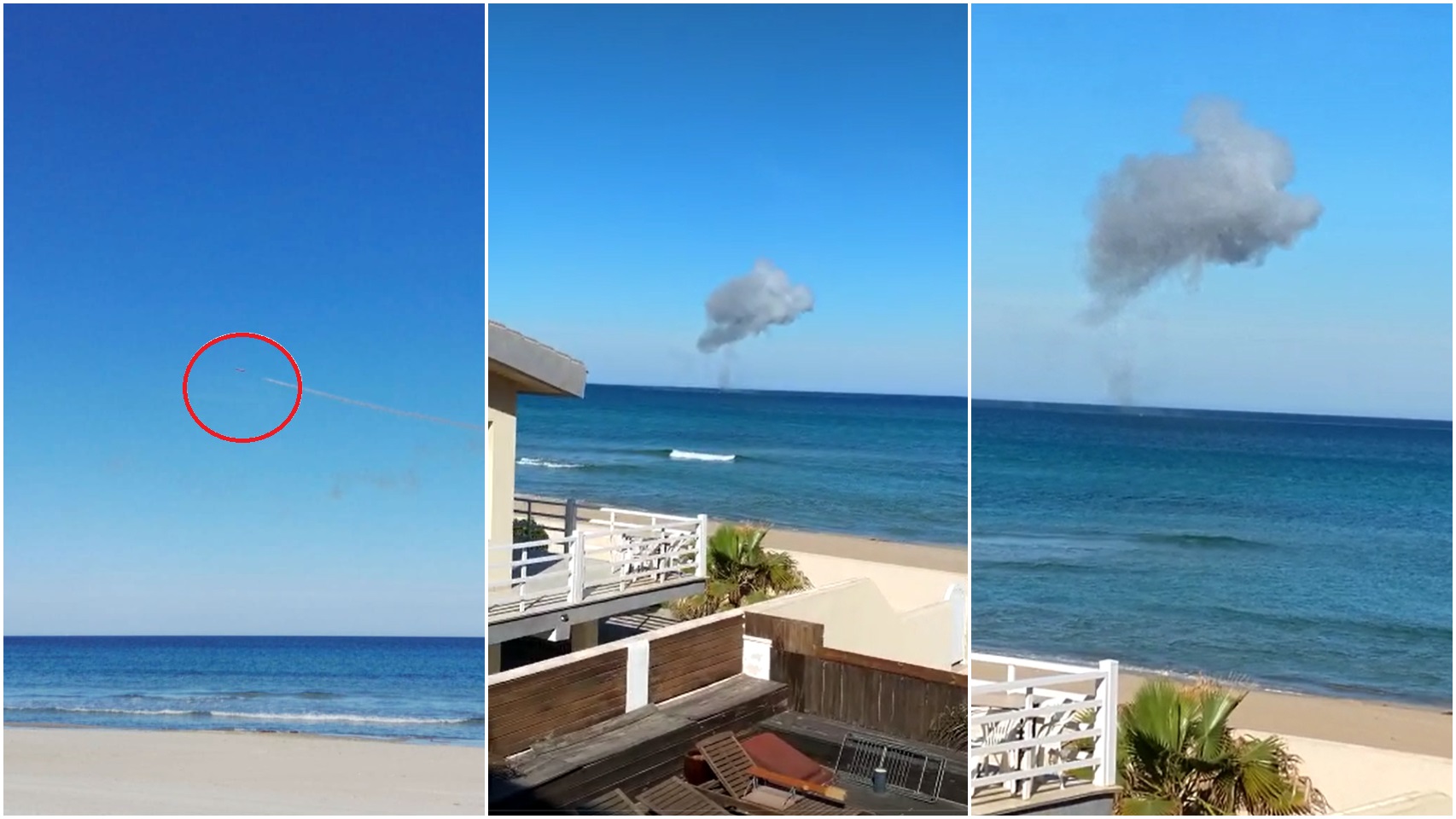 A Spanish Air Force C-101EB Aviojet crashed into the sea during a formation flight.

The plane has come down in La Manga and it’s confirmed the pilot has been killed as the plane hit the ground and burst into a fireball of flames.

A Casa C-101 Aviojet belonging to the Patrulla Águila (Spanish for “Eagle Patrol”), the Spanish Air Force’s display team, has crashed into sea earlier today near La Manga, in Murcia. The pilot, Commander Eduardo Fermín Garvalena, was killed in the incident.

Initially, the Ejército del Aire (Spanish Air Force) released a statement saying that a C-101 jet of the Academia General del Aire, the academy of officers of the Spanish Air Force, was involved in the accident.

Later, the service announced the C-101 was one of the 7 jets flown by the display team based at San Javier: the #5, the soloist of Patrulla Águila. The team is currently preparing for the beginning of the airshow season.

It is the third accident of an aircraft of the General Air Academy in recent months. The two previous ones took place in the months of August and September in two accidents in which their crew members died.

The first incident occurred on August 26 and it was also a C-101 that fell into the sea off the coast of La Manga. In the accident, Commander Francisco Marín, pilot of the Eagle Patrol and instructor of the Air Force died.

The second took place a few weeks later, on September 18, in the waters of the Mar Menor. In it, commander Daniel Melero and student Ensign Rosa María Almirón lost their lives. In this case the wrecked aircraft was an elementary school of the AGA, model Sieve.