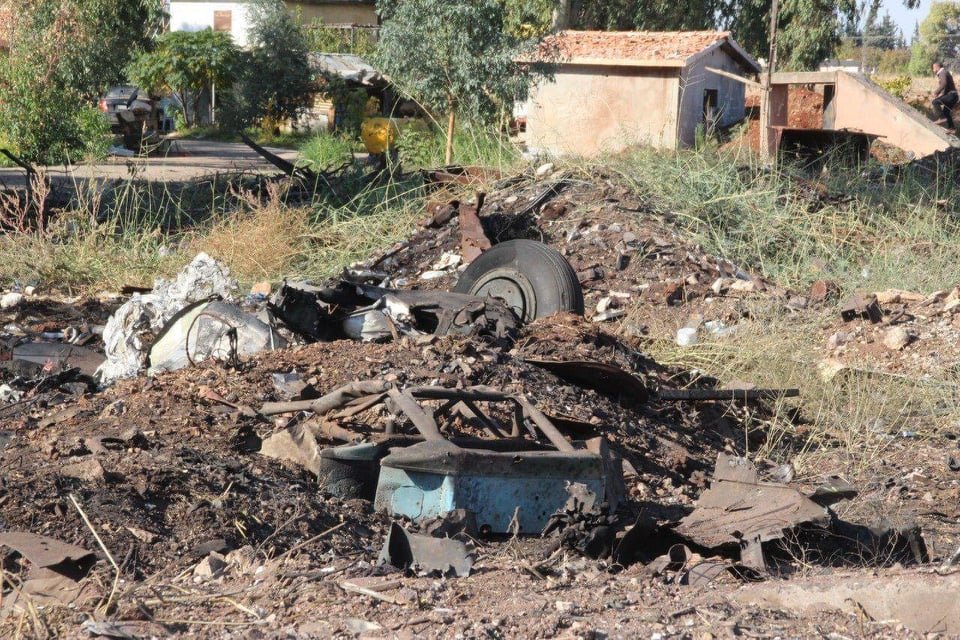 Two huge explosions were heard in the vicinity of Hama city in the evening on Sunday, Step Agency reported.

All three occupants died in the crash. Other reports speak of four fatalities.

It's confirmed that yesterday 17th Nov. 2019, a SyAAF Mi-8/17 was crashed in the airfield of Hama AB itself shortly after taking off.
The four crew are KIA. pic.twitter.com/zXF3WiZsIY

While the barrel bombs were being loaded into the helicopters, a technical error led to an explosion that killed the three pilots and caused significant damage to buildings surrounding the airstrip.

According to the news agency, the two helicopters were being loaded to bomb the Idlib countryside.

According to reports from the Syrian ministry of defence quoted by local media, the helicopter exploded due to a technical error.

From the wreckage I judge it Mi-8 pic.twitter.com/OSdwcPYEZh

Syrian regime forces launched a four-month offensive on the anti-government bastion of Idlib earlier this year, killing around 1,000 civilians and displacing more than 400,000 people from their homes.
A ceasefire announced by Russia has largely held since late August, although the Syrian Observatory for Human Rights says dozens of civilians have been killed in sporadic bombardment since then.

The Syrian conflict broke out in 2011, after the brutal suppression of peaceful protests by the Assad regime. More than 500,000 people have been killed and millions more displaced, mostly as a result of regime bombardment of civilian areas.