During the incident, the helicopter was returning to Taoyaun City from Hsinchu Air Base after concluding a round of live-fire drill as part of the annual week-long Han Kuang military exercises which test the capabilities of Taiwan’s armed forces in repelling a potential invasion by China.

The helicopter belonged to Taoyuan-based 601st Brigade of the Army Aviation and Special Forces Command.

According to Major General Chang Tai-sung, commander of the Taoyuan-based 601st Brigade, the helicopter was trying to return to the airbase as it was showing low rotor speed while flying 400 feet above the ground two minutes after taking off from the base.

The general said that the crew members decided to return to the base to avoid causing civilian casualties as the chopper was flying above a residential area at the time of the warning. He added that the crash was probably due to the lack of rotor speed as the helicopter was attempting to perform an 180 degree left turn.

According to the military, both pilots were critically injured after the crash and were immediately sent to the nearby Hsin Chu Armed Forces Hospital where they succumbed to the injuries.

In response to the incident, the ROC Army has grounded all of its OH-58D helicopters pending safety checks. The Army has constituted a committee to investigate the cause of the accident. 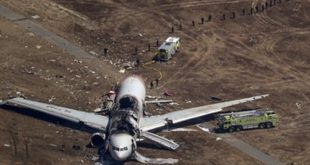