The procurement process for an additional 21 Mig-29 and 12 Sukhoi Su-30MKI which IAF will start getting in the next three years. Purchase of additional Mig-29 and Su-30 to argument current fleet and also buff up aircraft lost in the accidents over the years is a cheap and effective way to stabilize your fleet numbers which have been plummeting due to lack of procurement of newer fighter jet in last two decades.

A question that often crops up of late is why IAF is not planning to procure extra Mirage-2000s?

Why the Poster Boy of Kargil war and Balakot Air Strikes is not been procured, actually IAF has been in talks with its counterparts in French Air Force to procure two additional conversion two-seater trainer jets to replace two trainers which were lost in previous accidents but that’s where the bucks stop and this could be last purchase after IAF procurement of 10 Mirage-2000 planes in 2004, taking the total tally to 50 jets.

The Mirage-2000 is undoubtedly one of the Indian Air Force’s (IAF) most versatile and deadliest aircraft and In 2012 all of them were contracted to be upgraded to Mirage 2000-5 Mk. 2 standards. France, the United Arab Emirates, and Taiwan are the three biggest operators of the Mirage-2000 Type fleet and all three of them are keen to hang on to them till they are retired.

Qatar due to external pressure wanted to get rid of 12 Mirage-2000-5 a few years ago but India and France were not able to get a deal due to price difference.

France had asked India to look into their purchase since FAB was asking $ 2.5 million for eight units, but the lack of interested parties made the government lower the price last year to $ 508,600 and increase the number of airplanes to eleven but India didn’t engage with FAB on the purchase.

IAF was told that airframe life had exceeded the 10,000-hour limit but airframe still exhibited a high degree of integrity and exhibited a high degree of reliability to press on for guaranteed additional 2,500-4000 hours minimum after deep overhaul but IAF after careful consideration about price and additional modernization cost factored in it was decided to better walk away.

All the new fighters—the Sukhois, MiGs, Tejas and medium fighters—are part of an effort to grow the air force from 28 front-line squadrons to 40, the number New Delhi considers adequate to fight both Pakistan and China at the same time.

Tom Cooper, an author and aviation expert, expressed his surprise that the Indian air force reportedly wants Su-30s and MiG-29s to meet its emergency requirement for a couple squadrons worth of jets. The Su-30, while seemingly impressive on paper, lacks performance and combat capability compared to Western models.

“Your air force has got 200 to 250 Su-30s,” Cooper pointed out on Facebook. “Still, when you want to bomb a terrorist gang in the neighboring country, you need almost 40-year-old Mirage 2000s, instead.”

Cooper was referring to the February 2019 clash between Indian and Pakistani forces over disputed Kashmir, roughly in the same region where Indian and Chinese troops would collide more than a year later.

Indian Air Force Mirage 2000s initiated the combat with a precision strike on a suspected terrorist base inside Pakistani territory. Pakistan responded with F-16s. When the dust settled, the Indians had lost a single MiG-21 fighter.

Cooper’s point is that, for decades, the Mirage 2000 has been a more effective fighter in Indian service than the Su-30 has been. The Rafale, the French-made successor to the Mirage, likewise is among India’s better fighters. But the country has ordered just 36 Rafales.

The Su-30 not only lacks the latest precision air-to-ground ordnance, it doesn’t perform well from the high-altitude air bases that support Indian operations along the so-called “Line of Actual Control,” the border between Indian and Chinese forces in the Himalayas. Diplomats drew that line as part of truce talks following a bitter, bloody border war in 1962.

Kushok Bakula Rimpochee Airport in the Indian city of Leh supports Indian warplanes for operations over the Himalayas. Kushok Bakula Rimpochee’s 9,000-foot runway is situated 11,000 feet above sea level. The Su-30 doesn’t work well in those conditions, according to Cooper. “They’re happy if the jet can launch while carrying two [air-to-air missiles],” Cooper wrote. “And brake-discs and tires must be replaced after every single sortie.”

See Details: Alleged Photos Shows IAF Deploys New AH-64E Apache Attack Helicopters & Upgraded MiG-29 Fighter Jet In Ladakh
The lighter MiG-29 apparently functions better in Leh than the Su-30 does. But that doesn’t mean the old MiG is the right choice for India. The MiG-29s New Delhi plans to buy from Russia apparently are outdated models that Russian workers will refurbish before handing over. “They are simply not up to the task,” Cooper said of the MiG-29s.

So why, when confronted with an encroaching Chinese army, does the Indian air force want Sukhois?

It should be obvious. Indian firm HAL builds the Su-30s under license in India. Buying Sukhois funnels Indian money to Indian companies. Although, as Cooper pointed out, with adequate political will India could license the Rafale, too.

“The experiences of last year should’ve brought the Indians to their senses,” Cooper said. “They could’ve bought more Rafales.”

India-China Border Faceoff
India and China have been in a border standoff since the last week of April in both the Galwan Valley and Pangong Tso. Beijing objects to infrastructure development by New Delhi along the Line of Actual Control and the situation escalated.

India on Tuesday said 20 of its soldiers were killed after a violent clash with Chinese forces a day earlier in the strategically important Galwan Valley on the Himalayan frontier, a dramatic escalation that represents the first combat fatalities between the Asian powers since 1975.

Beijing confirmed there had been casualties in Monday’s clash but gave no further details.

Several news outlets stated that 10 Indian soldiers, including 4 officers, were taken captive and then released by the Chinese on 18 June. India, however, did not confirm or deny these reports and on 19 June, Chinese foreign ministry responded that China “presently has not detained any Indian personnel”.

Thousands of soldiers from both sides have been locked in a standoff in the remote region of Ladakh. 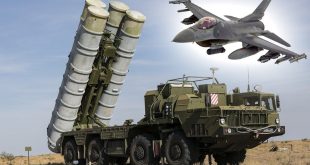