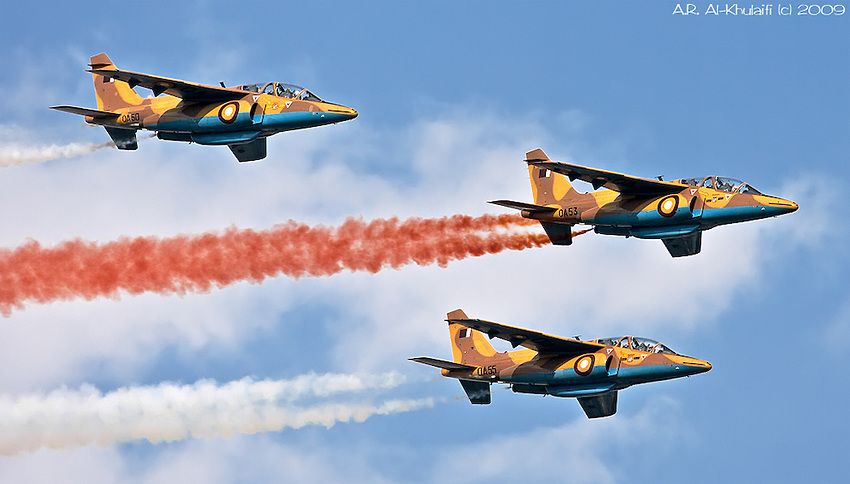 The incident was announced on the ministry’s Twitter account without mention of the date or time of the incident.

“During a training flight a collision occurred between two training planes and the pilots were able to safely get out by using the ejection seat,” a statement on the ministry’s Twitter account said. It did not say when the collision happened.

The ministry did not identify the types of aircraft involved in the collision.

The incident comes several weeks after two Eurofighter Typhoon fighter jets collided over Northern Germany during a training mission. One of the pilots survived the incident, while another was later found dead.

Qatar is home to the massive Al-Udeid Air Base, which hosts US Central Command’s forward headquarters and thousands of American troops.

Lieutenant Colonel Christine D Millette of US Air Force Central Command says US officials are “aware of the Qatari midair collision, but we have not been asked for support at this time”.

Qatar has spent about $30bn on military hardware since Saudi Arabia, the United Arab Emirates and Bahrain imposed a land, sea and air blockade on their Gulf neighbor in June 2017.