A Vietnamese fighter-bomber Sukhoi Su-22 crashed killing two pilots. The pilots were on a training drill when their aircraft crashed around midday in Nghe An province

Senior Lieutenant-General Nguyen Trong Nghia, vice chairman of the General Political Department under the Vietnamese People’s Army, told online newspaper VietNamNet that the Air and Air Defense Force told him the Su-22 with two pilots on board had an accident when conducting a regular training flight on a hill in Nghia Yen commune, Nghia Dan district.

“The two pilots have died,” the newspaper quoted Ngo Trong Nghia, chief of the communal police, as saying.

An official with Nghia Dan district told Reuters that the aircraft crashed in a hilly area in the district, which is around 300 km (180 miles) south of Hanoi.

The aircraft departed from the civil-military airport of Sao Vang in the neighbour central province of Thanh Hoa, Vietnam News Agency reported. It was broken into pieces after crashing with a big explosion.

Images on state media showed a large plume of smoke rising from dense mountain jungles where the plane – a Russian-made Sukhoi Su-22 from Vietnam People’s Air Force – went down. 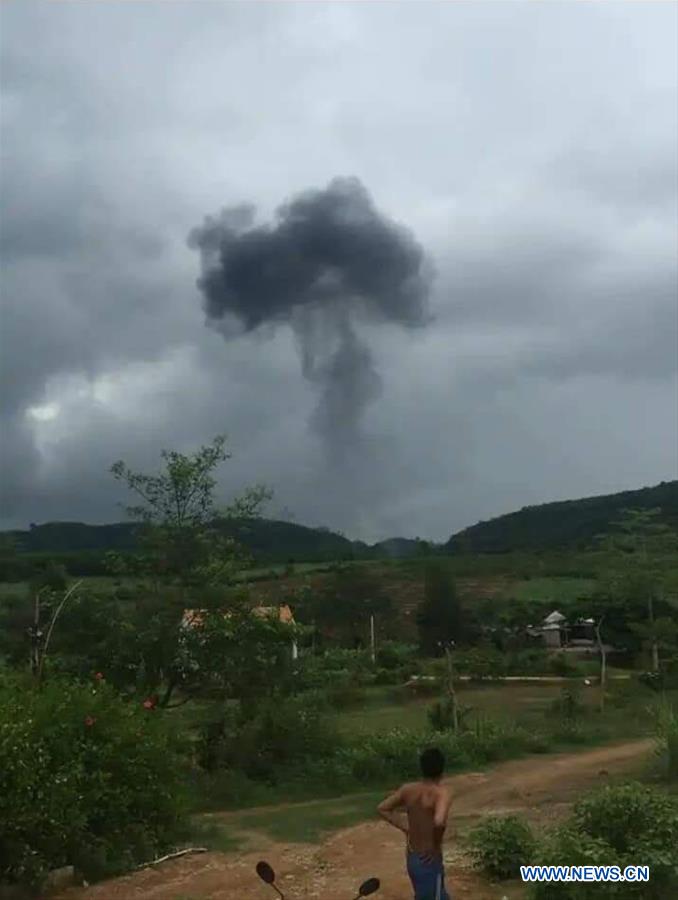