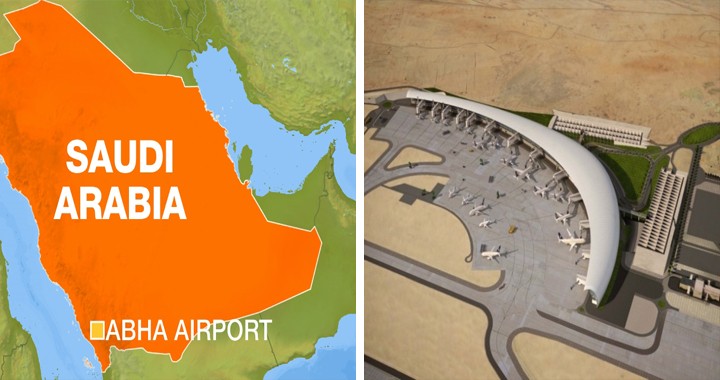 The rebels said they had launched a cruise missile at the facility. Coalition military spokesman Col Turki al-Maliki said a projectile fired by the Houthis hit Abha International Airport at 02:21 on Wednesday (23:21 GMT on Tuesday), according to a statement carried by the official Saudi Press Agency.

Col Maliki said the attack on a civilian airport, which is about 110km (70 miles) from the border with Yemen, was a violation of international humanitarian law and that it might constitute a war crime.

Three women and two children were among those hurt when the arrivals hall at Abha airport was hit early on Wednesday, according to a statement.

The coalition would “take urgent and timely measures to deter this terrorist militia, and to ensure the protection of civilians and civilian objects”, he added.

Col Maliki said work was under way to identify the type of projectile involved, but Houthi-run Al-Masirah TV cited rebel military spokesman Brig-Gen Yahia Sari as saying it was a cruise missile.

“The latest US systems could not intercept the missile. This strike spread panic and fear among enemies and caused a great confusion in their side,” he added.

Abha International Airport is an airport in Abha, the capital of ‘Asir Province in Saudi Arabia. 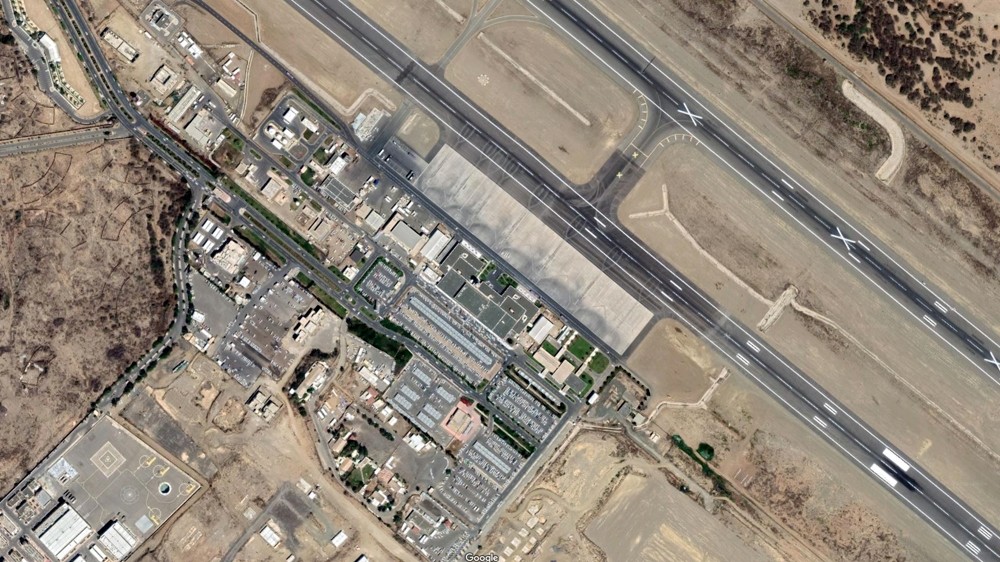 Al-Masirah said it was the second time the Houthis had fired a cruise missile. The first reportedly targeted a nuclear power plant under construction in Abu Dhabi in 2017. There were no reports of a missile reaching the emirate at the time.

It was not yet clear what type of missile was used in the attack. The coalition said the attack proved that the Houthis have acquired “advanced weapons from Iran”.

The latest attack comes a day after Riyadh said it intercepted two drones fired by the Houthis, who control a large part of Yemen, including the capital Sanaa.

The rebels said they had targeted the King Khalid airbase near Khamis Mushait.

Saudi Arabia leads a coalition of Arab states backing Yemen’s government in its four-year war with the Houthis.

Yemen has been devastated by a conflict that escalated in March 2015, when the rebels seized control of much of the west of the country and forced President Abdrabbuh Mansour Hadi to flee abroad.

Alarmed by the rise of a group they believed to be backed militarily by regional Shia power Iran, Saudi Arabia and eight other mostly Sunni Arab states began an air campaign aimed at restoring Mr Hadi’s government.

Previous U.S. Air Force Almost Brought Back the iconic World War II Fighter Aircraft and it might even have replaced the A-10 Warthog
Next Top 10 Fighter Aircraft Aerial Dogfight movie scenes of all time