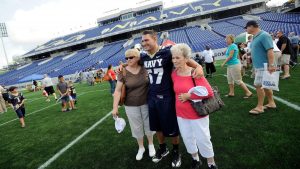 U.S. Naval Air Forces said f18 fighter jet was  making its  final approach toward Naval Air Station Key West at about 4:30 p.m. when their jet went down about a mile from the runway. The cause of the crash remains under investigation.

“Our hearts and deepest condolences go out to the entire King family,” Navy Coach Ken Niumatalolo said in a release. “We lost a dear brother and warrior. The entire Navy Football Brotherhood mourns the passing of a great American. We love you Caleb!”

King, 30, made six starts and saw action in 38 games as a 6-foot, 223-pound inside linebacker for the Midshipmen from 2009-11, and he was also a key contributor on special teams. 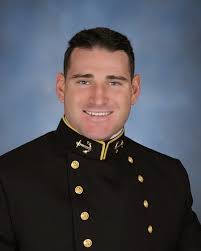 King and Johnson were assigned to the Blacklions of Strike Fighter Squadron VFA-213.

According to the Sentinel, King’s nickname within the squadron was Juggernaut “because he needed to be measured to make sure he’d fit in the cockpit.” 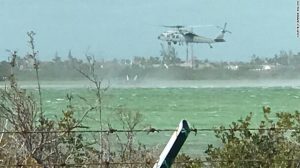