Explosion At U.S. Embassy In Kabul Just After The Clock Struck Midnight On The Anniversary Of 9/11 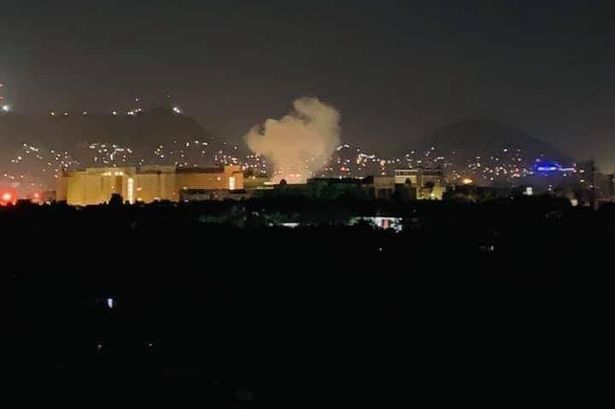 A rocket exploded at the Afghan Defense Ministry complex near the U.S. Embassy in Kabul on the anniversary of the September 11 attacks in the United States.*

Loudspeakers inside the office broadcast a warning that “an explosion caused by a rocket has occurred on compound,” The Associated Press reported.

No one was injured, the nearby NATO mission told the AP.

“A rocket hit a wall at the Defense Ministry, with no casualties reported,” Interior Ministry spokesman Nosrat Rahimi said in a statement.

“We can confirm there was an explosion near the U.S. Embassy in Kabul,” a State Department official said. “U.S. [diplomatic] mission personnel were not directly impacted by this explosion.”

Photograph of thick smoke visible in Central Kabul on 9/11 anniversary after midnight explosion. Still no details out on casualties or exact nature of the blast. US Embassy alarm bells did go off. Waiting for more details. #Afghanistan pic.twitter.com/nf2VWmMnAz

The blast comes on the 18th anniversary of the 9/11 terrorist attacks on the United States that ushered in the war in Afghanistan, and just after U.S. President Donald Trump announced that peace talks with the Taliban were “dead.”

A US State Department official told Radio Free Europe/Radio Liberty: “We can confirm there was an explosion near the US Embassy in Kabul. US mission personnel were not directly impacted by this explosion.”

Nosrat Rahimi, a spokesman for the Afghan Ministry of the Interior, told Gulf News that the rocket hit a wall at the defense ministry and that no one was hurt.

The news came amid heightened tensions between the US and the Taliban, the insurgent group that rules over large swathes of Afghanistan.

US and Taliban officials were due to meet at Camp David in Maryland on Sunday to discuss a peace process and an end to the US military presence in Afghanistan, but President Donald Trump abruptly canceled the talks the day before.

A Taliban spokesman, Zabihullah Mujahid, told Al Jazeera that the US would suffer the consequences of axing the talks.

The US invaded Afghanistan in November 2001 with the aim of defeating Al Qaeda and hunting down Osama bin Laden, the mastermind of the 9/11 attacks whom the US accused the Taliban of hiding.