Photo of Operation Swift Retort Memorial at PAF Base Mushaf appeared on defence.pk.

operation Swift Retort memorial seems to show Dummy Tails of IAF jets shot down along with a long list of all those who participated in the operation.

According to the photo’s IAF MIG-21 Bison flown by WC Abhinandan, OC No. 51 Sqn of IAF, dared intruding into Pakistan Air Space and was promptly shot down by PAF F-16 AM – Wg Cdr Noman Ali Khan – OC No. 29 “Aggressive Squadron”.

Here are the photos: 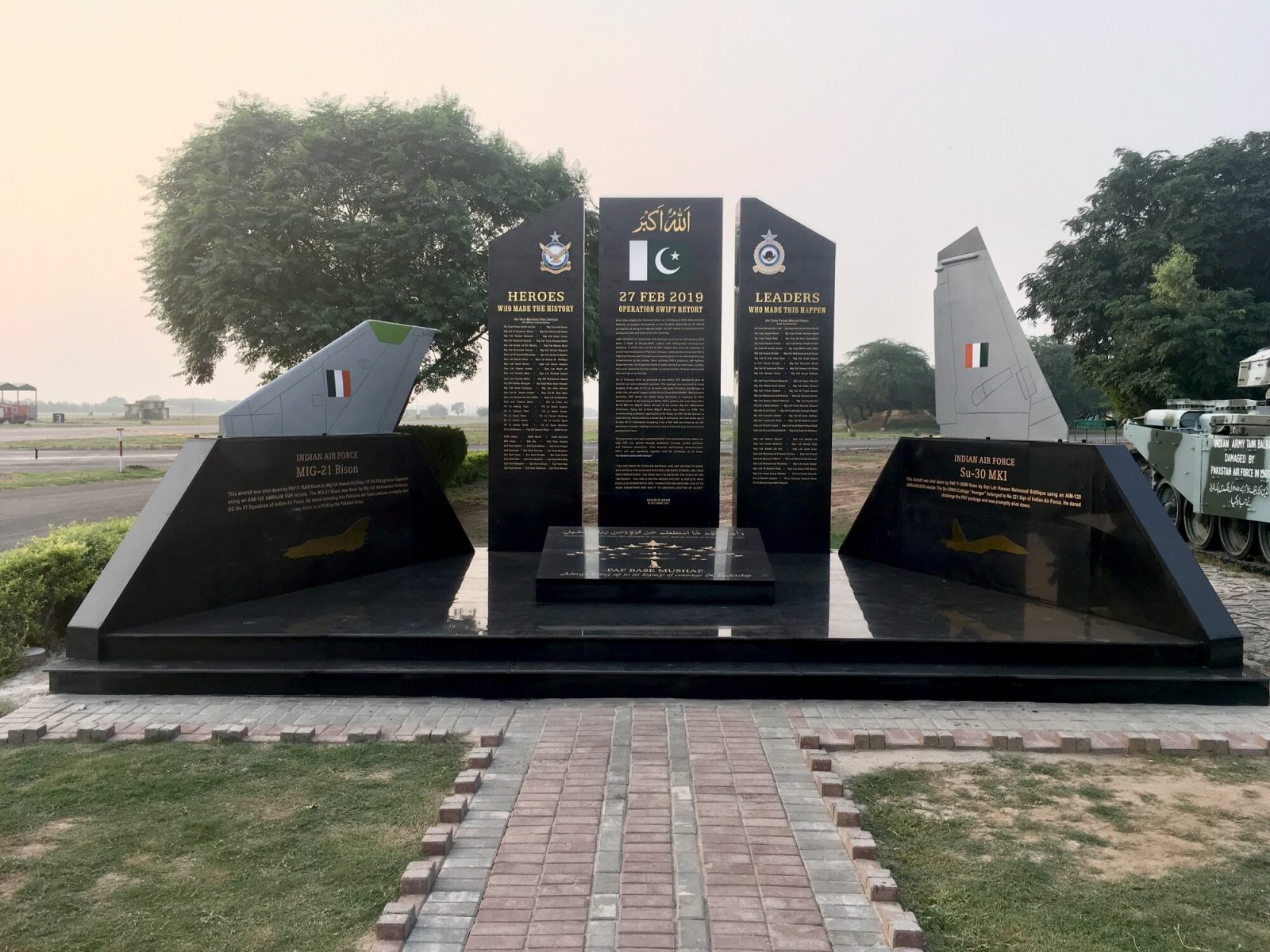 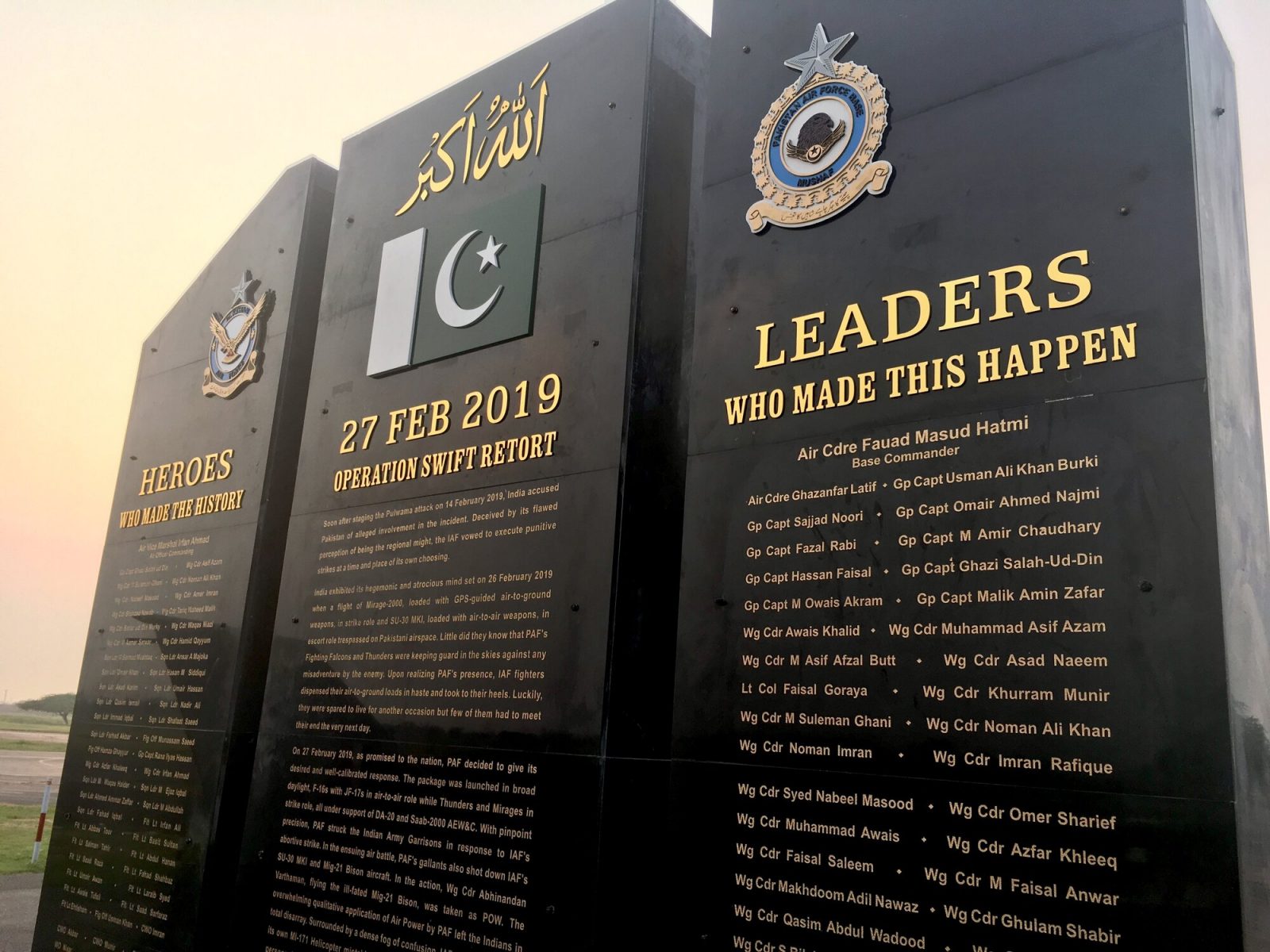 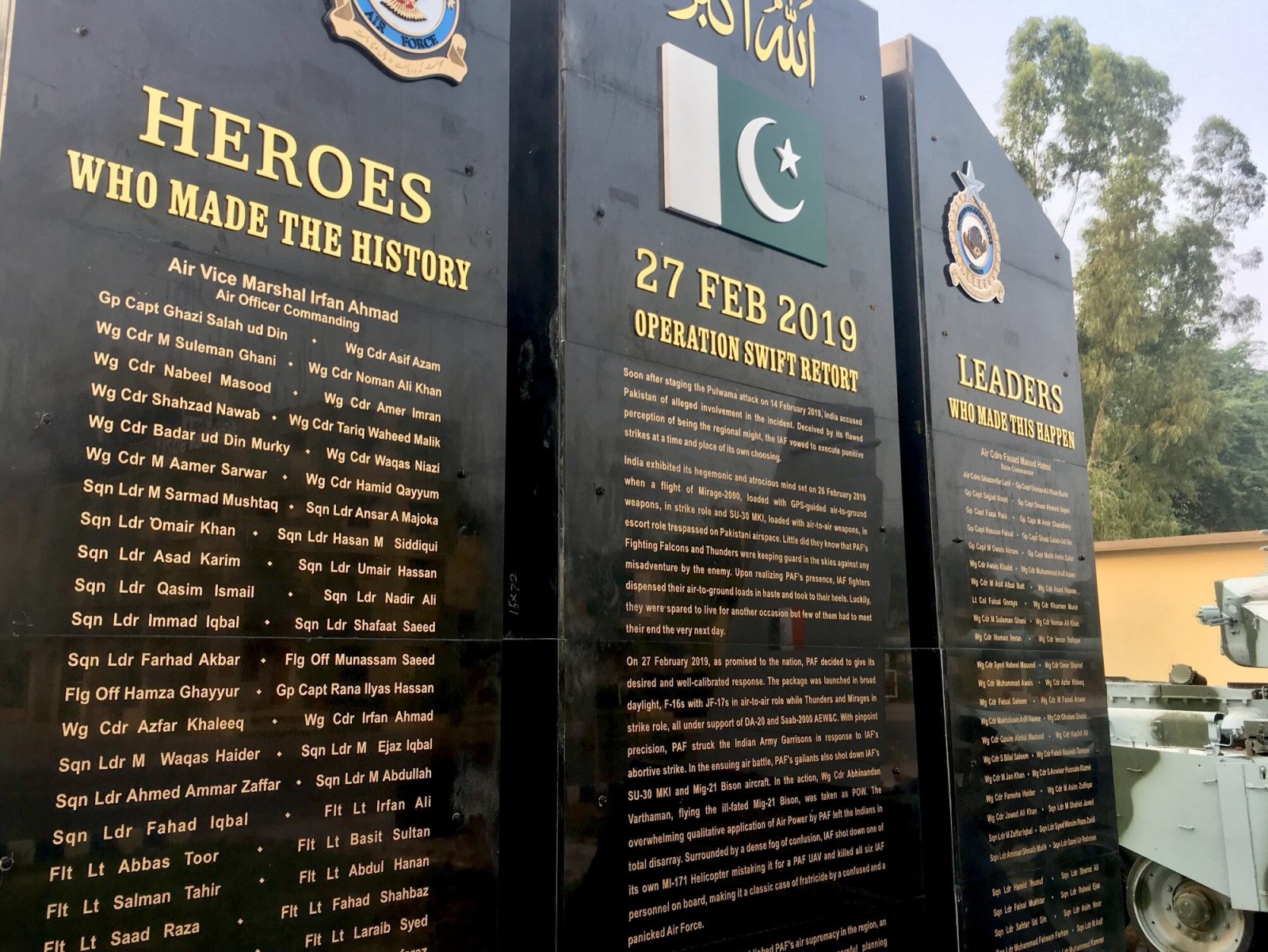 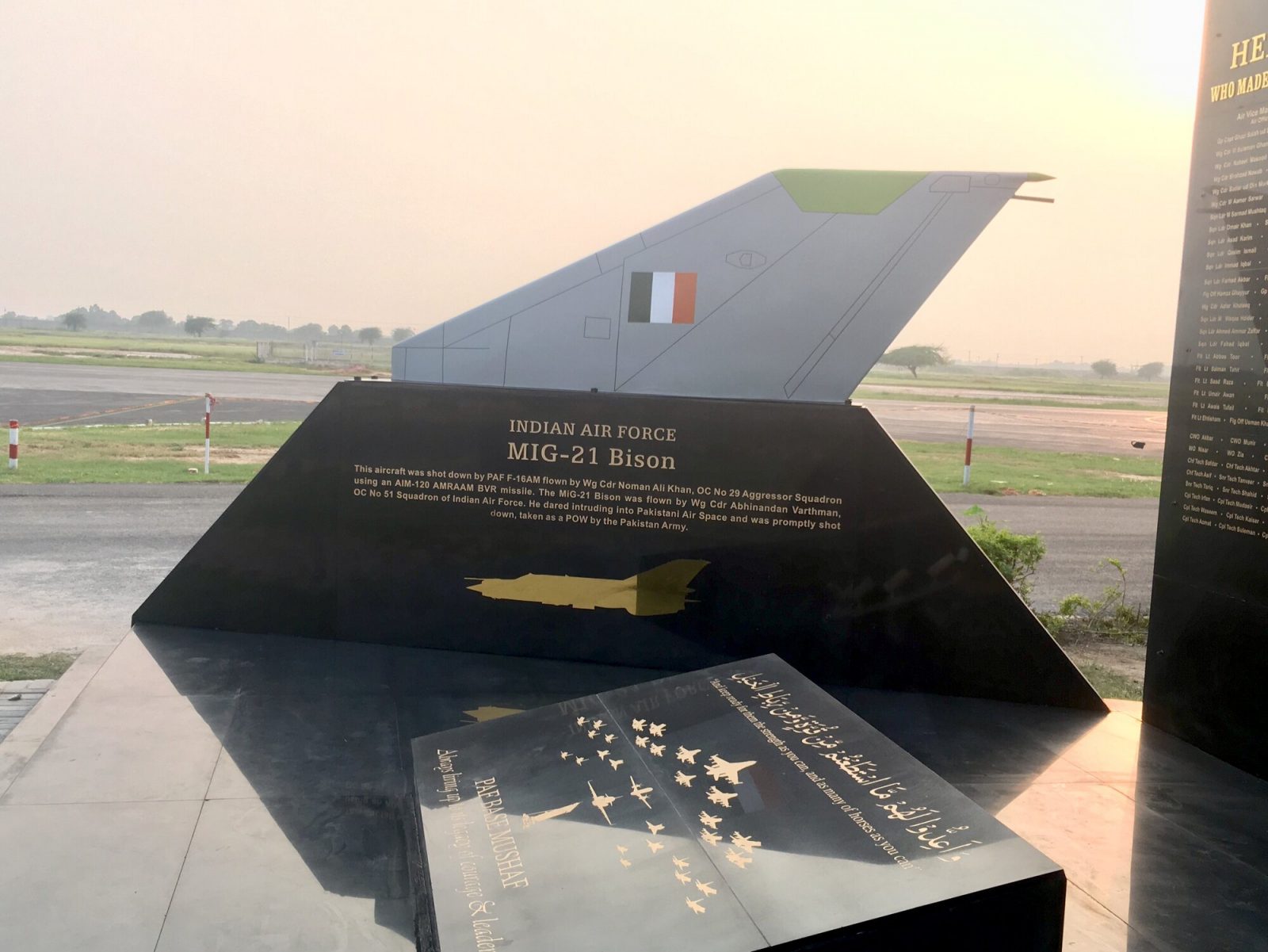 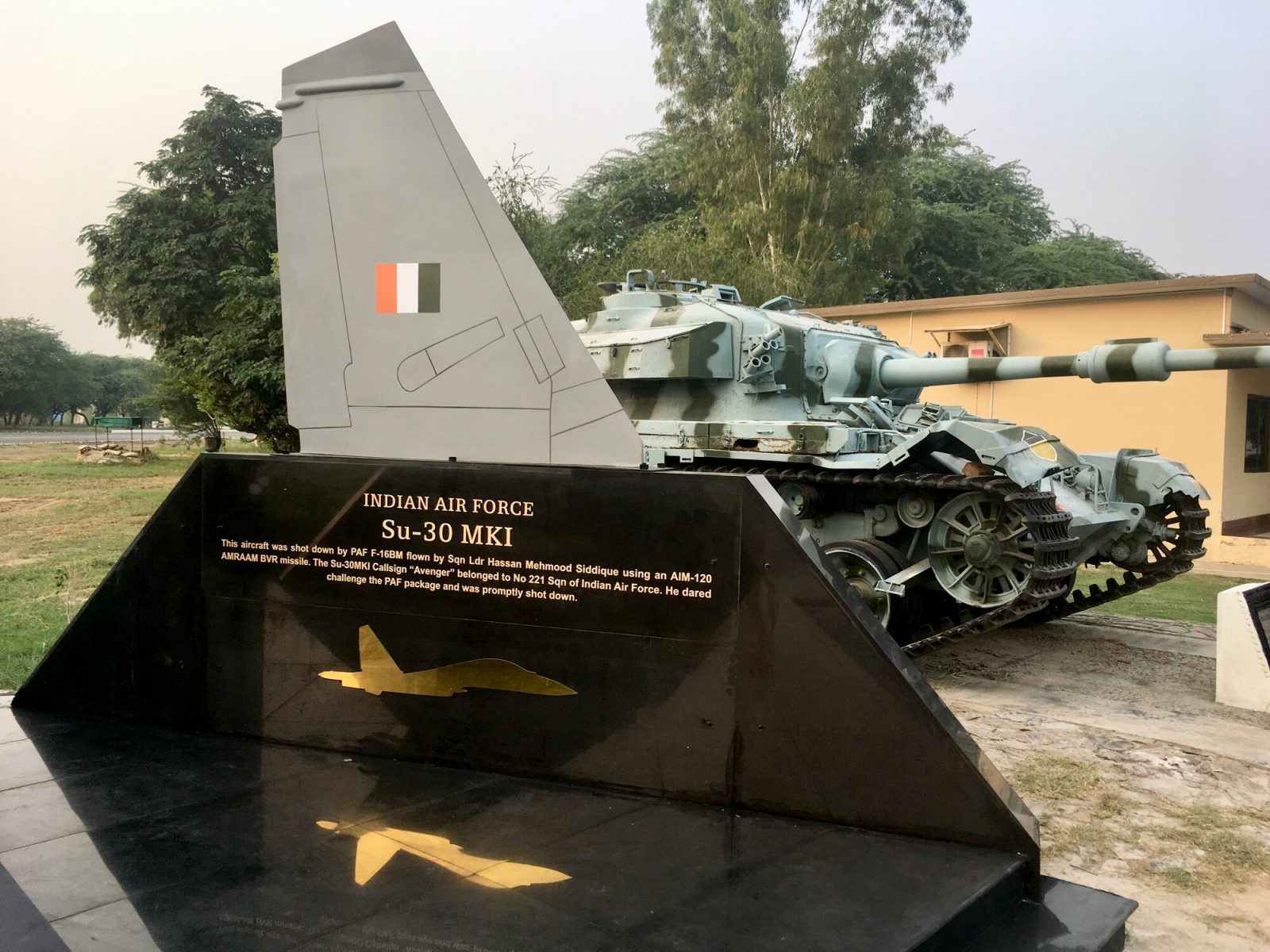 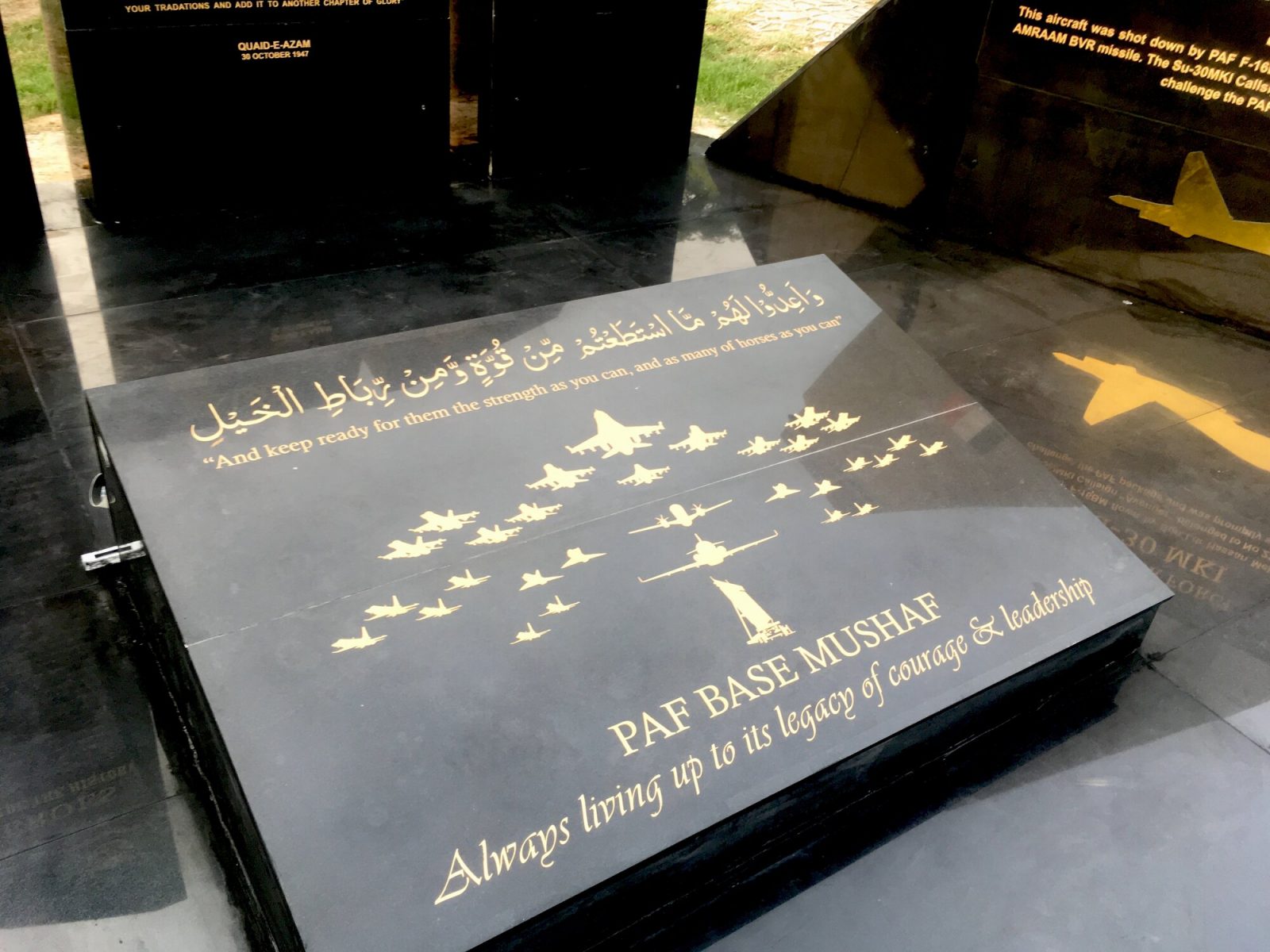 On 27 February 2019, Pakistan Air Force (PAF) conducted six surprise airstrikes at multiple locations in Indian-Administered Jammu and Kashmir (J&K). The airstrikes were part of PAF military operation codenamed Operation Swift Retort and were conducted in retaliation of Indian Air Force (IAF) airstrike in Balakot just a day before on 26 February.

It was the first time since 1971 that both countries airforce had crossed Line of Control (LoC) to conduct airstrikes on the opposing territories.

In the resulting dog fight, Pakistani officials claimed to have shot down two Indian jets and captured one Indian pilot. Indian officials initially rejected that any of the IAF jet was shot down.

Pakistan rejected Indian claims and said that PAF did not suffer any losses in the dog fight. Pakistani officials claimed that “in this day and age, it is impossible to hide downing of aircraft”.

One IAF Mil Mi-17 helicopter was also lost as a result of friendly fire, killing everyone aboard.

Previous Explosion At U.S. Embassy In Kabul Just After The Clock Struck Midnight On The Anniversary Of 9/11
Next Israel Spied On White House Using Mysterious Surveillance Equipment