IAF TEJAS MISSES ANOTHER DEADLINE FOR BEING FULLY COMBAT-READY 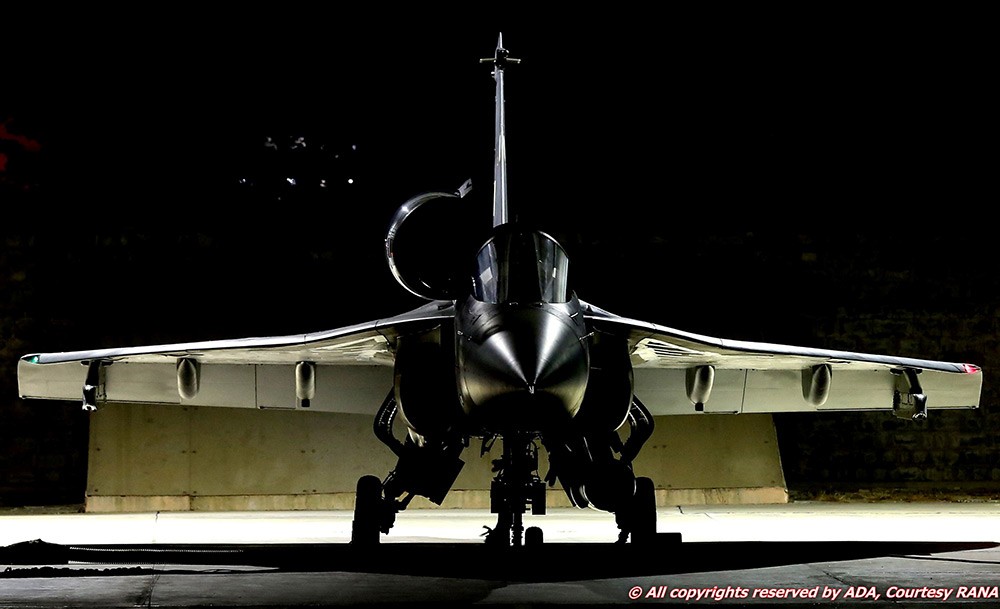 According to The Time of India Article published on Jul 9, 2018, Tejas misses June deadline for being fully combat-ready

The indigenous Tejas fighter first approved way back in 1983, has missed yet another deadline to become fully combat-ready. After several target revisions, the government had repeatedly declared over the last couple of years in Parliament that the jet would get its final operational clearance (FOC) by June 2018.

But the single-engine Tejas is still far away from achieving the FOC, amidst galloping costs and operational concerns, say defence ministry officials. The estimated overall development and production cost of the first 123 light-weight Tejas – only nine delivered till now in their initial operational clearance (IOC) configuration – has also zoomed past Rs 75,000 crore.

India desperately needs its own home-grown fighter, with IAF down to just 31 fighter squadrons (each with 18 jets) when at least 42 are required to tackle Pakistan and China. The free-fall in numbers will continue, despite induction of 36 French twin-engine Rafale fighters in 2019-2022 under the Rs 59,000 crore contract of September 2016, due to progressive retirement of 10 squadrons of old MiG-21s and MiG-27s. 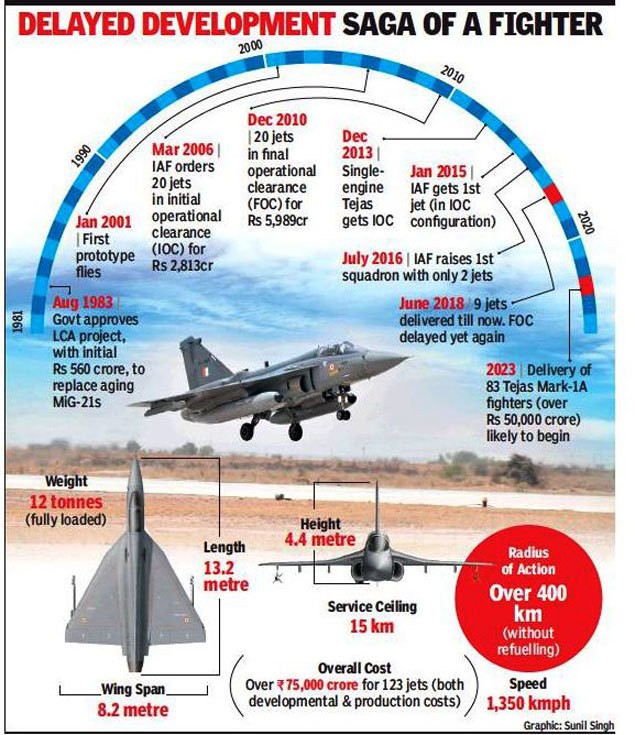 India of course also relaunched its Rs 1.25 lakh crore ($20 billion) project to acquire 114 fighters, the bulk of them to be built domestically, in April. But it’s still early days for this long-drawn contest among F/A-18 and F-16 (US), Gripen-E (Sweden), MiG-35 (Russia), Rafale (France) and Eurofighter Typhoon, for which the six aviation majors submitted initial bids on Thursday and Friday.

Six years down the line, it remains a pipe dream. “Tejas has achieved significant gains but its entire project management needs to be overhauled. Hindustan Aeronautics Ltd is far away from delivering 16 Tejas per year as required. MoD is also examining the Rs 50,000 crore being demanded by HAL for producing 83 Tejas Mark-1A fighters, with 43 improvements over the existing version,” said an official.

Though Navy has rejected its aircraft carrier-capable variant, IAF has put its weight behind Tejas. In addition to the “Committed” 123 jets, it is open to inducting another 201 Tejas Mark-II jets if they are entirely new fighters with much better avionics and radars, enhanced fuel and weapons carrying capacity, and more powerful engines, as earlier reported by TOI.

Tags IAF TEJAS MISSES ANOTHER DEADLINE FOR BEING FULLY COMBAT-READY