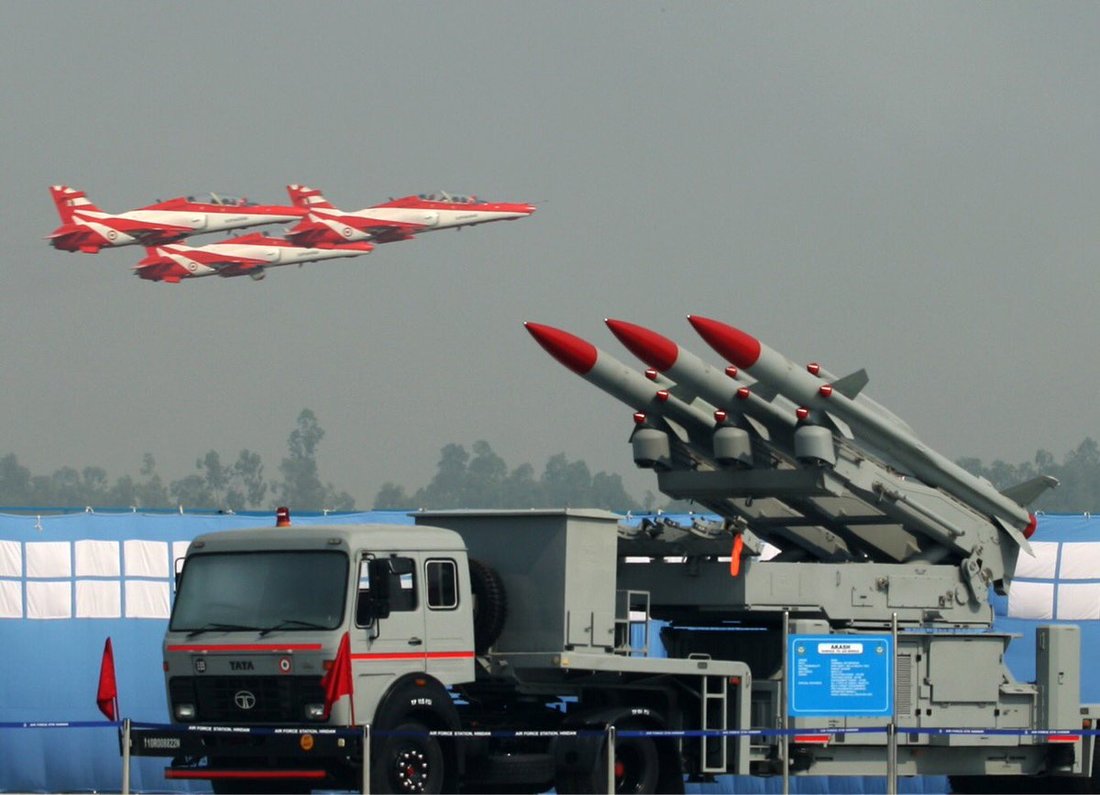 In a bid to boost to Air Force’s capability to take down enemy fighter aircraft, the Indian government has cleared the procurement of six squadrons of the indigenous Akash air defence missile systems worth Rs 5,000 crore to be deployed on the borders with Pakistan and China.

The three-year-old proposal for the acquisition of the Akash missiles is being seen as the whole-hearted acceptance of the indigenous missile system among the armed forces as this clearance would increase the number of Akash systems ordered for the Air Force to 15, the sources said.

The initial order for the Akash by the Air Force was for two squadrons and the increased orders show the faith it has in the system, they said.

During an exercise in Surya Lanka held last year, the Akash missile system was tested along with all other air defence missiles including Israeli ones in the Air Force inventory and it came out as the best performer.

Akash missile has been chosen by the Defence Ministry over foreign systems also as the government scrapped an Army tender worth over Rs 17,000 crore to favour the Akash.

The missile proposal has been cleared for the Air Force after the service felt the need for more such weapon systems in wake of the February 27 post-Balakot strike scenario when Pakistanis has launched a counter-attack.

According to the report, the crucial contract for 83 Light Combat Aircraft (LCA) is like to be signed in the next few months, probably towards the end of the year. The development is significant given that the IAF is in dire need of replacing its existing fleet of fighter jets. In fact, it is set to welcome the first batch of French Rafale fighter jets by month-end.