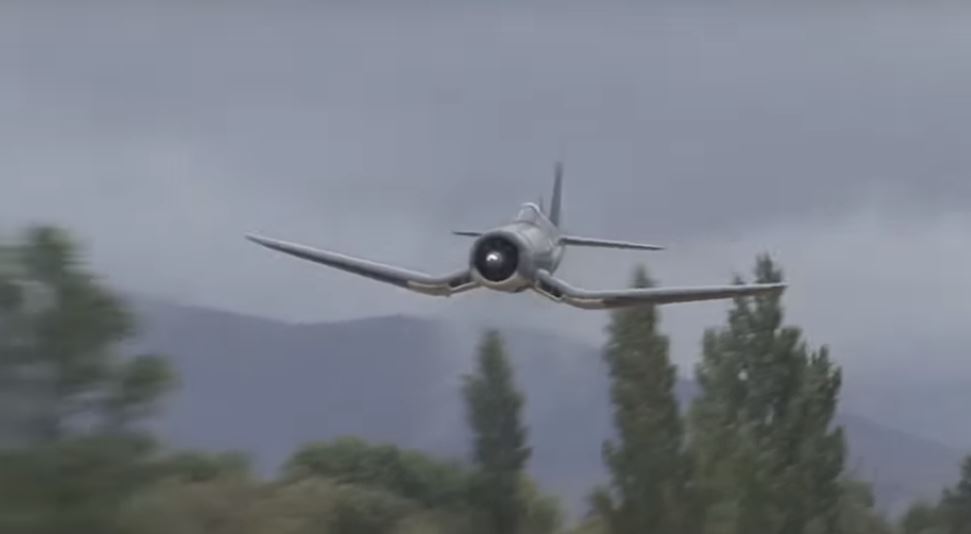 The Chance Vought F4U Corsair was designed as a one-seat fighter plane able to take off and land on carriers in 1938. Unfortunately for Vought and the U.S. Navy, a nimble enough Corsair would only be shipped years later, in 1944. Until an improved model was made available, the fighter would operate from shore

. Vought themselves couldn’t handle the orders so many of the Corsairs ended up being manufactured by Brewster and Goodyear.

With only enough room for one pilot, a wingspan of 41 ft and a weight of nine thousand pounds, the gull-winged Corsair could reach a speed of 417 mph, fly at almost 37 thousand feet and climb 2900 feet per minute

It had six M2 Browning machine guns mounted on the wings and the capacity to carry twenty rockets or two thousand pounds worth of bombs.

As if Corsair wasn’t a great name in the first place, the fighter soon earned itself many other nicknames, none as ominous as the Whistling Death, rumored to have originated from Japanese soldiers who heard the plane diving menacingly above their positions.

Due to its ability to descend quickly, the Chance Vought F4U Corsair also won the label of kamikaze killer, the fighter often saving Allied ships and carriers from Japanese planes.

f you’ve ever wondered how a fighter aircraft with a huge and noisy radial engine like WW2 Corsair could end up with a nickname that refers to the whistling noise it makes in a high-speed dive this is the video you’ve been waiting for.

Crank up your sound system and listen to the whistle… This Goodyear-built FG-1D Corsair of the Old Stick and Rudder Company is shown here during a display at Hood Aerodrome, Masterton, New Zealand.