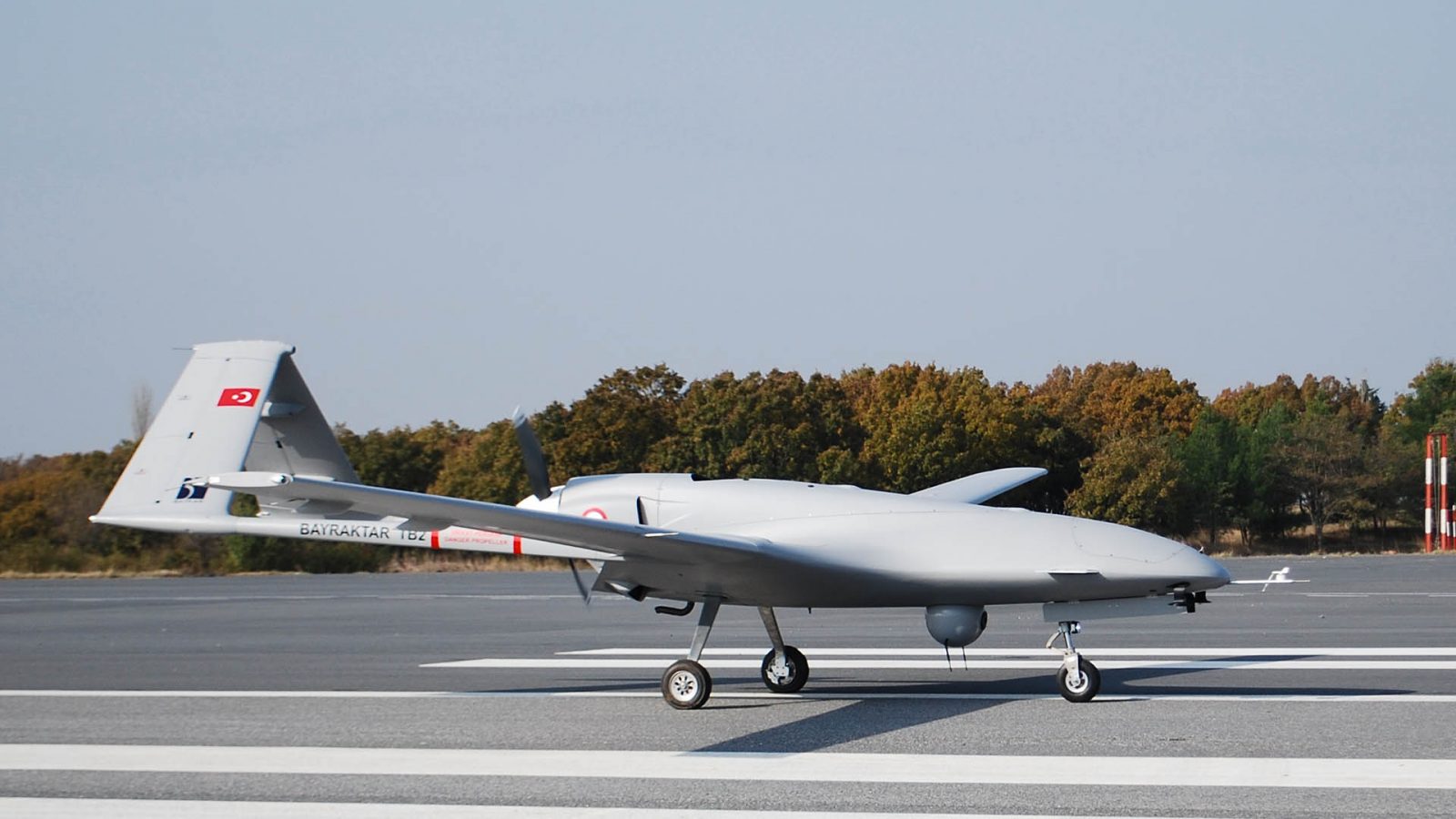 The Libyan National Army (LNA) announced early on September 13 that its air-defense units had shot down a Turkish unmanned combat aerial vehicle (UCAV) near a key airbase in the central part of the country.

The Turkish drone which attempted to target al-Jufra airbase.

The drone was shot down after taking off from Misrata airbase and before targeting the al-Jufra airbase, according to a statement from the LNA.

“The plane was shot down after taking off from Misrata Air Base, before it could target the al-Jufra Air Base,” the LNA’s media center said in a statement.

Turkey is operating Bayraktar TB2 UCAVs from several airbases in northwestern Libya to support the Government of National Accord (GNA). However, it is unclear yet if the allegedly downed drone was of this type.

Located in the heart of Libya, al-Jufra Airbase is one of the main headquarters of the LNA. Last June, a Russian-made Pantsir-S1 air-defense system of the UAE military was spotted near the airbase. The system may have been used to shot down the drone.

The LNA has controlled the al-Jufra strategic airbase since June 2017. The district of Jufra is just over 500 km southwest of Benghazi, and about the same distance southeast of Tripoli.

The LNA claims that several Turkish UCAVs were shot down over the last few months. However, it is yet to present any evidence.

Libyan forces loyal to eastern-based commander Khalifa Haftar launched an offensive in April to capture Tripoli, home to the UN-recognized Government of National Accord (GNA), which relies on the support of Turkish-trained militias who are suspected of facilitating the movement of foreign extremists from Syria and Iraq into Libya.