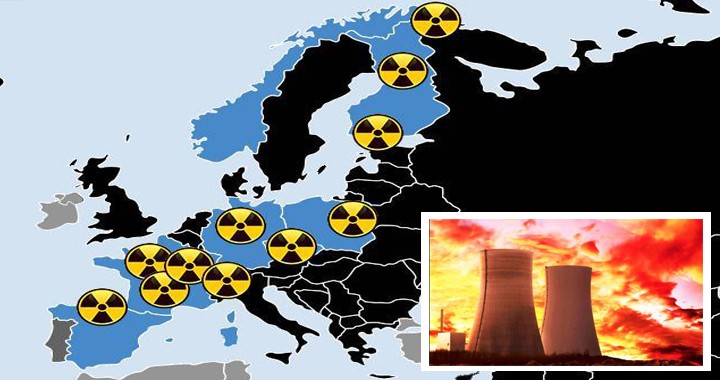 An international team of researchers has traced an unusual 2017 radioactive release that blanketed a large part of Europe to Russia.

The cloud was not harmful outside of Russia, according to the paper published in scientific journal PNAS, but researchers said there may have been a more serious fallout in the direct proximity of the release site.

In 2017, scientists from an Italian laboratory issued an alert: They had detected radioactive ruthenium-106 in the air in Milan. It was not enough to be dangerous, but it was certainly not natural. Other laboratories in the informal Ring of Five network of European nuclear monitoring stations soon confirmed similar observations in Austria, Norway, and the Czech Republic. Within a few days, more than two dozen countries in Europe had confirmed the detections of the radioactive compound.

Ruthenium is a transition metal, similar to platinum, that is used in electronics, solar cells, and some jewelry. The last time anyone had detected the radioactive isotope ruthenium-106 in the atmosphere was after the Chernobyl disaster. It is a byproduct of the fission of uranium-235, a common nuclear fuel. Detecting it was a near-definite indication of a nuclear accident.

The French Institute for Radiological Protection and Nuclear Safety, known as IRSN, quickly determined in an investigation that the plume of ruthenium had originated in the southern Ural Mountains, in Russia, through the reprocessing of spent nuclear fuel. In that area of the world, there is only one nuclear reprocessing plant: the Russian facility Mayak. The Russian state nuclear corporation, Rosatom, has denied in multiple statements that any such release of nuclear material occurred. A new study, however, seems to have definitively established Mayak as the origin of the ruthenium-106.

After the ruthenium plume was detected in late 2017, IRSN issued a report in which it theorized that the accident occurred when Mayak attempted to create a highly compact, highly radioactive material that could emit a large number of neutrinos (difficult-to-detect fundamental particles) for a physics experiment in Italy called SOX. The experiment called for a sample of cerium-144, a soft and silvery metal with some special properties. It is radioactive enough to emit a large number of neutrinos, and can be small enough that its volume won’t interfere with calculations. Younger nuclear fuel would have a higher concentration of radioactive cerium-144, allowing the sample to be smaller while still being extremely radioactive.

Russian authorities have repeatedly denied responsibility for the release of the ruthenium-106 isotopes, and the delay in identifying the suspected origin site has robbed scientists of crucial evidence it would need to help prevent another massive leak, the researchers said.

In a statement on Tuesday, Rosatom denied the accusations, saying: “We maintain that there have been no reportable events at any Rosatom-operated plants or facilities.”

“Both the national regulator and experts from an independent international inquiry inspected the Mayak facility back in 2017 and found nothing to suggest that the ruthenium-106 isotope originated from this site, nor found any traces of an alleged accident, nor found any evidence of local staff exposure to elevated levels of radioactivity,” Rosatom added.

Instead, Russian officials previously suggested a reentered satellite may have burned and released the isotopes.

But it is now “without question” that the release occurred in Russia, said German radio-ecology researcher Georg Steinhauser, who was part of the international team that analyzed 1,300 data points for the new PNAS study

Steinhauser and others said that Russia’s refusal to take responsibility for the nuclear release remains troublesome, even if nobody was harmed. Scientists rely on rapid evidence gathering after such an event to help formulate plans that could prevent a similar occurrence elsewhere.

Instead, Austrian researchers first raised alarms on Oct. 3, 2017, when they detected unusually high radiation levels in the central European nation — thousands of miles away from the Mayak reprocessing plant. German scientists noticed a similar uptick almost at the same time.

For weeks, the nuclear cloud hovered across parts of Europe, with radiation levels fluctuating before they eventually returned to normal levels. French and German authorities soon confirmed Russia as the likely point of release