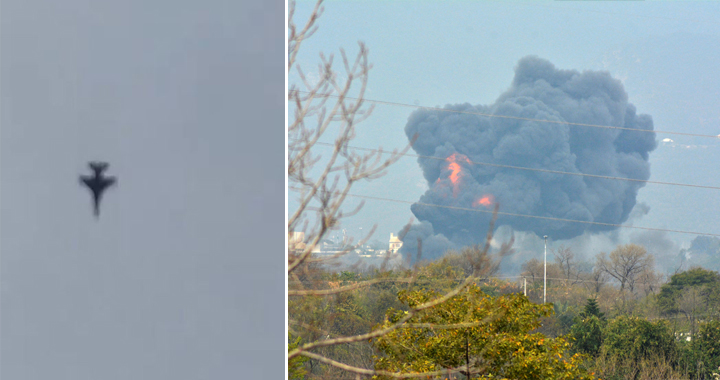 In a statement, the PAF said the aircraft was carrying out rehearsals for the 23 March national day parade. There were no casualties on the ground or damage to property.

“Pakistan Air Force reports with regret that a PAF F-16 aircraft crashed near Shakarparian, Islamabad during the rehearsals of 23 March parade,” the air force said in its statement.

It added that “a board of inquiry has been ordered by Air Headquarters to determine the cause of the incident”.

Footage on social media showed a large plume of smoke billowing into the sky after the plane plummeted to the ground, having apparently attempted a loop.

PAF F-16 crash at Islamabad today believed to be due to bird strike. Aircraft was flown by OC No. 9 San. pic.twitter.com/ki72jwHhNb

Wing commander Nauman is the winner of the Sher Afghan trophy 2019. He was one of the finest F-16 pilot PAF had.  He was considered the best pilot in the PAF and had recently flown Gen. Bajwa in an F-16.