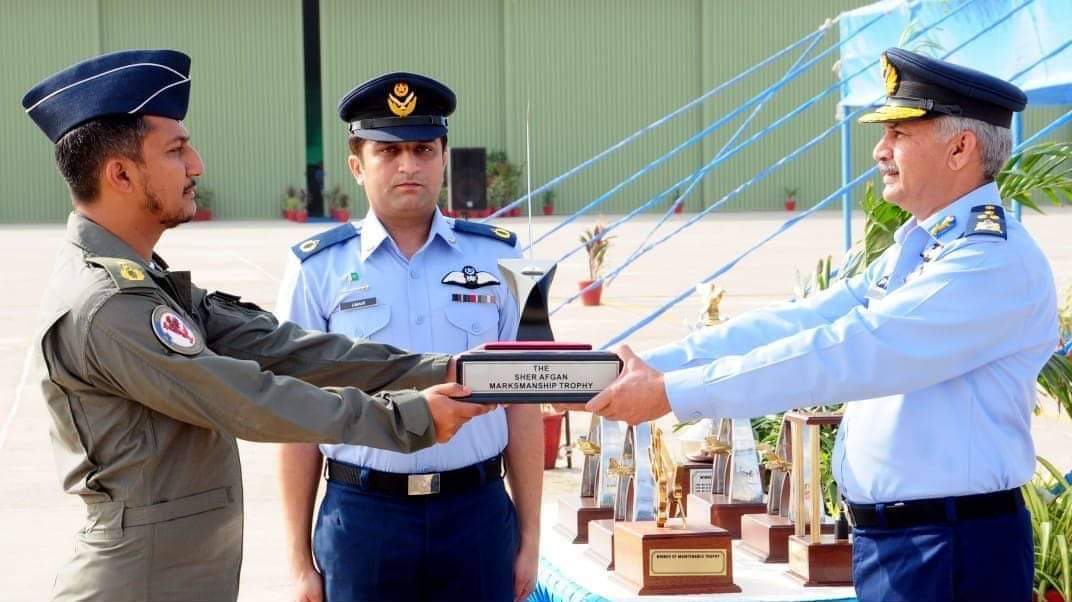 Wing Commander Noman Akram was martyred when his F-16 fighter jet crashed this morning in Islamabad near Shakarparian while practicing for the 23rd March parade.

The plane crashed near Chand-tara jungle according to sources and the area has been cordoned off by Pakistan Army and PAF.

Rescue teams were rushed to the site of crash but unfortunately, Wing Commander Norman Akram embraced martyrdom during the crash of the F-16.

A board of inquiry has been ordered by the Air headquarters to investigate the cause of the crash.

Wing commander Nauman is the winner of the Sher Afghan trophy 2019.

He achieved the highly desirable Sher Afghan Trophy for securing the position of the best marksman in the contest.

He was one of the finest F-16 pilots PAF had. He was considered the best pilot in the PAF and had recently flown Gen. Bajwa in an F-16.

Wing Commander "Noman Akram"
(Champion Of Sherafgan Trophy 2019)
Embraced Shahadat In F-16 Crash During Rehearsal Near Shakarparian Islamabad.
May Allah Give Patience To His Family & Grant Him Higher Ranks In Jannah.#Islamabad #planecrash pic.twitter.com/N8jre8KHog

Rest in Peace Sir, You were one of the Finest F-16Pilot PAF Had, Your services will never be forgotten