China launched two satellites for Pakistan on a Long March-2C rocket from the Jiuquan Satellite Launch Center in northwest China at 11:56 am Monday. 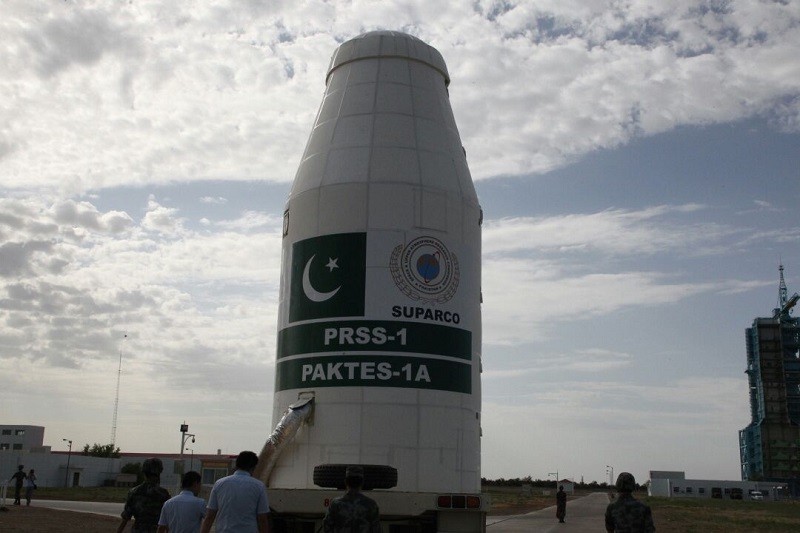 The two were launched this morning on Chinese rocket Long March-2C from the Jiuquan Satellite Launch Center in northwest China.

The PRSS-1 is China’s first optical remote sensing satellite sold to Pakistan and the 17th satellite developed by the China Academy of Space Technology (CAST) for an overseas buyer.

A scientific experiment satellite, PakTES-1A, developed by Pakistan, was sent into orbit via the same rocket.

After entering orbit, the PRSS-1 is in good condition with its solar panels unfolded smoothly, according to CAST.

The satellite, which has a designed life of seven years, is equipped with two panchromatic/multispectral cameras, with a resolution up to a meter and a coverage range of 60 km.

Designers say the two cameras are among the best exported remote sensing cameras made by China. They can be used to monitor plant diseases and pests.

The PRSS-1 will be used for land and resources surveying, monitoring of natural disasters, agriculture research, urban construction and providing remote sensing information for the Belt and Road region.

Monday’s launch is the 279th mission of the Long March rocket series.

It is another space cooperation between China and Pakistan since the launch of PAKSAT-1R, a communication satellite, in August 2011.

It is also the first international commercial launch for a Long March-2C rocket within nearly two decades after it carried Motorola’s Iridium satellites into orbit in 1999.

Previous The Most Crackerjack Of A 4th Gen. Fighter America Has Ever Produced- F-15SA
Next Forget AMRAAMs & METEORs, RUSSIA new missile can hit target 300KM away