Home / Article / The Most Crackerjack Of A 4th Gen. Fighter America Has Ever Produced- F-15SA

The Most Crackerjack Of A 4th Gen. Fighter America Has Ever Produced- F-15SA 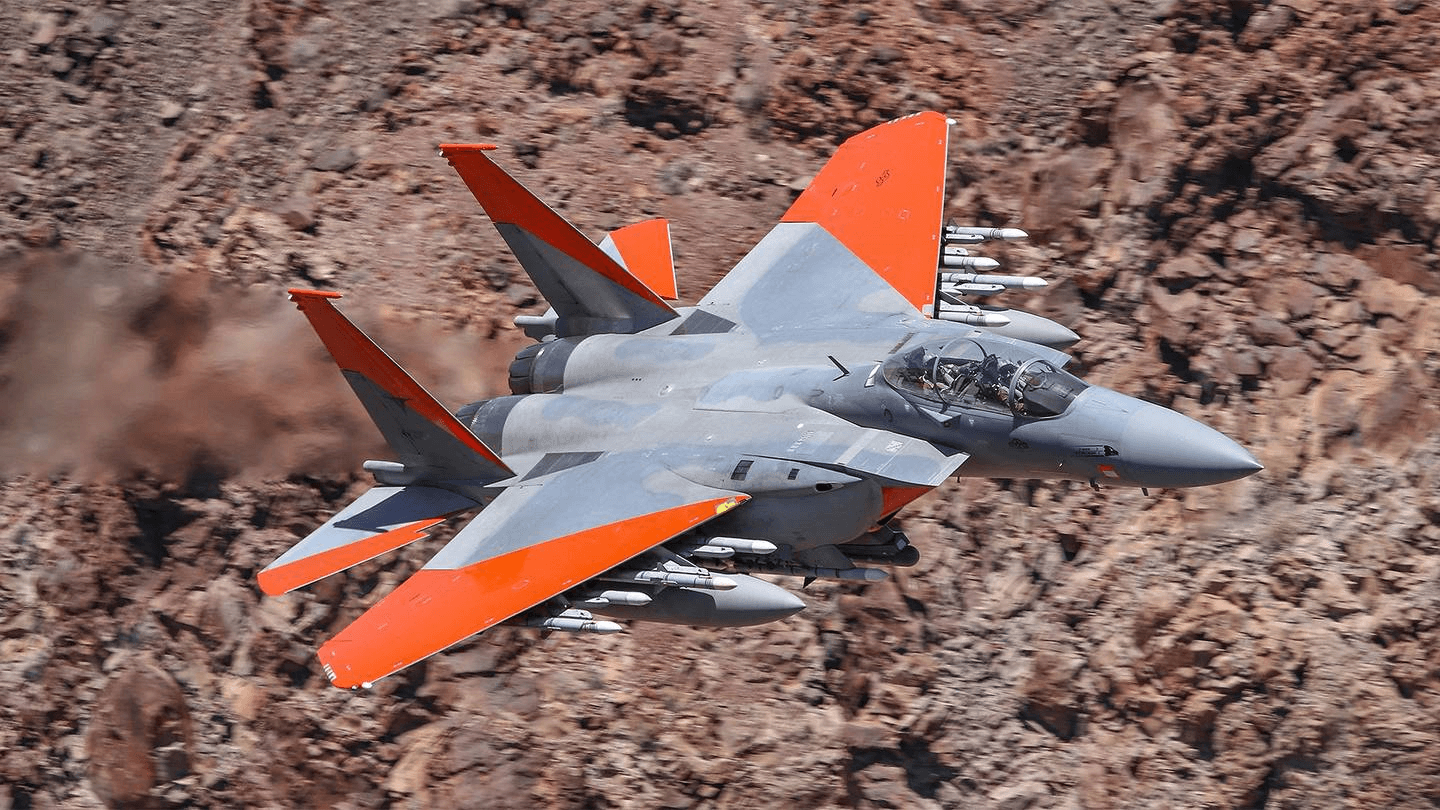 The F-15SA is described as the most capable version of the Eagle and as being more advanced than other 4th Gen. aircraft of US Air Force. It brings improved performance, increased warload, enhanced situational awareness and better survivability – at a lower life-cycle cost.

Saudi Arabia had ordered some 84 new-build F-15SAs and 70 upgrade kits to retrofit their existing Strike Eagles to the new standard. When the massive $29.5 billion contract was signed December 2011, it was the largest foreign military sale in the history of the United States. Now Qatar is also getting 36 of these fighter jets.

In the ensuing years, Boeing has developed and tested the upgraded jets, which are powered by two General Electric F110-GE-129 Improved Performance Engine (IPE) turbofans instead of original Pratt & Whitney F100-PW-229s.

Under the starboard (right) engine intake is a Lockheed Martin Sniper targeting pod, though I am not sure whether this is the standard Sniper Advanced Targeting Pod (ATP), the newer Sniper Extended Range (XR), or the Sniper Advanced Targeting Pod – Sensor Enhancement (ATP-SE). The Sniper Pylon also incorporates an AN/AAS-42 Tiger Eyes infra-red search and track (IRST) system. Besides the aircraft is equipped with DB-110 Electro-Optical reconnaissance pod for intelligence, surveillance and reconnaissance (ISR).

THE MOST OUTSTANDING UPGRADE :

Perhaps the single most significant upgrade found in the F-15SA package is a new Goodrich full-authority digital fly-by-wire (FBW) flight control system with no mechanical back-up. Previous versions of the Eagle used a hybrid computer augmented stability system. The addition of the fly-by-wire system allowed Boeing to reactivate the F-15’s two dormant outboard wing hardpoints 1 and 9, that had always been present, but never used.

Actually these two outboard underling hard points were originally included to allow the carriage of Tactical Electronic Warfare System (TEWS) pods by the F-15, but these destabilized the F-15 in pitch so much that the original control system would not have been able to maintain Level 1 flying qualities across a major part of the flight envelope in the event of a failure to the analog control augmentation system (CAS). This was deemed unacceptable so stations 1 and 9 remained unused. But now the problem of stability differences induced by carrying weapons on stations 1 and 9 has been resolved by the introduction of fly-by-wire system. 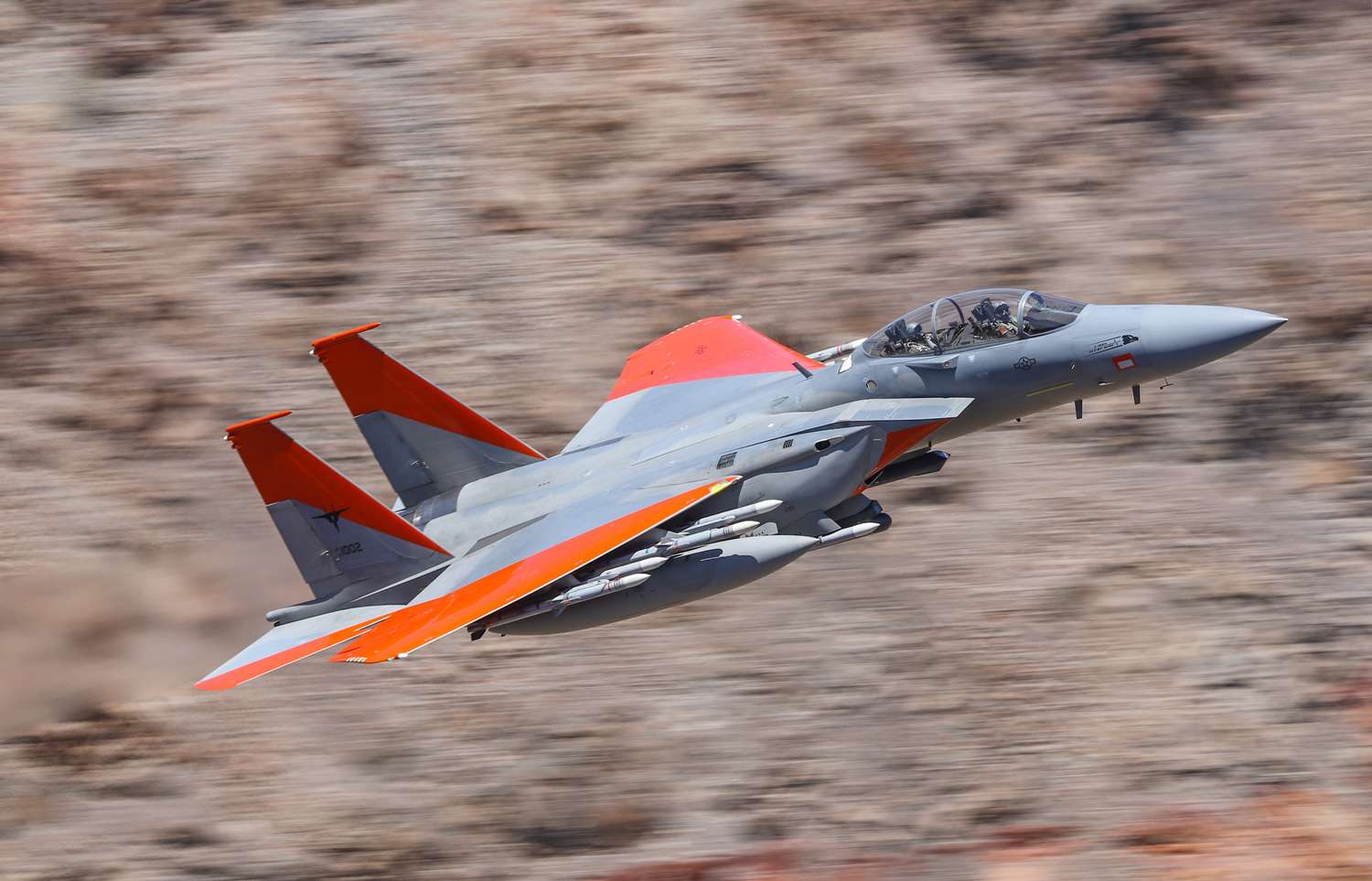 The new digital system looks across an entire frequency band continuously rather than scanning through a frequency band—which means that even low probability of intercept (LPI) signals might be detected (radars on stealth fighters like the F-22 and F-35 use LPI techniques to try mask their emissions for electronic support measures suites). Further, its interferometric antennas can generate far more accurate bearing measurements than the current system.

The DEWS’ performance is probably comparable to the F-22’s or F-35’s electronic support measures suites since it is based on those systems. It’s head and shoulders better than anything earlier fielded by the U.S. Air Force’s own Strike Eagles. U.S. Air Force jets didn’t have anything comparable until the Eagle Passive/Active Warning and Survivability System (EPAWSS) became a reality.

The Armament for F-15SA includes AIM-9X and AIM-120C AMRAAM air-to-air missiles, together with a wide assortment of air-to-surface weapons, including a range of laser and dual-mode laser/GPS -guided bombs, Joint Direct Attack Munition (JDAM) GPS-guided bombs, and CBU-105 Cluster bombs. The aircraft is equipped with AGM-88E Advanced Anti-Radiation Guided missile (AARGM) besides integration with an earlier High-Speed Anti-radiation missile (HARM). Then it will carry AGM 84 L Harpoon Block II anti-ship and surface-attack missiles.

All the information from the radar, infrared search and track and the electronic warfare system of F-15SA are fused together—similar to the F-22 and F-35—into a coherent picture. That picture is displayed on large-format color displays that are similar to those found on the F-35—in both the front and rear cockpits. Both aviators are equipped with the Digital Joint Helmet Mounted Cueing System (DJHMCS).

That’s not all. F-15SA has been given new forward fuselages to accommodate FBW flight control black boxes. New displays, avionics, and warning systems needed additional power and the heavy AESA antenna a strengthened front bulk-head which was duly provided.

In short, the F-15SA is an extremely formidable multirole fighter—possibly the single best fourth generation fighter the United States has ever produced.

Tags F-15SA F-15SA Bristles With A Dozen AIM-120 Missiles During Star Wars Canyon Run The Most Crackerjack Of A 4th Gen. Fighter America Has Ever Produced- F-15SA 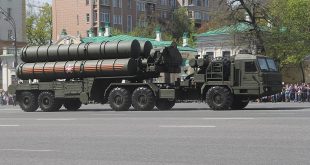