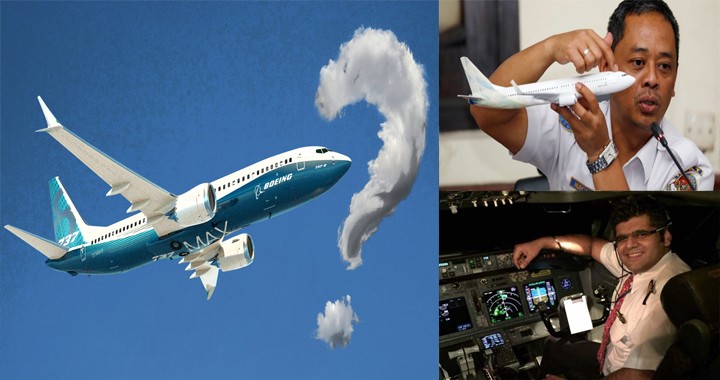 The record shows Several pilots made at least five complaints about Boeing 737 Max 8 planes in the months leading up to the deadly Ethiopian Airlines crash on Sunday, which killed all 157 people on board, and was the Second brand-new Boeing 737 Max crash in 5 months

US records show that at least five complaints were lodged with federal authorities in recent months, with one captain even calling the flight manual “inadequate and almost criminally insufficient,” according to the Dallas Morning News.

The complaints were made in the Federal Aviation Administration’s incident database which allows pilots to report issues about aviation incidents anonymously.

The complaints highlighted issues with the Max 8’s autopilot system, which has been called into question following the crash of Lion Air Flight 610 in October. That incident also involved a Boeing 737 Max plane.

Two pilots reported their aircraft unexpectedly pitched nose down after engaging autopilot following departure. Another pilot reported a “temporary level off” triggered by the aircraft automation. The captain of a November 2018 flight called part of the aircraft’s flight manual “inadequate and almost criminally insufficient.”

“The fact that this airplane requires such jury-rigging to fly is a red flag,” that captain — who is not identified by name — wrote in a report to the federal Aviation Safety Reporting System. The captain added that part of the plane’s flight system is “not described in our Flight Manual.”

In one complaint, a commercial pilot described issues which occurred during takeoff. As the autopilot was engaged, the aircraft’s nose suddenly pitched down, setting off the plane’s alarm system which sounded “Don’t sink, don’t sink!” according to Politico. The situation was only remedied after autopilot was turned off, the Politico report said.

Another pilot who flies the Max 8 complained in November that it was “unconscionable” that pilots were allowed to continue to fly the planes without adequate training or disclosure on how the Max 8’s system differs from previous models, Politico said.

In an October report, a pilot complained the Max autothrottle system did not work properly even when they were engaged. The problem was rectified after the pilot adjusted the thrust manually and continued to climb.

“Shortly afterward I heard about the (another carrier) accident and am wondering if any other crews have experienced similar incidents with the autothrottle system on the MAX?” the pilot wrote in the report.

Regulators and industry experts suspect that MAX 8’s Maneuvering Characteristics Augmentation System, or MCAS, may have caused the jets to make unwanted dives.

Flight data recovered from the Indonesia crash indicated pilots repeatedly tried to get the plane’s nose up before impact. After the crash, Boeing issued a service bulletin warning pilots that erroneous flight data fed into the MCAS could force the aircraft into a dive for up to 10 seconds.

Ethiopian Airlines CEO Tewolde GebreMariam told CNN that the similarities between the Lion Air crash and Sunday’s crash are “substantial.”

“He was having difficulties with the flight control of the airplane, so he asked to return back to base,” GebreMariam said.

Since Sunday’s crash, Boeing has faced backlash over its Max planes as investigators continue to look into what happened to the Ethiopian Airlines Flight 302.

On Tuesday it was reported that Boeing’s market value has plunged by $40 billion from its 2019 peak. Shares have slumped about 15% since topping out on March 1.

Previous US start building once-banned cruise missiles after pulling out of cold war treaty
Next FY 2020 Budget: 8 F-15Xs For USAF And 22 F-5s For Navy