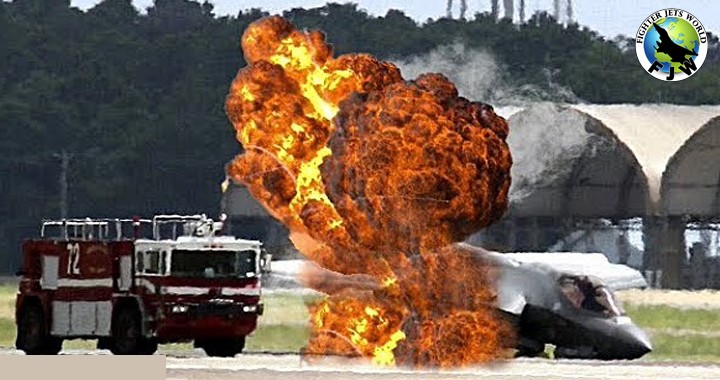 “An investigation determined a manufacturing defect caused an engine fuel tube to rupture during flight, resulting in a loss of power to the engine,” the Government Accountability Office said in a report

The crash of a U.S. Marine Corps F-35B that temporarily grounded the entire fleet of next-generation jets in 2018

The disclosure was the first official information about the crash since the Pentagon program office in late October issued a status statement while the Marine Corps was still conducting its investigation.

United Technologies Corp.’s Pratt & Whitney unit “is fully responsible” for “the propulsion system and has the lead in working” the failure analyses, according to the statement at the time.

The Pentagon has not released the results of its own probe, which is ongoing.

A spokeswoman for the Pentagon F-35 program office deferred comment to Pratt & Whitney, whose spokesman, John Thomas, said the company had no comment.

Marine Corps spokesman Capt. Chris Harrison said in a statement that the crash probe is continuing and that the results will be released once complete.

The Marines have replaced all of the relevant fuel supply tubes and “we continue to strive each and every day to ensure the safety and readiness of our aircraft,” he added.

The F-35 is the Pentagon’s most expensive weapons program, at a projected cost of more than $428 billion.

Last month, a Japanese F-35A crashed off Japan’s coast, with only portions of the jet’s wreckage found since then despite a monthlong search. The cause of the crash is under investigation. The jet’s pilot hasn’t been found.  See Details: Japan Air Self-Defense Force F-35A Lightning II fighter jet reportedly crashes over Pacific

Japan has said that the crash would not affect its procurement plans, and it was unclear if the new revelations would spur any change.

The F-35 “B” variant was designed specifically for the Marines Corps to take off from short runways and land vertically, similar to Britain’s famous Harrier jet.