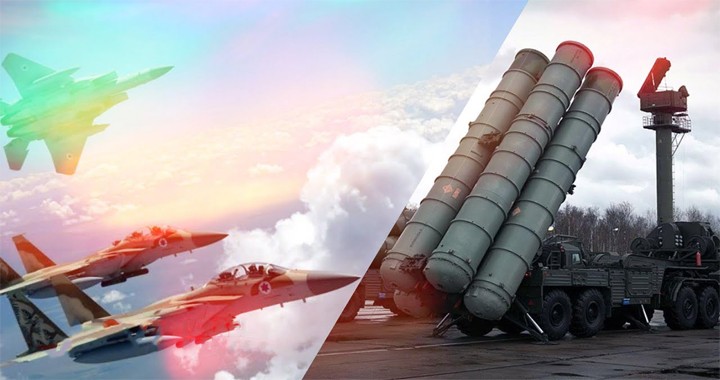 The Russian Armed Forces have allegedly given the Syrian military the green light to use their S-300 system against Israeli warplanes that enter their airspace, the Russian aviation publication Avia.Pro reported.

“Against the background of how Israel was repeatedly seen striking at Syria despite the previously reached agreements between Russia and Israel, a source told Avia.pro that the Syrian military received permission to use its air defense systems in case of the slightest threat from Israel, provided that the Syrian side bears responsibility for such actions,” Avia.Pro said.

Despite completing the installation of their S-300 batteries in the Masyaf area of Hama this year, the Syrian Armed Forces have yet to use these air defense systems against the Israeli warplanes that have repeatedly bombed the country.

However, based on what Avia.Pro has reported, the Syrian Armed Forces appear to be reliant on the Russian military to use these air defense systems against the Israeli Air Force jets that violate their airspace.

“Russia allowed the Syrian military to put the S-300 on full alert and attack Israeli aircraft in the event of the slightest threat,” a military source told Avia.Pro.


The effectiveness of the S-300 against the Israeli Air Force has been in question since its installation, as the latter has carried out attacks as far east as the Deir Ezzor Governorate and as far north as Aleppo.

Information regarding this appeared a day after Israeli F-35 fighter jets struck targets in Syria, completely ignoring Moscow’s position on the issue.

According to some reports, before the end of this month, the Syrian Arab Army may receive the BAVAR-373 Iranian air defense system. Iran claims that the system is allegedly capable of detecting stealth targets, potentially including the Israeli F-35 fighter jets, at distances up to 150-180 kilometers.

In recent weeks Israeli has significantly ramped up its airstrikes on Syrian territory, allegedly targeting Iranian facilities and personnel.

Most recently, on September 17th, Israel struck positions at the Iraqi-Syrian border near al-Qa’im and al-Bukamal.

This was the second strike within a month on the same allegedly Iranian military base.

The previous occasion when the same location was struck by Israeli warplanes was on September 8th.

Following the most recent strike there were no reports of casualties, but the September 8th one allegedly killed several service members.

On the very next day, Israel Defense Forces (IDF) claimed that Iranian-backed militants had launched attacks on the country from within Syria, potentially being the reason for the strike on al-Bukamal.

It is also likely that all of these took place leading up to the snap General Elections in Israel that took place on September 17th.

Even the most recent attack took place on election day, it could have potentially been aimed as showing that Prime Minister Benjamin Netanyahu brings “victories” to Israel and is necessary to ensure security.