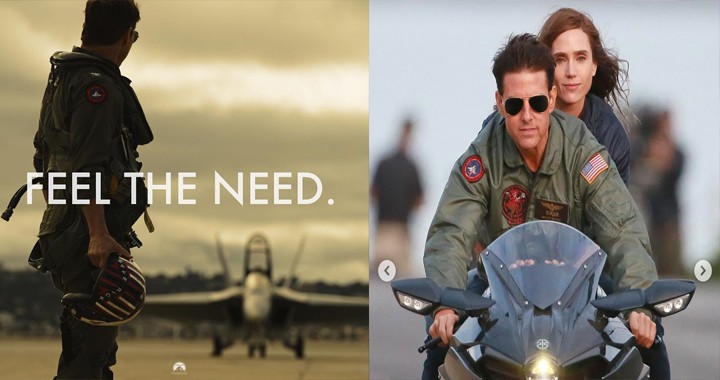 Unconfirmed rumors have been circulating about Tom Cruise learning to fly a Navy jet, possibly a two-seat F/A-18F Super Hornet or a T-45 Goshawk, for the filming of “Top Gun: Maverick“.

More than one Hollywood and social media source suggested the rumored instruction is part of the reason for the recent delay in the release of the anticipated sequel to June 26, 2020.

Apparently, Tom Cruise is insisting to learn how to fly F/A-18s in Top Gun: Maverick, which sounds a bit crazy. It’s also worth remembering that Tom Cruise is already a pilot with several ratings who owns a P-51 Mustang. Cruise learned to fly an Airbus AS350 helicopter for some of the scenes in last summer’s Mission Impossible: Fallout. The cruise was seen in his P-51 Mustang, registration number N51EW, flying out of Burbank Airport yesterday and heading up toward China Lake Naval Air Station.

Top Gun 2 has been filming around the Los Angeles and San Diego areas for the last few months, but it appears that they may be on a bit of a hiatus.

“He won’t film all the flight sequences, it’s too dangerous, but he will fly some, making him the first actor in cinema history to do so. The producers would prefer not to put their leading man, not to mention their whole film, at risk. They also wouldn’t choose to have their long-awaited sequel delayed nearly a year, but despite the huge insurance costs they are willing to do what it takes to ensure Tom is happy.”

Sources close to the production had this to say about the matter. “Tom is well known for doing his own stunts and the Top Gun sequel is no different… He prides himself on making the action sequences as realistic as possible.”

We’ve seen set photos of the actor on his motorcycle, so we might end up seeing some pictures and video of Cruise down in San Diego learning to fly a fighter jet. This news was first reported by The Sun U.K.

Entertainment Weekly went on to report that, “First, the Top Gun sequel is still shooting and will continue filming through spring (aside from the usual breaks around the holidays). So, production hasn’t shut down. Second, civilians are not allowed to use government equipment, particularly militarized jets — so even Tom Cruise can’t just take off in an F/A-18 Hornet, even if he does feel the need, the need for speed. (I know, we’re a bit bummed about that too).”

Hibberd is right about the Daily Mail is a tabloid rumor mill, but as an entertainment writer, he can’t be expected to know that Cruise may be able to fly rear-seat in a two-seat F/A-18 and get some actual stick time. As you already know, it is not unusual for civilians on media or VIP rides with flight demonstration teams like the Blue Angels or the Thunderbirds to briefly be given the opportunity to hold the control stick and press on the pedals under the very close and careful management of the front seat pilot in command.

In August in fact, a film crew from Paramount Pictures was aboard the aircraft carrier USS Abraham Lincoln (CVN-72) the same time the Navy began launching F-35C jets off the ship interchangeably with F/A-18E/F Super Hornets as an integrated air wing.

As we have already explained the movie was assigned a theatrical release date of Jul. 12,2019 last year, but on September Paramount announced that had delayed the sequel nearly an entire year, assigning it a new release date of Jun. 26, 2020.

While Paramount didn’t provide an official reason for the delay, it was said that the added production time was required to enable the filmmakers to properly coordinate and design the many breathtaking aerial sequences planned to be part of the sequel. But now the source hints that the release date change for Top Gun 2 may have been because of Tom Cruise’s desire to learn how to fly a fighter jet. Obviously, this has not been verified by anybody officially, but it does make sense, especially considering how long the delay is, and the weird reasoning that the studio gave