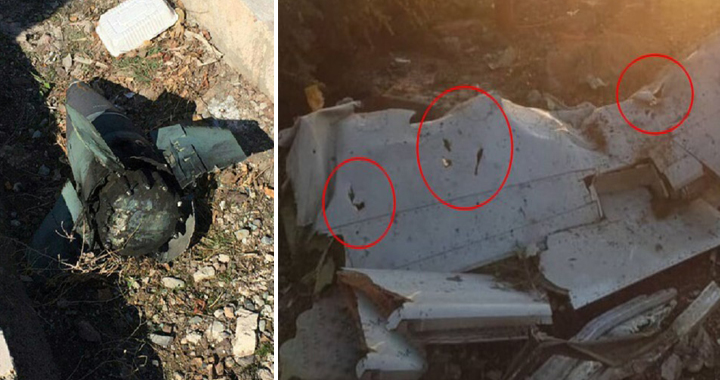 Ukraine International Airlines flight 752, a Boeing 737-800, crashed near Shahriar, about 8 minutes after takeoff from Tehran Imam Khomeini International Airport, Iran. Al 167 passengers and nine crew members on board were killed.

The flight took off from runway 29R at 02:41 UTC (06:11 LT), with a delay of about one hour. The aircraft’s ADS-B data as recorded by flight tracking websites Flightradar24 and FlightAware stop at 02:44 UTC at an altitude of about 7900 feet at a position about 20 km west-northwest of the airport. The aircraft is said to have crashed minutes later near Shahriar, 15 km north of the airport.

Iran is facing mounting pressure to explain the destruction of a civilian airliner near Tehran hours after Iranian forces launched missile strikes against US forces.

The crash came three and a half hours after Iran fired a barrage of ballistic missiles at US bases in Iraq in what it said was revenge for the assassination of general Qassim Soleimani.

According to the OSINT experts cataloged and mapped some of the debris of the Ukrainian passenger jet and claim that some debris from Boeing 737-800 shows signs of a missile strike.

Also, Iranian social media released footage of suspicious wreckage that was founded nearly of passenger jet crash place. Suspicious wreckage found at Ukraine plane crash impact site appears to be the nose cone section and control fins of 9M331 surface-to-air missile. It is employed by the Russian-made Tor-M1 mobile air defense system and features a semi-automatic command to line of sight (SACLOS) guidance system. This system currently in service of the Iranian military deployed at a military base near the crash site.

In addition, numerous amateur video appeared to capture the final moments of a Ukrainian passenger jet also testify in favor of the version of the missile attack. An amateur video, run by Iranian news agencies and purportedly of the crashing plane, showed a descending flash in a dark sky. It was accompanied by comments that the aircraft was “on fire” and then a brighter flash as it appears to hit the ground.

Iran dismissed speculation that the aircraft had been downed by a missile but said it would not hand over the black boxes from the aircraft to Boeing, in an unusual move likely prompted by high tensions with the United States.

In a sign of the potential difficulties facing crash investigators, the head of Iran’s civil aviation organisation was quoted as saying the Ukrainian plane’s “black boxes” – the cockpit voice recorder and the flight data recorder.

Iran may have the ability to extract data from black boxes but would have to call on the expertise of one of a handful of countries, including the US, France, and Britain if they are badly damaged.

Western intelligence agencies quoted by Reuters said they shared Iran’s initial assessment that the aircraft had not been hit by a missile.

Iranian officials said the pilot lost control of the aircraft after a fire struck fire one of its engines.

“The rumors about the plane are completely false and no military or political expert has confirmed it,” said Gen. Abolfazl Shekarchi, a spokesman for the Iranian armed forces,

But aviation experts last night queried whether the plane could have been destroyed by simple engine failure.