US military grounds entire F-35 Fighter jets fleet. The US military has temporarily grounded its entire fleet of F-35 fighter jets in the wake of a crash in South Carolina last month.

Inspections are to be carried out on faulty fuel tubes. In a statement, the F-35 Joint Program Office said the US and its international partners had suspended flight operations while a fleet-wide inspection of fuel tubes was conducted.

The Pentagon has announced it is investigating a potential problem with the fuel tubes on aircraft across the fleet – a move sparked by the probe into the first ever crash for the advanced fighter last month.

“The US Services and international partners have temporarily suspended F-35 flight operations while the enterprise conducts a fleet-wide inspection of a fuel tube within the engine on all F-35 aircraft,” the Pentagon announced in a statement.

“Inspections are expected to be completed within the next 24 to 48 hours.”

Joe DellaVedova, a spokesman for the F-35 program, said: “The action to perform the inspection is driven from initial data from the ongoing investigation of the F-35B that crashed in the vicinity of Beaufort, South Carolina.”

Mr DellaVedova added that if “known good” tubes are already in place, then those planes will be returned to operational status.

“The primary goal following any mishap is the prevention of future incidents.

“We will take every measure to ensure safe operations while we deliver, sustain and modernize the F-35 for the warfighter and our defense partners.”

The aircraft, which uses stealth technology to reduce its visibility to radar, comes in three variants.

The crash in South Carolina involved an F-35B, which is able to land vertically and costs around $100m (£75m).

The pilot in that incident ejected safely but the aircraft was destroyed.

The F-35 program is considered to be the most expensive weapons system in US history. 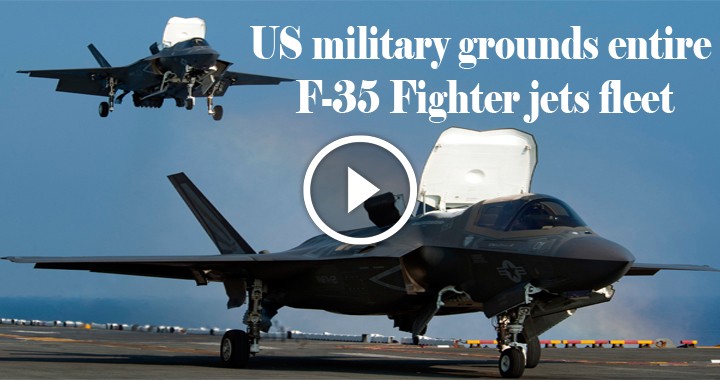