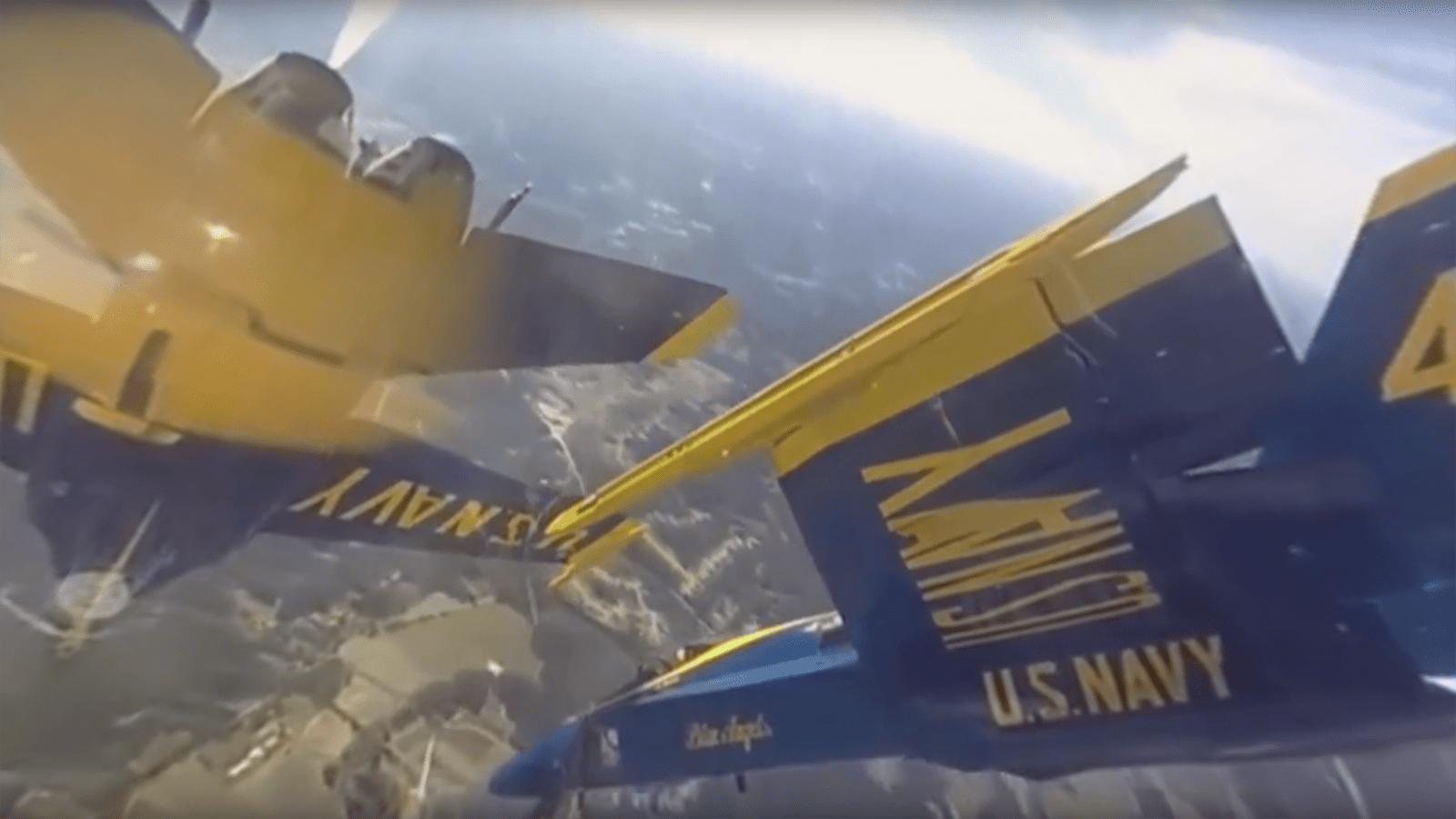 The Blue Angels is the United States Navy’s flight demonstration squadron, with aviators from the Navy and Marines. The Blue Angels are stationed at NAS Pensacola & NAF El Centro.

The Chief of Naval Operations, Adm. Chester W. Nimitz, ordered the establishment of the team on April 24, 1946, as a recruiting tool for the Navy.

The name was picked by the original team when they were planning a show in New York in 1946. One of them saw the name of the city’s Blue Angel nightclub in the New Yorker Magazine.

The fastest speed is about 700 mph (just under the speed of sound). The slowest is about 120 mph.

What is the closest distance they fly to each other? 18 inches (during the Diamond 360 maneuver).

What is the highest and lowest the jets fly during an air show? It varies depending on weather conditions, but the highest is about 15,000 feet and the lowest is about 50 feet.

How much does an F/A-18 cost? The basic acquisition price is approximately $21 million.

Why are the team’s jets painted blue and gold? Those are the official colors of the U.S. Navy.

Can the squadron’s jets fly off of aircraft carriers? All of the team’s jets are carrier-capable and can be made combat ready in about 72 hours.

How many Blue Angels pilots have there been? There have been 251 demonstration pilots, and 35 flight leaders and commanding officers.

Do the Blue Angels pilots go through the Navy Fighter Weapons School, also known as Topgun? Some have, but it is not a prerequisite.

What is the average age of Blue Angels pilots? 33.

How many women are in the squadron? The number varies each year. The 2015 team has 20 women — 17 enlisted women and 3 female officers.