US officially removes Turkey from F-35 fighter jet programme, costing US half a billion dollars 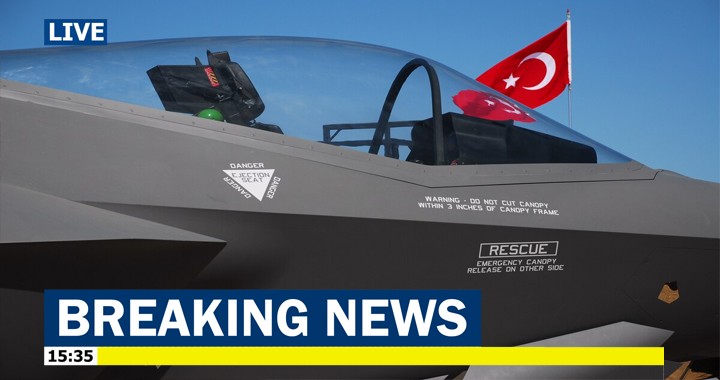 The US says it is removing Turkey from its F-35 fighter jets programme, after Ankara received the first parts of a Russian missile defence system.

The White House issued a statement confirming the move, which Washington had threatened for months.

“Turkey’s decision to purchase Russian S-400 air defense systems renders its continued involvement with the F-35 impossible,” the White House statement read. “The F-35 cannot coexist with a Russian intelligence-collection platform that will be used to learn about its advanced capabilities.”

“Turkey has been a longstanding and trusted partner and NATO Ally for over 65 years, but accepting the S-400 undermines the commitments all NATO Allies made to each other to move away from Russian systems,” the statement continued.

Turkey, a partner in the F-35 program that helped fund the development of the jet, planned to buy 100 F-35As. Its first jet was rolled out in June 2018 in a festive “delivery ceremony.” Though Turkey formally owns its jets, the U.S. has said it has the power to keep the planes from moving to Turkish soil and intends to keep all four existing Turkish jets from leaving the U.S.

All Turkish F-35 personnel have been informed they must leave the U.S. by July 31, including 20 individuals assigned to the Joint Program Office. Neither official would comment on if any of those individuals have requested asylum.

By March 2020, Turkey’s industrial participation in the F-35 program, which includes production on about 900 parts for the stealthy fighter, will be “unwound.”

To move the production from Turkey to the U.S. will require between $500-$600 million in nonrecurring engineering costs. Which partners, if any, would be willing to buy the F-35s already in production for Turkey was still being worked out.

US President Donald Trump announced on Tuesday that the S-400 purchase means Turkey will not be allowed to buy any F-35 planes. But he also declined to criticise Turkey’s acquisition of the Russian defence system, saying it’s a complex situation” and Ankara was forced into the move by his predecessor Barack Obama.

Turkey has the second-largest army in Nato, a 29-member military alliance.

It is one of the US’s key allies, and is located in a strategic position, sharing borders with Syria, Iraq and Iran.