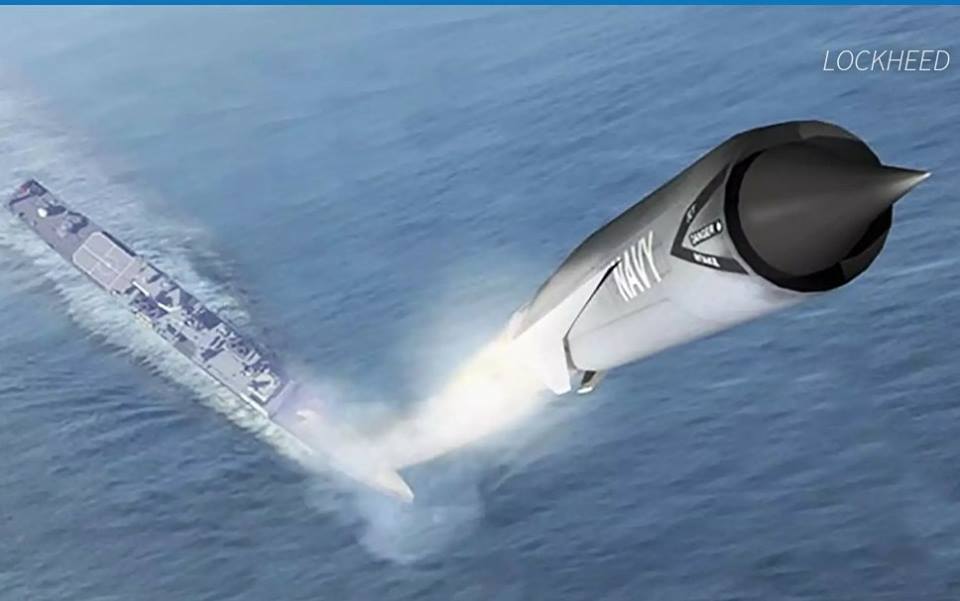 ⏩USA is making a new Submarine-launched missile
⏩The World yet doesn’t know about it
⏩China already hacked it
⏩What this new missile could be : learn with Defence Express.

China’s relentless cyber espionage campaign against the Pentagon has been one of the central reasons why this country’s technological warfighting capabilities have aggressively matured over a relatively short period of time. In fact, we now see the fruits of their hacking operations on a daily basis via advanced ‘indigenous’ weapon systems, some which are now entering into operational service. But a previously unreported intrusion into a US Navy contractor’s computer network has provided the Chinese military with information on the service’s electronic warfare and threat library, cryptographic radio systems used on submarines, specific sensor data, and detailed information on a previously undisclosed and fast-paced initiative to field a supersonic anti-ship missile onto American nuclear submarines dubbed Sea Dragon.

Over half a terabyte of information was stolen electronically from the contractor’s computer systems at Naval Undersea Warfare Center in Rhode Island. The installation is a focal point for development and testing of new systems related to sub-surface combat. The contractor’s network was not deemed classified but the information on it in its totality was of a highly classified nature according to the Washington Post, which broke the story.

The loss of the Navy’s current electronic warfare library is especially troubling as that type of information is considered among the most sensitive data the Pentagon gathers and is critical to countering enemy defensive networks and allowing U.S. assets to survive in contested territory. Yet the news that the US Navy is rapidly looking to field a submarine-launched anti-ship missile capable of supersonic speeds is the biggest revelation from this report. 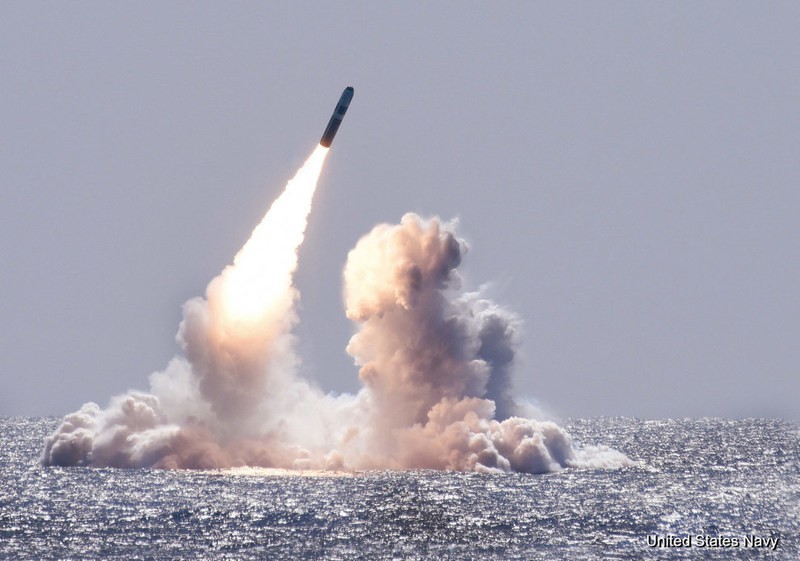 The Defense Department has released little information about Sea Dragon other than to say that it will introduce a “disruptive offensive capability” by “integrating an existing weapon system with an existing Navy platform.” The Pentagon has requested or used more than $300 million for the project since late 2015 and has said it plans to start underwater testing by this September. The secretive Strategic Capabilities Office has listed it in a specific line item covering “Advanced Innovative Technologies.”

We have talked regularly and at great lengths about China’s increasing naval capabilities on virtually every level. Russia, on the other hand, has focused for decades on developing supersonic and now even hypersonic anti-ship cruise missiles, which are seen as a major threat to American warships. But there is no existing supersonic anti-ship cruise missile in America’s inventory. Sea Dragon is possibly American attempt to bridge this gap.

? WHAT COULD SEA DRAGON BE? 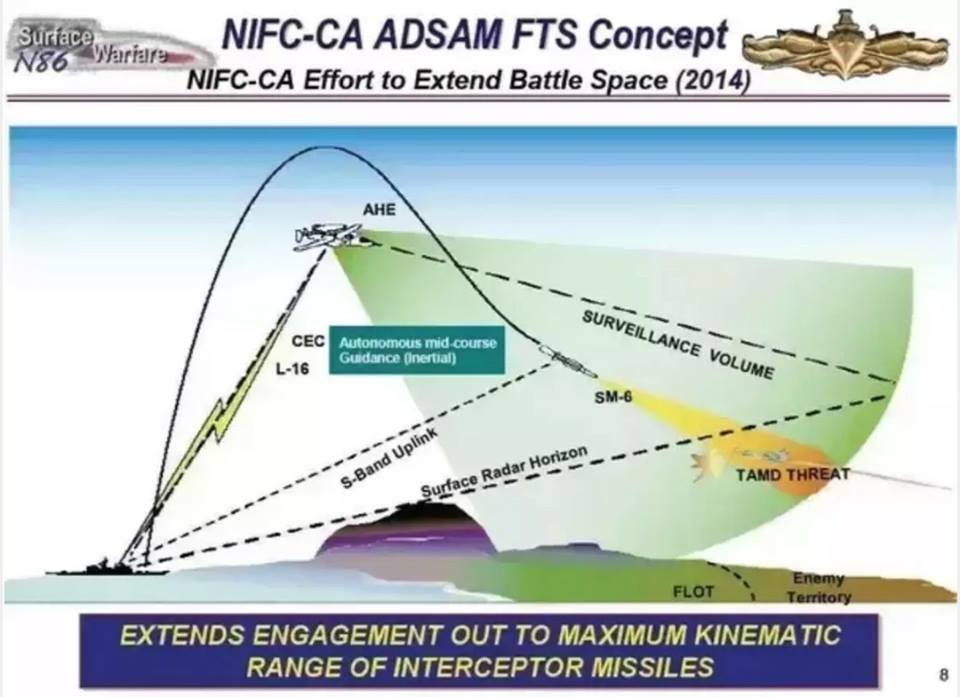 First possibility is that it could be a submarine-launched version of the SM-6 multi-role missile. This is not a cruise missile, but the designation stated in the Washington Post’s article could be just due to the writer’s lack of knowledge of existing weapon systems and their capabilities.

The SM-6 can be launched from the Mark 41 Vertical Launch Systems found on American destroyers and cruisers. In its latest form, it is fully networked, allowing it to receive targeting data from a variety of platforms, including airborne, ground-based, or surface-based sensor nodes. This concept is called Cooperative Engagement Capability/Naval Integrated Fire Control CEC/NIFC and it is one of the most important concepts the sea-going force is trying to implement at this time.
( See the diagram below)

Although it was designed primarily as a surface-to-air weapon to be used against air-breathing threats and ballistic missiles during their terminal stage of flight, the SM-6 has an increasingly potent long-range anti-ship and a land-attack capability able to promptly strike targets over long distances. The fact that it flies at very high speeds on a ballistic-like track instead of a flat cruise missile like flight profile makes it especially hard for enemies to defend against.

Most of America’s nuclear fast attack submarines and all its guided missile submarines have ‘strike length’ vertical launch cells similar to the Mark 41 Vertical Launch System, that are used to house BGM-109 Tomahawk cruise missiles.

A new arrangement, with two large hatches that cover a number of launch tubes and can be more easily adapted to different weaponry, is now being fielded on latest Virginia class submarines. Soon boats equipped with the Virginia Payload Module, which carries four of these large modular missile bays, will be under construction.

These same cells currently used for Tomahawk cruise missiles could be configured to house an altered SM-6-booster combination capable of launching the missile submerged without destroying the launch cell. This would add great flexibility and variety to America’s submarine force. 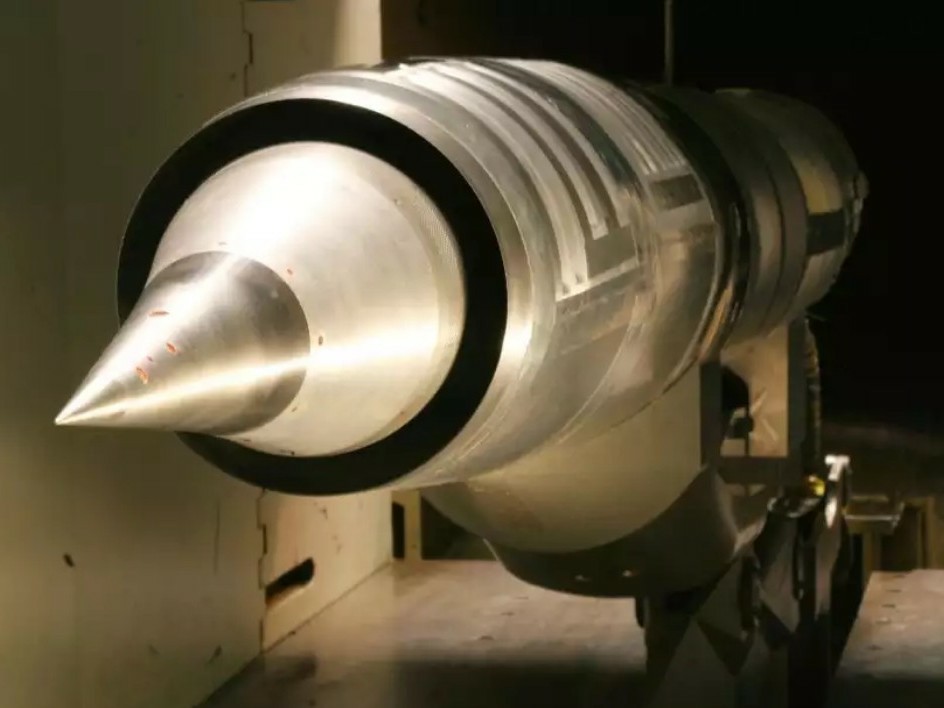 The second possibility is that the Washington Post article’s author was wrong about the missile’s supersonic capability, which would point to fielding an advanced anti-ship cruise missile like Lockheed’s very stealthy and smart Long-Range Anti-Ship Missile (LRASM) aboard submarines. Yet this would probably be a less covert affair developmentally speaking. But such a weapon would be especially useful when combined with the SM-6—or another high-speed anti-ship weapon—allowing for long-range, multi-layer attacks on enemy flotillas. Also, the US Navy, and its submarines will be getting a long-range, subsonic, anti-ship capability via the Block IV Tactical Tomahawk.

It’s more likely that his weapon could actually be LRASM-B, or at least an evolutionary relative of it. LRASM-B was being developed alongside the subsonic LRASM-A around the turn of the decade and would have performance nearing Mach 3, operating in a similar fashion as the Russian-Indian developed BrahMos anti-ship missile. 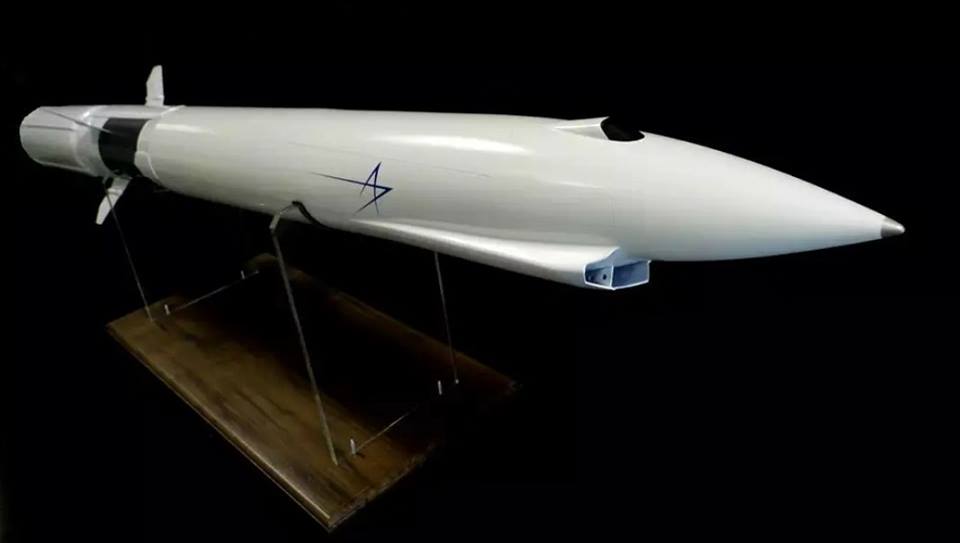 Third possibility is that Sea Dragon is actually the product of a supposedly defunct 2000s initiative to create a high-speed cruise missile dubbed Revolutionary Approach To Time-critical Long Range Strike, or RATTLRS for short. This weapon was all about hitting time-sensitive targets very quickly with little preparation, being able to fly at high altitudes and at speeds approaching Mach 4, obliterating its target with submunitions, a high-explosive warhead, or a penetrating warhead within about 30 minutes time at its maximum range.

This Lockheed-led initiative built on the Skunk Works’ experience with the D-21 drone and was supported by the Office of Naval Research and NASA. It was funded throughout the 2000s, had successful payload delivery tests on the jet sled, its engine was built by Rolls Royce, and was approaching a complex flight demonstration phase when it disappeared. This could have been due to budget cuts that happened around the turn of the decade, but quite possibly it could have been revived around 2013.

Finally, the mystery missile could be a hypersonic missile, not a supersonic missile, for the Ohio class submarine, which the Navy is quietly developing and has test flown fairly recently. Still, the Pentagon has openly discussed these and other hypersonic tests recently, so it’s not exactly top secret. Also, this wouldn’t be a variation of an existing system as described in the Washington Post article. Fielding such a system operational by 2020 also seems remarkably ambitious, but it may be possible and certainly, China has an extreme interest in hypersonic technologies.

Sea Dragon could be anything but most worrying thing is how the US Defense Department and the industrial complex that feeds it remains its own worst enemy when it comes to securing highly detailed information about its most critical and costly weapon systems. China doesn’t have to pay billions upon billions of dollars for this intellectual property—they can steal for virtually nothing—isn’t only a loss to American national security, but it actually provides China with a major fiscal edge. And that edge is already being exploited in front of everybody’s eyes on an increasingly unprecedented scale.

Tags China already hacked it CHINESE THEFT HYPERSONIC MISSILE LRASM-B RATTLRS missile SUBMARINE VERSION OF SM-6 The World yet doesn't know about it US MISSILE - SEA DRAGON USA is making a new Submarine-launched missile WHAT COULD SEA DRAGON BE ? What this new missile could be : learn with Defence Express.