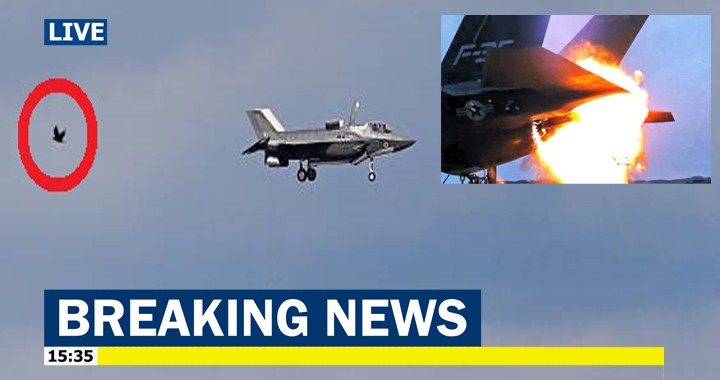 On May 7 a U.S. Marine Corps (USMC) F-35B with Marine Aircraft Group 12, 1st Marine Aircraft Wing operating out of Iwakuni, Japan was forced to abort takeoff after a bird strike caused the aircraft to suffer millions of dollars worth of serious damage.

The aircraft “safely taxied off the runway,” but initial assessments indicated the high-tech stealth fighter suffered more than $2 million in damages, making it a Class A mishap, Flanagan told Marine Corps Times in an emailed statement.

The incident is currently under investigation and a complete damage assessment is underway.

The F-35B bird strike is USMC second Class A mishap in less than one week.

The Navy classifies a Class A mishap as an accident resulting in $2 million or more in damages or an incident that results in death or total disability.

Birds like Canada Geese, which graze on grass at the edges of airfields, are a constant problem for military aircraft.

In April 2019, an F-16 Fighting Eagle was struck by a Swainson’s Hawk while landing at the Holloman Air Force Base in New Mexico. Photos later shared on social media of the very dead bird showed it stuck inside the plane’s undercarriage.

​Bird strikes have gotten to such a bad state that the US Department of Defense launched the Bird/Wildlife Aircraft Strike Hazard program in the 2000s to “provide the safest flying conditions possible.”

However, despite having systems in place to avoid future bird strikes, problems persist, largely due to bases not having the technology and the radars’ limited ranges.

Between 1985 and 2016, bird strikes killed 36 American airmen, destroyed 27 U.S. Air Force aircraft and cost the service almost a billion dollars, according to the 28th Bomb Wing Public Affairs Office at Ellsworth Air Force Base. Between 2011 and 2017, the USAF experienced 418 wildlife-related mishaps, resulting in $182 million in damages, according to Military Times.

Federal Aviation Administration data, according to USA Today, revealed that in 2018 alone there were 14,661 reported bird strikes involving civilian aircraft in the US.

Ellsworth Air Force Base, home to a collection of B-1 bombers, has deployed bird cannons to keep its $400 million bombers safe from birds. 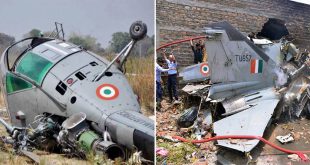