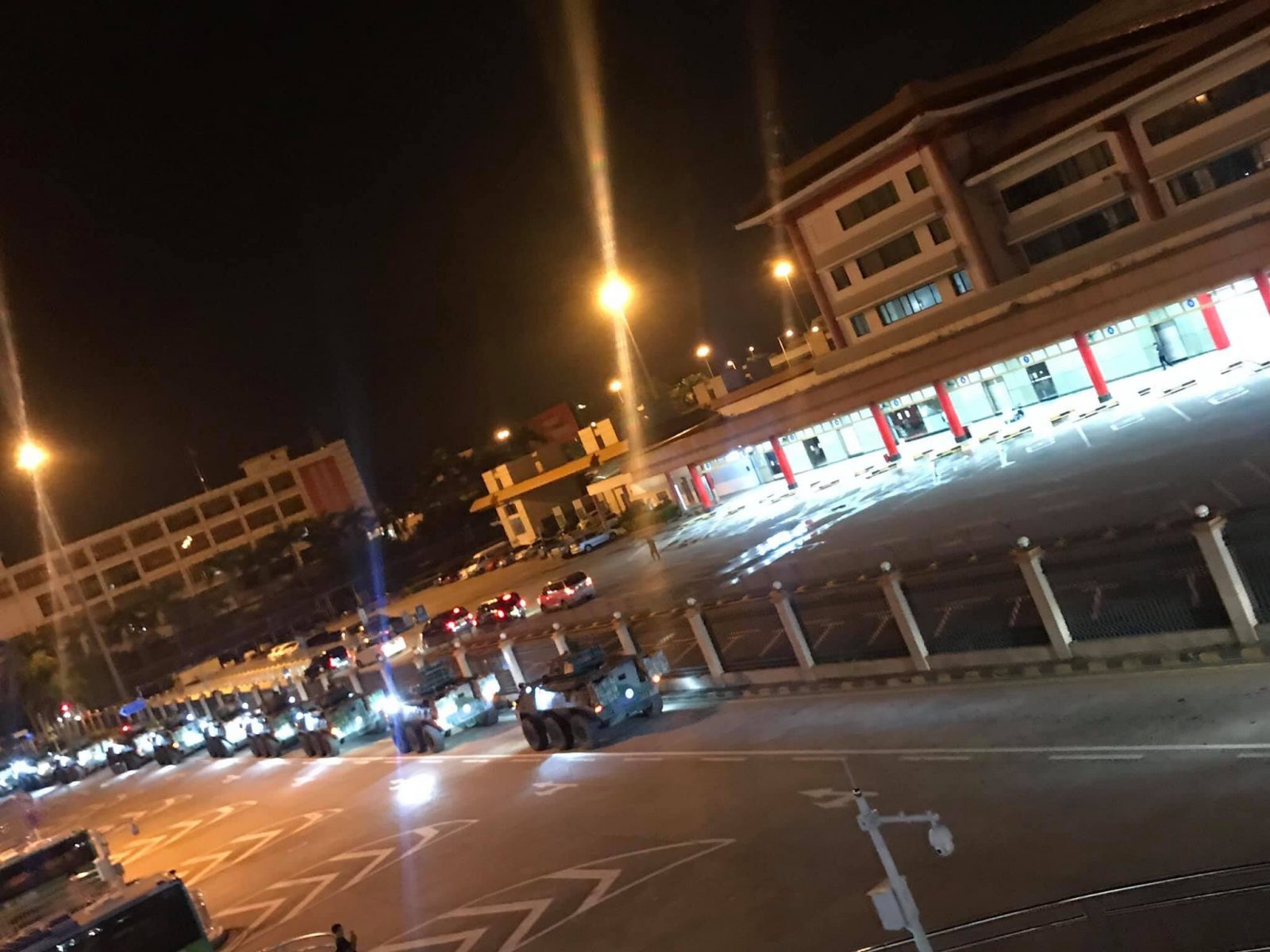 Hong Kong residents woke up morning to images and videos of armored personnel carriers, army trucks, patrol boats, and armed helicopters that had crossed the border from China into the city-state under the cover of night.

But Beijing said there was nothing to worry about. The military maneuvers were part of what the Chinese defense ministry said were “routine annual rotations,” but the timing of the action — after three months of increasingly tense and violent pro-democracy protests — has heightened nerves in Hong Kong even further.

The PLA has maintained a military presence in Hong Kong since Britain handed over the city’s sovereignty to China in 1997, and quietly rotates its members every year.

People’s Daily China, the Communist Party’s mouthpiece, tweeted a video of the exercises, stressing that the move was a “normal routine annual rotation” and in line with Hong Kong’s mini constitution, known as the Basic Law.

Since the U.K. handed Hong Kong back to China in 1997, China typically has somewhere between 6,000 and 10,000 troops in Hong Kong at any given moment. The troops are rarely seen in Hong Kong, and are there to be called upon by the Hong Kong government only in an emergency.

Footage of the troops’ movements was aired on state-run television station CCTV, showing armored carriers, trucks, and a patrol boat crossing the border by night from the neighboring city of Shenzhen. Dozens of soldiers were filmed running in unison onto trucks.

Video:#PLA #HongKong Garrison conducted rotation of its members. The move is a normal routine annual rotation approved by Central Military Commission and in line with law. (Video via China National Radio) pic.twitter.com/JumKmGMB55

Later on Thursday morning, a squadron of armed helicopters from the garrison’s air force flew from a southern China army base to Shek Kong Airfield in Hong Kong.

Despite China’s attempts to portray the movement of military troops as routine, experts say China may be signalling that it is prepared to use force to quell the increasingly violent protests in Hong Kong. The demonstrations are now in their 12th week.

Previous Beechcraft 35-B33 Debonair plane crashed near St. Ignatius, 3 dead
Next Army to get hyper-sonic weapon armed with Mach 5 hyper-sonic missiles by 2023