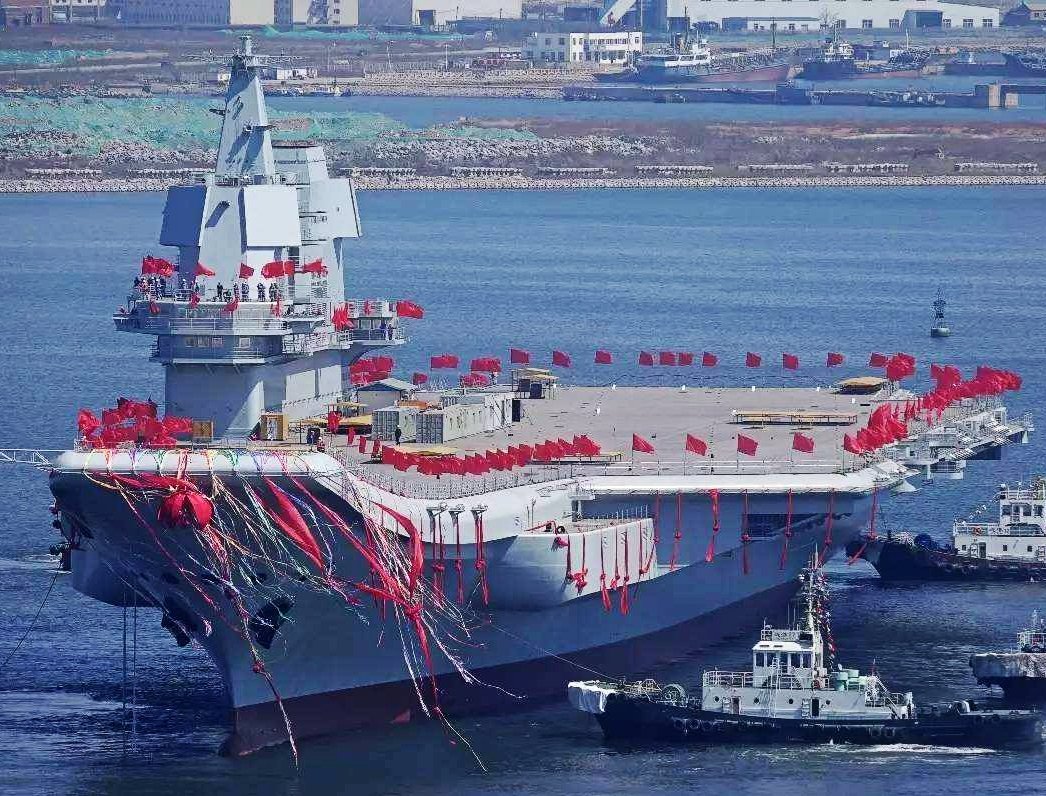 Shandong was commissioned at the Yulin Naval Base, on China’s Hainan Island. China’s military watchers had been waiting for weeks for the commissioning ceremony.

The commissioning took place 19 months after the warship first commenced sea trials in May 2018, and the 70,000-ton warship’s entry into service has doubled the size of the PLA’s active frontline carrier fleet.

Sure enough, Xi was headed to Hainan to attend the commissioning. According to China’s Global Times:

Xi endorsed a (People’s Liberation Army) flag and naming certificate to the captain and political commissar of the carrier at the ceremony, which was held Tuesday afternoon with about 5,000 people in attendance.

The country’s previous carrier, the Type 001 Class warship Liaoning, has been in service since 2012 and completed the conversion from a training carrier to an active frontline warship in early 2019.

While both designs are similar and are loosely based on the Soviet Kuznetsov Class aircraft carrying cruiser design, the Liaoning improved considerably on the Soviet design with superior sensors, armaments and propulsion systems.

The Shandong further improves on the design with a broader flight deck, a redesigned bridge and island with more powerful radars, and an increased capacity for aircraft, ammunition, and fuel. The Shandong can carry eight more fighters than the Liaoning with a capacity for 44 aircraft.

First clear images of the Type 002 carrier's commissioning into PLAN service as the number '17' and named as "Shandong".

While the Liaoning was initially laid down as a Kuznetsov Class carrier at the Soviet Union’s Black Sea Shipyard and was later completed and outfitted in China, the Shandong represents the first carrier to be laid down in China itself – a fully indigenous warship.

Although the Shandong can carry eight more aircraft than the Liaoning, both carriers displace approximately 70,000 tons – giving the PLA Navy’s active carrier fleet a displacement of 140,000 tons.

The PLA Navy has thus transformed rapidly from service with no active carriers until September 2012 to the world’s second-largest carrier fleet on December 17th, 2019.

The runner up, the British Royal Navy, deploys two 65,000 ton carriers – the second of which was commissioned less than a week prior on December 11th. Unlike Britain however, which is unlikely to commission any new carriers for at least four decades and may struggle to afford to operate the two carriers it does deploy, China has a number of new carriers under various stages of development and is predicted to have seven warships either in service or undersea trials by 2025.