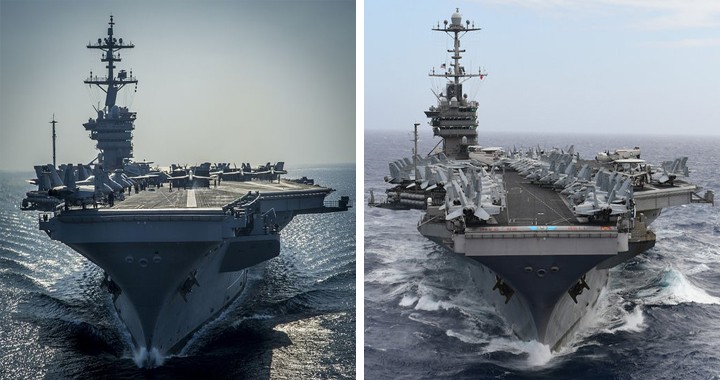 The US has a fleet of 11 nuclear-powered carriers, including two different classes, the Nimitz and Gerald R. Ford classes.

But the Ford-class only has one commissioned carrier, the USS Gerald R. Ford, and it has yet to see combat, while the USS Nimitz was commissioned in 1975, and has seen plenty. 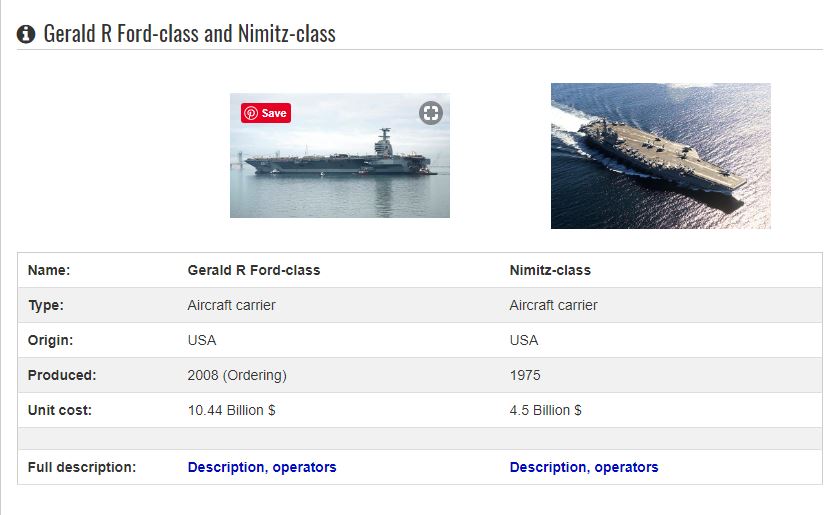 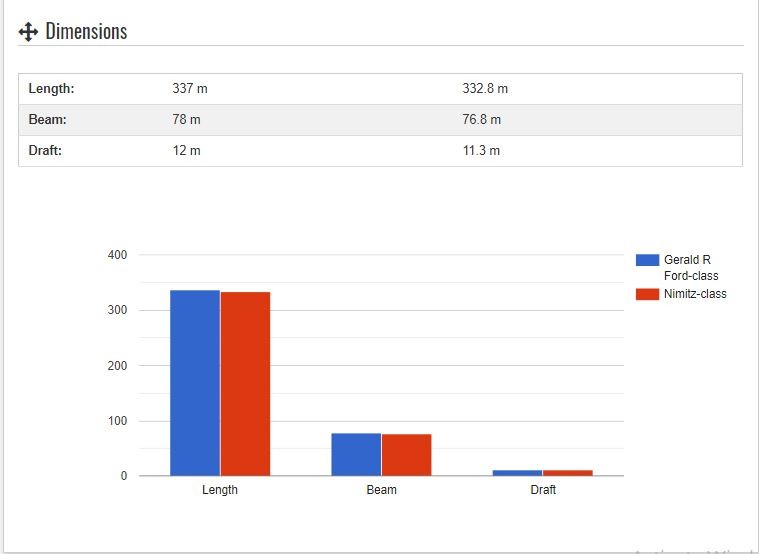 while initial operational capability is anticipated to be achieved in 2020.

The carrier has the capacity to carry more than 75 aircraft and can accommodate 4,539 personnel including ship’s company, air wing and other support staff.

Nimitz Class, with a full load displacement of 97,000t

It is the world’s second-largest aircraft carrier.

The first carrier in the class was deployed in May 1975, while the tenth and last ship, USS George H.W. Bush (CVN 77), was commissioned in January 2009.

Each carrier of the Nimitz Class is designed to operate for about 50 years, requiring just one mid-life overhaul.

Nimitz Class is powered by two nuclear reactors providing a maximum speed of more than 30kt.

The ships in Nimitz Class will be replaced by the Gerald R. Ford Class (CVN 78) next-generation aircraft carriers from 2020.