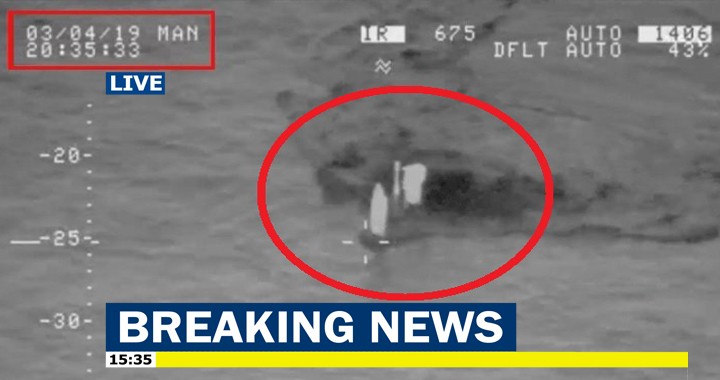 The Pakistan Navy detected an Indian submarine on Monday night trying to enter Pakistani waters and successfully thwarted the attempt, the Navy’s spokesperson said on Tuesday

“The Pakistan Navy used its specialized skills to ward off the submarine, successfully keeping it from entering Pakistani waters,” a statement from the spokesperson said.

“In order to maintain peace, the Indian submarine was not targeted which is a reflection of Pakistan’s desire for peace,” the statement said.

“Learning a lesson from this incident, India too should show its inclination towards peace,” it added.

This was the second occasion since November 2016 when the Pakistan Navy detected an Indian submarine trying to wade into Pakistani waters.

The video of the Indian submarine was made when it came upto periscope depth, however, the PN would have been tracking it for a longer time with the assistance of aerial anti-submarine warfare assets.

Pakistan Navy used its specialized skills to ward off the submarine which was equipped with the latest technology. The achievement is evidence of Pakistan Navy’s capabilities and shows it is ready and vigilant at all times to defend the country’s maritime frontiers, the spokesperson said.

Pakistan Navy (thru OP3-Orion) has detected & warned Indian submarine (French made) to get out of Pakistani territorial waters, without targeting, (issued video) as per country's policy of "Deescalation" but another irresponsible act of Hindutva fanatic, Modi

Pakistan Navy is capable of giving a jaw-breaking response to any aggression, the statement added.

The latest intrusion comes as tensions between India and Pakistan are at an all-time high following Indian incursions into Pakistani airspace and subsequent downing of two Indian aircraft by Pakistan Air Force.

Indian warplanes intruded into Pakistani airspace in the dark of night on February 26, however, they turned back soon after Pakistan Air Force scrambled its fighter jets.

On February 27, Pakistan Air Force shot down two Indian warplanes in the Pakistani airspace and captured an Indian pilot who was then released on March 1 as a peace gesture.

The bulk of the Indian Navy’s undersea fleet is composed of up to 10 diesel-electric Kilo-class submarines, known as the Sindhughosh-class in Indian service.

The Indian Navy also operates a nuclear-powered ballistic missile submarine (SSBN), the INS Arihant, which was manufactured locally after decades of delay.