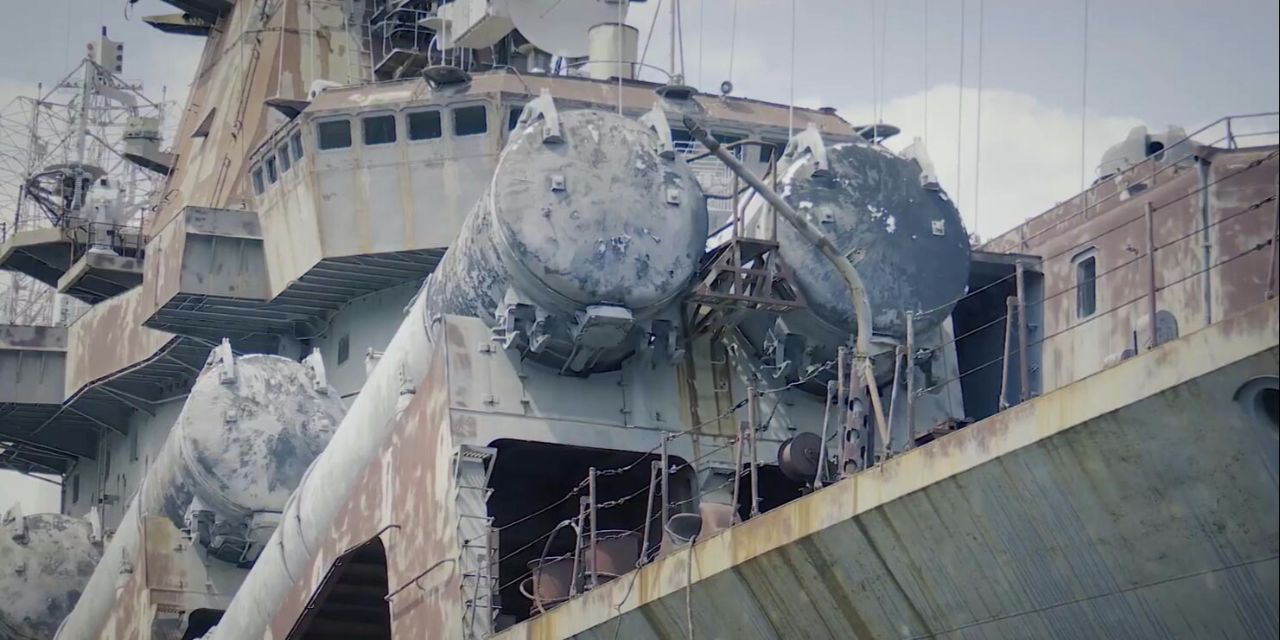 The flagship of the Russian Navy’s Northern Fleet, the Slava Class missile cruiser Marshal Ustinov, has carried out air defence and anti-submarine drills in the Mediterranean Sea as part of a long-distance deployment to the region.

The cruiser is one of three of its class in service, and other than the aircraft-carrying cruiser Admiral Kuznetsov and a single active 28,000 ton Kirov Class cruiser it represents one of the heaviest and best-armed ships in the Russian Navy.

The Northern Fleet’s press office stated regarding the exercises:

“The ship’s crew held air defense and anti-submarine warfare exercises, and also practiced the ship’s protection and defense during a sea transit.”

The Mediterranean has been a region of particularly high tension since Russia began a sizeable military campaign in support of Syrian forces in September 2015, for which naval facilities in Tartus on the country’s Mediterranean coast became a key hub for operations.

Russian warships have on occasion launched missile strikes on anti-Syrian insurgent groups from the Mediterranean, with the Admiral Kuznetsov briefly deploying off the Syrian coast to launch airstrikes, and the campaign has evoked a harsh response from the Western Bloc which itself retains a considerable presence in the region.

The first Slava Class destroyers entered service in the Soviet Navy in 1982 and were one of four prominent classes of cruiser alongside the heavier nuclear powered Kirov and the aircraft carrying Kiev and Kuznetsov classes.

Marshal Ustinov began an overhaul to modernise its capabilities in 2012, which included updates to its sensors and electronic warfare systems, and the warship rejoined the fleet following the completion of enhancements in 2016.

Unlike other ships of the class such as the Varyag, Marshal Ustinov has not been equipped with modern P-1000 cruise missiles – meaning it functions today primarily as an air defence and anti-submarine warfare cruiser while others retain a more robust offensive capability.

The S-300 system was developed to defend against aircraft and cruise missiles for the Soviet Air Defence Forces. Subsequent variations were developed to intercept ballistic missiles.

The S-300 system was first deployed by the Soviet Union in 1979, designed for the air defence of large industrial and administrative facilities, military bases and control of airspace against enemy strike aircraft.