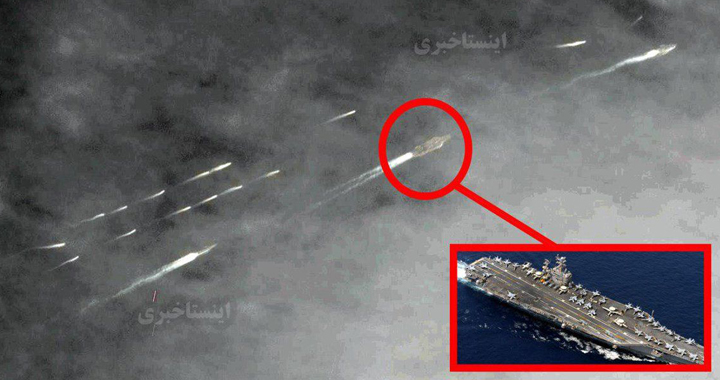 The #US USS Abraham Lincoln nuclear aircraft carrier left the Strait of #Hormuz on December 4 with escort ships, the group was followed by Iranian navy ships. He will be replaced USS Harry Truman. #Iran pic.twitter.com/PLD5ihp37r

It also added that some of the Iranian small craft were approaching within 400 yards to American ships.

According to T-Intelligence, airborne- & surface-based fleet air defense elements, such as F/A-18s and at least two guided-missile destroyers safeguarded the US Navy flattop during the exfiltration.

Noteworthy Abraham Lincoln only transited the Strait of Hormuz on Nov. 19 after nearly six months of staying in open waters due to intelligence concerning an imminent Iranian threat.

Abraham Lincoln Carrier Strike Group is deployed to the U.S. 5th Fleet area of operations (AOO) in support of naval operations to ensure maritime stability and security in the Central Region, connecting the Mediterranean and the Pacific through the western Indian Ocean and three strategic choke points. With Abraham Lincoln as the flagship, deploying strike group assets include staffs, ships and aircraft of CSG 12, Destroyer Squadron (DESRON) 2, USS Leyte Gulf (CG 55) and Carrier Air Wing (CVW) 7.

The U.S. 5th Fleet AOO encompasses about 2.5 million square miles of water and includes the Arabian Gulf, Gulf of Oman, Red Sea and parts of the Indian Ocean. The expanse is comprised of 20 countries and includes three critical choke points at the Strait of Hormuz, the Suez Canal and the Strait of Bab al Mandeb at the southern tip of Yemen.

U.S. aircraft carrier left Norfolk, Virginia, in April and was diverted to the Middle East in May, but it had remained in the Arabian Sea, avoiding passage through the strait that borders Iran.

Tensions in the Gulf have risen since attacks on oil tankers this summer, including off the coast of the United Arab Emirates, and a major assault on energy facilities in Saudi Arabia. Washington has blamed Iran, which has denied being behind the attacks on global energy infrastructure.