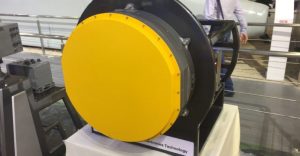 The head of  Nanjing Research Institute of Electronics Technology (NRIET) ,Hu Mingchun said that the newest version of the KLJ-7 fire-control radar (FCR) will substantially improve the combat capabilities of the aircraft

“Our product will tremendously extend the fighter jet’s detection range, giving it a much longer sight that will help it detect the enemy’s aircraft before they do; and this is very important, because in real combat if you see first, you fire first, The radar is capable of tracking dozens of targets and engaging several of them simultaneously. It also has a good jamming-resistant capacity that keeps the plane away from enemy’s electronic interference.” The KLJ-7A radar can be mounted on light-or medium-weight fighter jets

Wu Peixin, an aviation industry analyst in Beijing, said the upgrade with a type of cutting-edge radar will undoubtedly enhance the JF-17/FC-1’s appeal to potential buyers from developing nations.

“The KLJ-7A will enable JF-17 and its variants to have stronger fighting capability at a reasonable cost, allowing the aircraft to compete with or confront expensive Western or Russian jets, 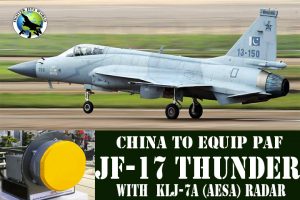