How US getting ready for Russian invasion of Europe 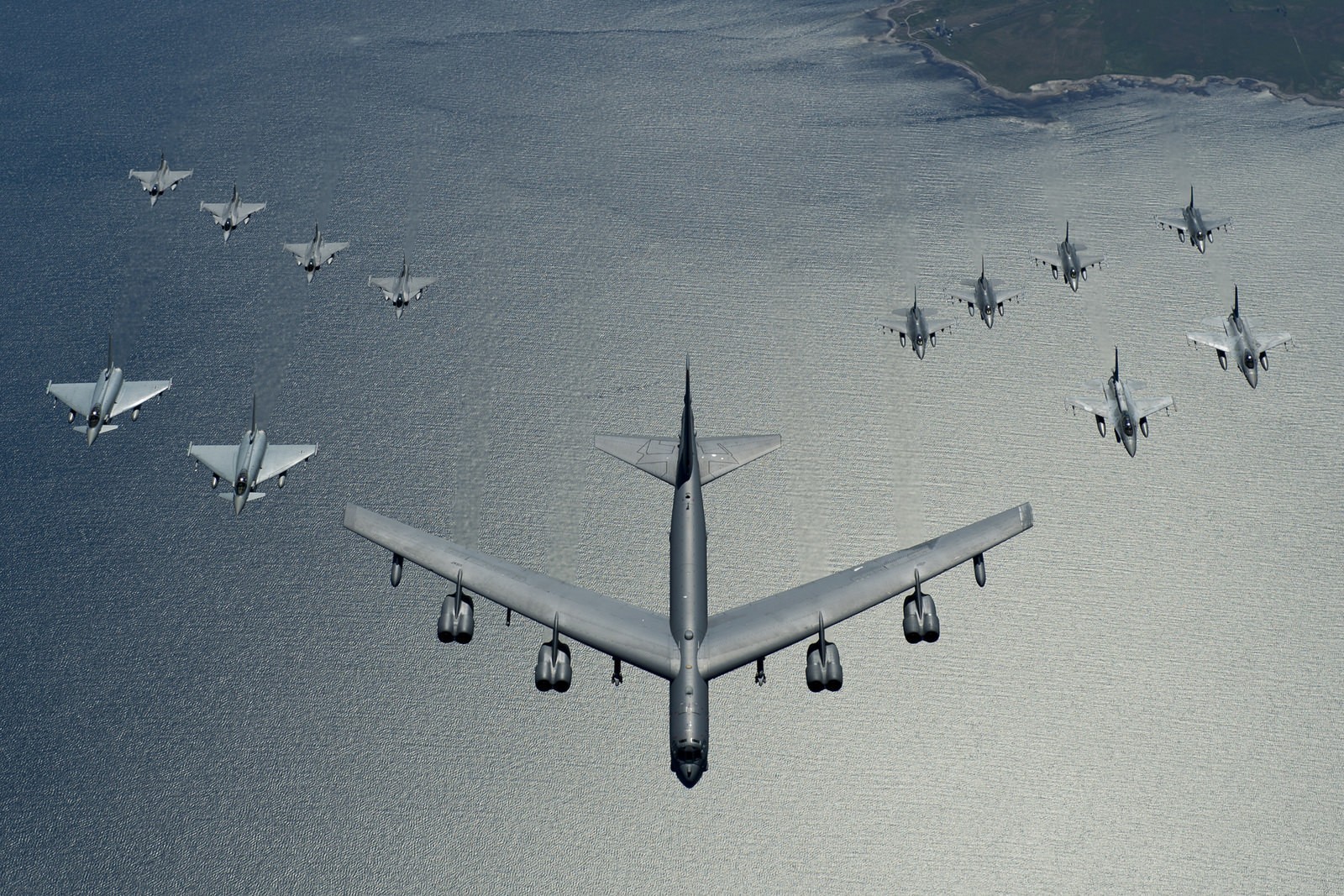 ⏩Here’s how the US is preparing for a possible Russian attack in Europe
⏩30-30-30-30 readiness plan.
⏩Fresh US tanks, troops flow into Europe.
⏩NATO chief urges allies to hike budget.
⏩ Keeping carrier strike group in Europe

The Pentagon is increasingly focused on Russian deterrence in Europe, and additional U.S. troops may be in the mix.

Defense Secretary Jim Mattis will meet with NATO defense ministers this week and pitch a 30-30-30-30 readiness plan to counter what the Pentagon perceives as an increasing Russian ground force threat. The plan calls on NATO allies to assemble 30 land battalions, 30 air squadrons and 30 combat vessels capable of deploying in 30 days or less by the year 2020.

A recent Rand Corporation study showed that Britain, France and Germany could each deploy a heavy brigade unit to NATO’s eastern flank within a month, but sustaining those forces would be difficult, especially given French military commitments in Africa and years of British military cuts.

NATO Secretary General Jens Stoltenberg on Wednesday urged European allies and Canada to keep ramping up defense spending, as the alliance expands its command headquarters in response to a more assertive Russia.

Those concerns leave open the possibility that more U.S. forces will be needed in Europe to satisfy the Pentagon’s Russian deterrence goals. And for that, U.S. resources may need to be diverted from ongoing counterterrorism operations, more U.S. troops and spy planes would have to be deployed to Europe.

The clock is ticking as the U.S. Army measures how rapidly it can replace thousands of troops and equipment under Operation Atlantic Resolve in eastern Europe and the Baltics.

3,300 troops of the 1st Armored Brigade, 1st Cavalry Division from Fort Hood, Texas, will bring 2,500 pieces of equipment across the Atlantic Ocean. The formation will relieve the 2nd Armored Brigade of the 1st Infantry Division, which will return to Fort Riley, Kansas.

The equipment arrived by ship in Antwerp, Belgium, over the weekend, where it is still being prepared for onward transport within Europe. Planners have devised a leg using inland waterways from Antwerp to Mannheim, Germany, to test an additional mode of transport besides road and rail. Trains are scheduled to be on hand in Mannheim for the rest of the trip east.

In a break with recent history, the U.S. military is weighing whether to withhold the Truman Carrier Strike Group from deploying to the Middle East, opting instead to keep the carrier in the Mediterranean and the European theater.

“Nothing says ‘I love you’ quite like a carrier,” Jerry Hendrix, a retired US Navy captain and now a defence analyst said. 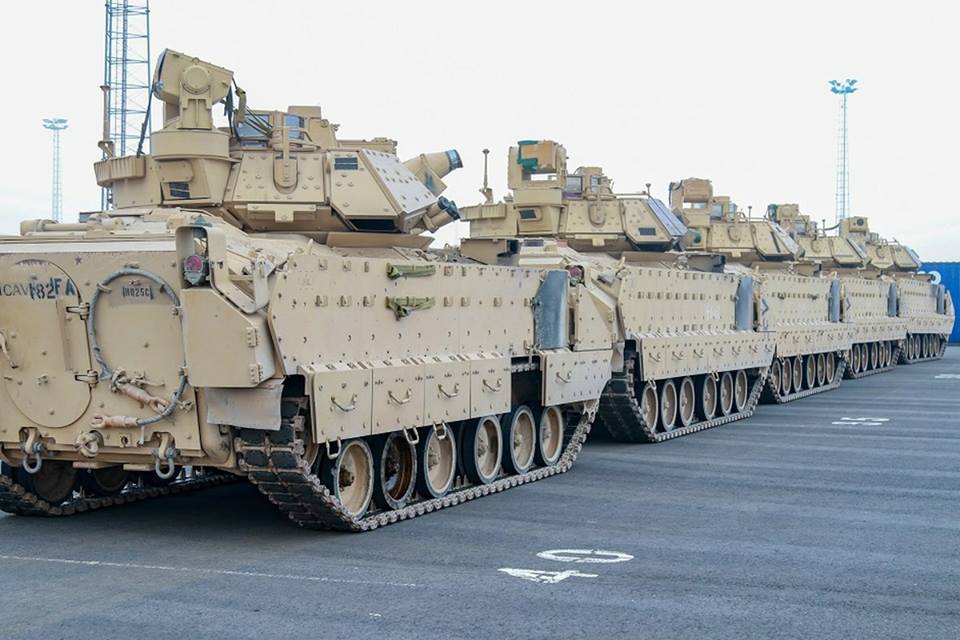 Combat vehicles of the 1st Armoured Brigade Combat Team are unloaded at port ahead of training in support of Operation Atlantic Resolve, meant as a show of force near Russia’s border with Europe. (Credits: Sgt. Christopher Case/US Army) 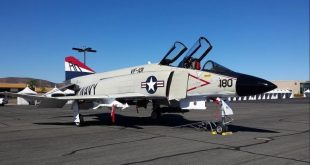