The Sukhoi Su-57  is the designation intended for a stealth, single-seat, twin-engine multirole fifth-generation jet fighter designed for air superiority and attack operations. The aircraft is the product of the PAK FA  a fifth-generation fighter programme of the Russian Air Force. Sukhoi’s internal name for the aircraft is T-50. The Su-57 will be the first aircraft in Russian military service to use stealth technology. The fighter is planned to have supercruise, stealth, supermaneuverability and advanced avionics to overcome the prior generation fighter aircraft as well as ground and maritime defences

The Chengdu J-20  is a single-seat, twinjet, all-weather, stealth fifth-generation fighter aircraft developed by China’s Chengdu Aerospace Corporation for the People’s Liberation Army Air Force (PLAAF). The J-20 made its maiden flight on 11 January 2011, but the plane was officially revealed on China International Aviation & Aerospace Exhibition in 2016. In March 2017, Chinese media reported that the aircraft has entered initial operational capability phase with limited service within Air Force

The Shenyang J-31 is a fifth Generation Multi-Purpose Medium Fighter”. it is a twin-engine, mid-size fifth-generation jet fighter currently under development by Shenyang Aircraft Corporation.

The Mitsubishi X-2 Shinshin (formerly the ATD-X) is a Japanese experimental aircraft for testing advanced stealth fighter aircraft technologies. It is being developed by the Japanese Ministry of Defense Technical Research and Development Institute (TRDI) for research purposes. The main contractor of the project is Mitsubishi Heavy Industries. Many consider this aircraft to be Japan’s first domestically made stealth fighter. ATD-X is an acronym for “Advanced Technology Demonstrator – X”. The aircraft is widely known in Japan as Shinshin  although the name itself is an early code name within the Japan Self-Defense Forces and is not officially in use.

The IAIO Qaher-313  is a planned Iranian single-seat stealth fighter aircraft that was publicly announced on 1 February 2013.A press presentation about the project was made by President Mahmoud Ahmadinejad and Defense Minister Ahmad Vahidi on 2 February 2013, as part of the Ten-Day Dawn ceremonies. Independent experts have expressed significant doubts about the viability of the aircraft.

This Fifth Generation Fighter is also known as the Unmanned Aerial Vehicle and is famous in the aviation defence industry. Initiated by the KF-X, this advanced multirole fighter was mainly designed for the Republic of Korea Air Force (ROKAF) and Indonesian Air Force (TNI-AU). The features include powerful tracking and engagement facilities, advanced avionics, high-end engine modifications, agile performance, composite structures and inherent stealth features to help dominate the battlefield. 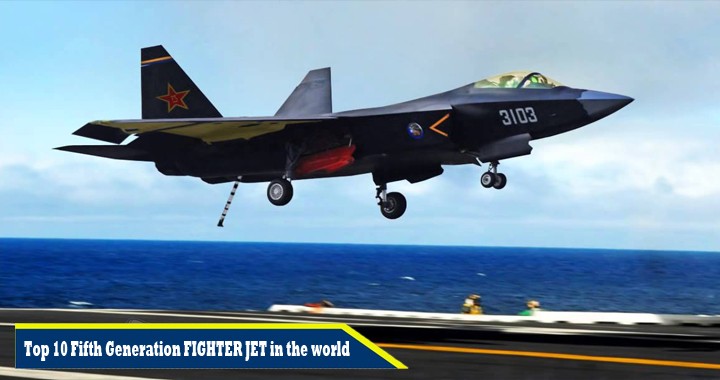