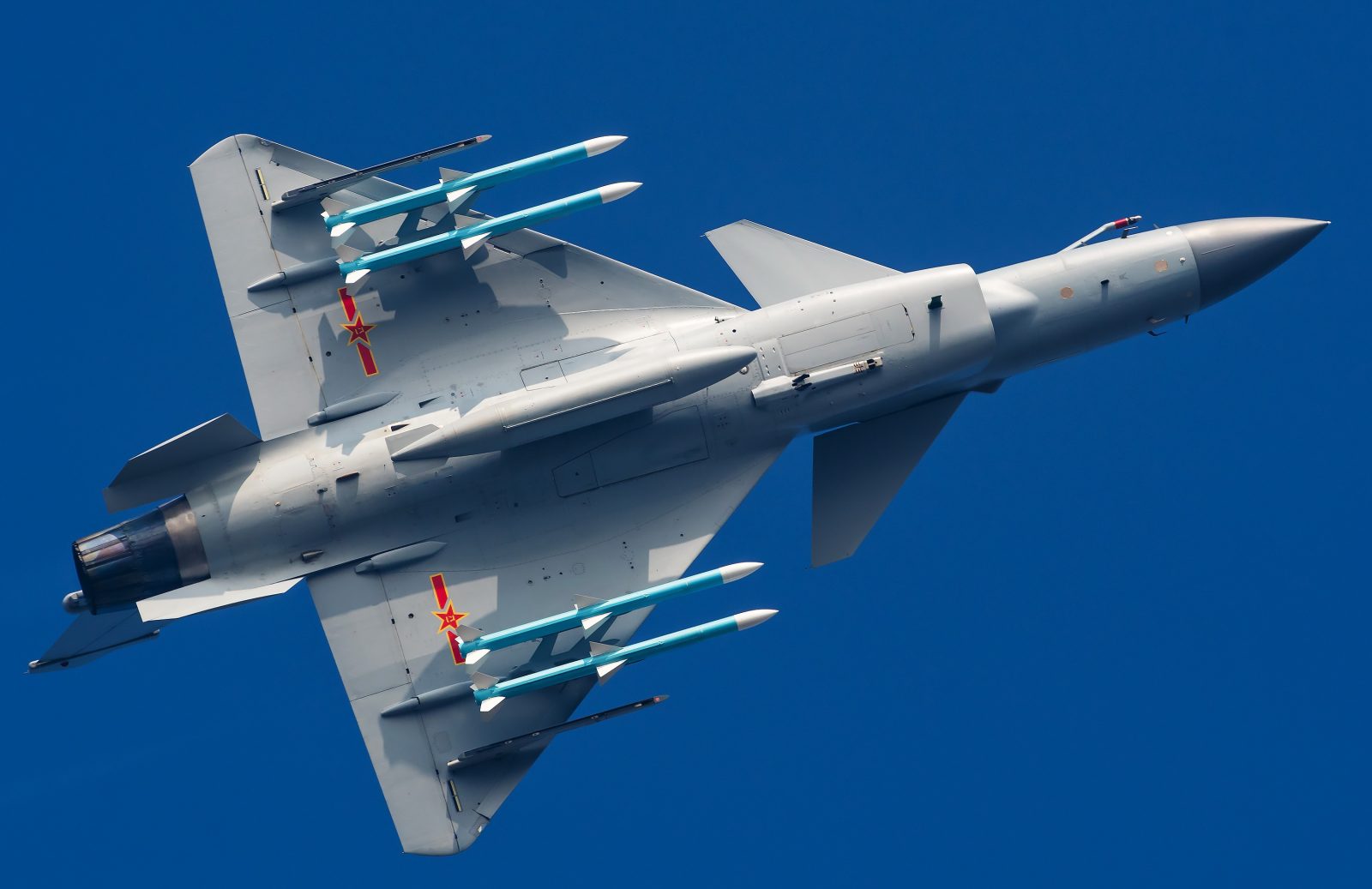 The J-10 multi-role fighter is the first Chinese-developed combat aircraft that approaches Western fighters in terms of performance and capabilities.

It is known as Meng Long or Vigorous Dragon in China and as ( Firebird ) in the West. Development of the J-10 began in 1988. It was intended to counter the threat posed by the Soviet fourth-generation fighters like the MiG-29 and Su-27.

The J-10 was initially planned as an air-superiority fighter, however, the collapse of the Soviet Union and changing requirements shifted the development towards a multi-role fighter. Aircraft made its maiden flight in 1998.

The whole project was kept under high secrecy, It is worth mentioning that the first photos of the J-10 came out only 3-4 years after the first flight, and Some sources claim that it was influenced by the IAI Lavi.

This Chinese jet-fighter entered service with Chinese air force in 2004, however, it was first publicly revealed only in 2006.

Currently, around 240 of these aircraft are in service. It is estimated that 300 fighters of this type are required for Chinese air force and possibly naval aviation too. many countries including Indonesia, Iran, and Thailand expressed interest in purchasing this aircraft.

The J-10 has a single engine. The first batch of about 50 aircraft is powered by Russian AL-31FN turbofan engines. This batch was delivered to Chinese air force between 2004 and 2006. An indigenous turbofan was under development.

The J-10 has beyond visual range air combat and surface attack capabilities have also 11 external hardpoints for a range of weapons. Alternatively, it can carry target acquisition, navigation pods or auxiliary fuel tanks. It is worth mentioning that the J-10 has an in-flight refueling capability.

The main armament on the air-superiority missions are the PL-12 medium-range active radar-homing air-to-air missiles. For close ranges, it carries the PL-8 infrared-homing missiles. For surface attack role the J-10 carries up to six 500-kg laser-guided bombs, free-fall bombs, or pods with 90 mm unguided rocket. Aircraft also have a single-barrel 23 mm cannon.

The J-10 is fitted with an indigenously designed pulse-doppler fire control radar. It is capable of tracking 10 targets simultaneously and attacking 4 of them. Estimated maximum detection range is 100 km. Aircraft is fitted with a fly-by-wire system.

A two-seat variant, the J-10S fighter-trainer, is available. It is identical to the single-seat variant but has a stretched fuselage to accommodate second pilot seat. The J-10S can be used for pilot training or as a standard fighter. This aircraft made its maiden flight in 2003.

J-10B multi-role fighter , with improved airframe and avionics. It is powered by Chinese WS-10 turbofan engine. The first J-10 aircraft had Russian engines. TheJ-10B entered service with China’s air force in 2014. At least 14 aircraft were delivered during the same year. The J-10B is likely to become a standard production model.