Lockheed Martin’s F-35 Lightning II is once again unable to safely weather a hit from a lightning bolt. The most widely used variant of the F-35 Joint Strike Fighter is currently unable to fly in thunderstorms after the discovery of damage to one of the systems it uses to protect itself from lightning, its prime contractor Lockheed Martin said Wednesday.

According to a memo by the plane’s manufacturer that was obtained by Bloomberg, the safety system that prevents the F-35 from exploding due to a lightning strike was found to have a problem, resulting in weeks of manufacturing delays and requiring changes to how the plane is allowed to fly.

To safely fly in conditions where lightning is present, the F-35 relies on its Onboard Inert Gas Generation System, or OBIGGS, which pumps nitrogen-enriched air into the fuel tanks to inert them. Without this system, a jet could explode if struck by lightning.

However, damage to one of the tubes that distributes inert gas into the fuel tank was discovered during routine depot maintenance of an F-35A at Hill Air Force Base’s Ogden Logistics Complex in Utah, Lockheed said in a statement.

Lockheed temporarily paused F-35 deliveries June 2-23 as the company validated whether it was properly installing OBIGGS systems. However, “it appears this anomaly is occurring in the field after aircraft delivery,” Lockheed said in a statement.

Because it cannot be confirmed that the OBIGGS system would function properly if the jet was hit by lightning, the F-35 Joint Program Office has opted to institute flight restrictions.

According to the memo, flaws in the tubing used to circulate this gas were found in 14 of the 24 F-35As inspected by the F-35 Joint Program Office (JPO). The A model is the most widely used version of the stealthy jet, operating from normal runways and exported to several partner nations.

Since Lockheed cannot verify the plane won’t explode if hit by lightning, it has instead opted to suggest new flight restrictions to avoid the possibility.

“As a safety precaution, the JPO recommended to unit commanders that they implement a lightning flight restriction for the F-35A, which restricts flying within 25 miles of lightning or thunderstorms,” Lockheed Martin said in a statement, Defense News reported on Wednesday. “We are working with the F-35 Joint Program Office (JPO) on a root cause corrective action investigation to determine next steps.”

The defense contractor further noted the problem is arising in the field, not during the manufacturing process.

The problem was first identified in 2009, according to Pentagon documents, but was fixed in 2014 following a complete redesign of the fuel tank, at which time similar flight restrictions were lowered.

Renewed vulnerability to lightning is just the latest problem discovered in the $1.6 trillion F-35 programs. In April, the Navy announced its B and C versions of the jet would receive no correction for a blistering problem that occurs in the aircraft’s tail at supersonic speeds, electing instead to simply restrict pilots’ operational rules, similarly to this latest fix. 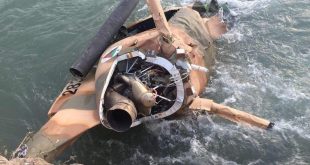