Guy Shoots a 50 Cal bullet Straight up: How long does it take to Fall Back?

Guy Shoots a 50 Cal bullet Straight up: How long does it take to Fall Back? Have you ever wondered how long it takes for a .50 caliber bullet to go up and come back down? 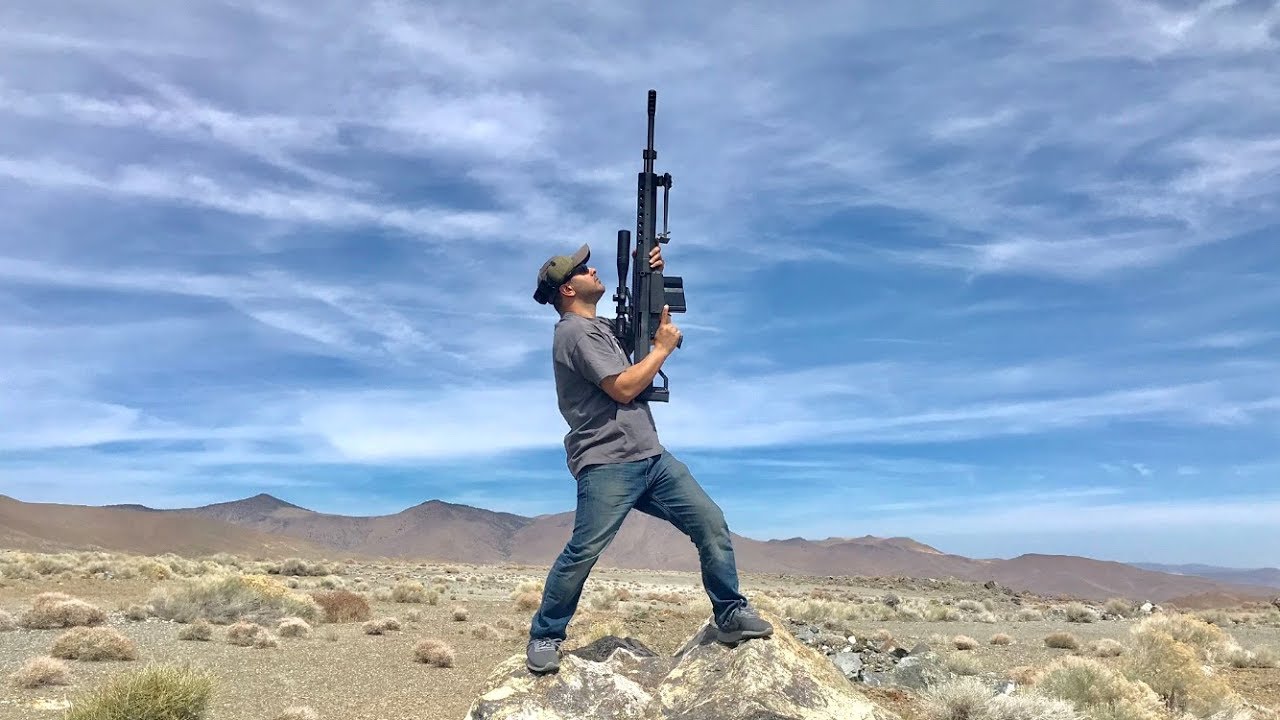 When you attempt something of this scope, it’s important to know what you’re doing. Just a tiny deviation in angle when you’re shooting a bullet straight up in the air can make it land hundreds of feet from where you think it’ll land, thus, putting yourself at risk of shooting yourself on YouTube.

Now, we’ve used a couple of videos from this YouTube channel and the guy does some risky stuff, but it always seems well thought out and safe (ish). In this episode, he takes a rifle and shoots it straight up, promptly taking cover.

In the end, we found out two things. A bullet coming down sounds like a UH-1 Huey coming in from the distance. Also, it comes down between 200-300 miles per hour and takes it a bit over a minute to hit the ground.

He does this a few times, but the best quality audio of the bullet coming down is at 7:18.

After the shot was fired it took about 1:50 minute before you hear the bullet spinning down like a helicopter.

Here’s a math thing for you numbers folks out there. This will give you an idea of how high this .50 cal bullet went.

Max Range is 6800 meters convert this into feet is 22,309 thousand feet.
Though the experiment was not scientific, it was worth watching for a gee-whiz moment, especially the helicopter sound of the bullet coming back to earth.

Obviously, you’d probably not want to do this because its a gun safety issue, too many possibilities involved. Most gun authorities frown upon this gesture with any guns or bows.

Previous Most Badass Close Air support videos ever Recorded
Next How can I Fly with the Blue Angels? Here Are 3 Ways You Can