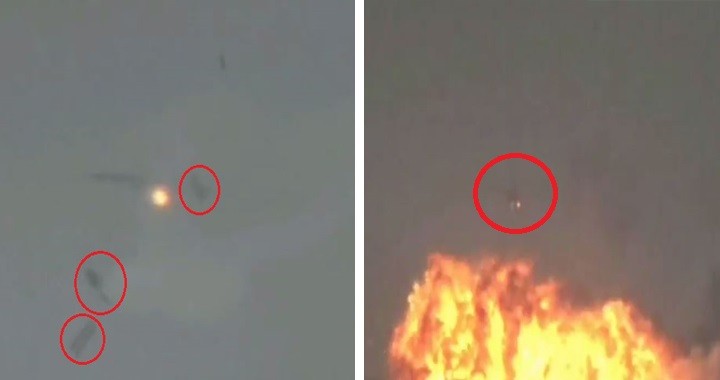 A day after a jet was hit by several birds moments after take-off, the Indian Air Force (IAF) has released the video of the incident on Friday showing how the alert pilot averted a major tragedy and loss of life.

As the IAF Jaguar aircraft, loaded with two additional fuel drop tanks and Carrier Bomb Light Stores pods (used to store practice bombs), is seen taking off for a training mission in Ambala, it is soon hit by a flock of birds which results in the failure of one of its engines.

#SavingLives: On the morning of 27 June19, an IAF Jaguar aircraft loaded with two additional fuel drop tanks & Carrier Bomb Light Stores
(CBLS) pods took off from AFS Ambala for a training
mission. Immediately after take off, the aircraft encountered a flock of
birds. pic.twitter.com/Mb0otqadVe

The video shows the two detachable fuel tanks and practice bombs known as Carrier Bomb Light Stores (CBLS) pods being dropped off from the plane, triggering an explosion and a ball of fire that set the dry bushes near the runway ablaze, leaving the area covered with smoke.

​”The bird hit resulted in the failure of one of its engines. Despite most serious emergencies staring in his face, the young pilot assessed the situation in seconds…The professionalism & quick thinking by the pilot not only saved a war waging asset but also the lives of many civilians in the area adjoining the airfield,” the IAF said in a statement, adding that the pilot safely landed the aircraft at the airbase.

His actions bear testimony to the highest professional standards of the IAF resulting from extensive operational training. The professionalism & quick thinking by the pilot not only saved a war
waging asset but also the lives of many civilians in the area adjoining the airfield

One of the fuel tanks landed in a residential area near Ambala air base but no one was injured, district administration officials said.

During in-flight emergencies, which this was, pilots are often required to drop under-wing stores such as bombs and external fuel tanks.

The IAF has so far lost 10 aircraft in 2019 and Indian Defence Minister Rajnath Singh told parliament on Wednesday that the force has lost 33 aircraft, including 19 fighter jets, since 2015.