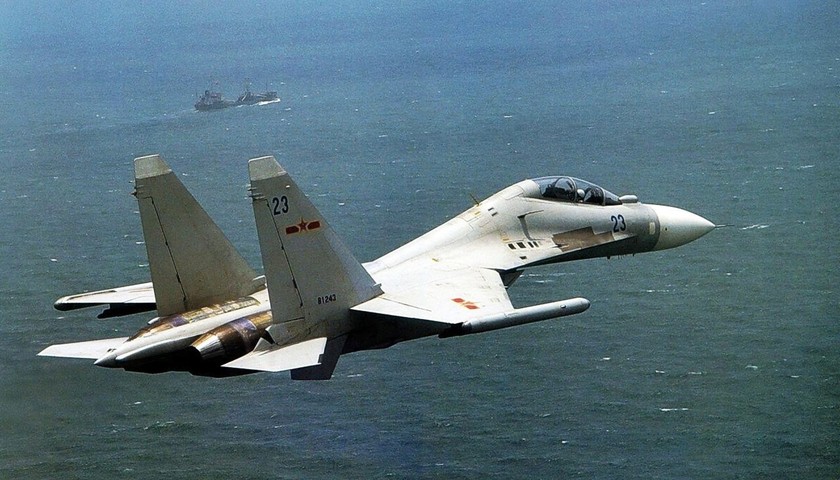 According to the Department of National Defence, Two Chinese fighter jets buzzed a Canadian warship and a supply vessel operating in international waters in the East China Sea.

The incident between the frigate HMCS Regina and two Chinese Su-30 fighters took place Monday while the ship was in international waters off Shanghai, according to Matthew Fisher, a fellow at the Canadian Global Affairs Institute.

“The formidable twin-tail Russian-built strike aircraft flew within 300 meters (1,000 feet) of the Canadian ship’s bow, screaming past about 300 meters above the water,” Fisher wrote in a posting on the institute’s website.

The Regina’s captain told Fisher the Chinese jets didn’t pose a danger to his ship, but Fisher’s report said their flight was more aggressive than anything the (Canadian Navy) has seen before from Chinese fighter jets.

“This particular fly-past by the two PLA aircraft was not provocative, hazardous or unexpected, given the proximity of the Operation Neon operating area to China,” said spokesman Dan Le Bouthillier in an email. Operation Neon is the recently announced commitment by the Liberal government to regularly rotate warships in and out of the Far East as part of the United Nations’ enforcement of sanctions on North Korea.

“During her deployment, HMCS Regina was shadowed by a number of different ships and saw aircraft while in the East China Sea,” said Le Bouthillier.

“The Chinese and Taiwanese forces that were seen nearby during our transit were not unexpected — they are known to be present in the strait. Nothing in the interactions between vessels or radio communications was unsafe or unprofessional.”

The military also reported that someone on board a Chinese fishing boat pointed a laser at a Canadian CH-148 Cyclone helicopter operating near the Strait of Taiwan recently. No one was injured in that incident and there no was damage to the aircraft.

Before the buzzing Monday, the closest Chinese jets had come to the Regina was several kilometers, according to Fisher.

Canada is just one of several US allies and partners, including France, Japan and the United Kingdom, that have been sending ships into the South China Sea or through the Taiwan Strait this year.