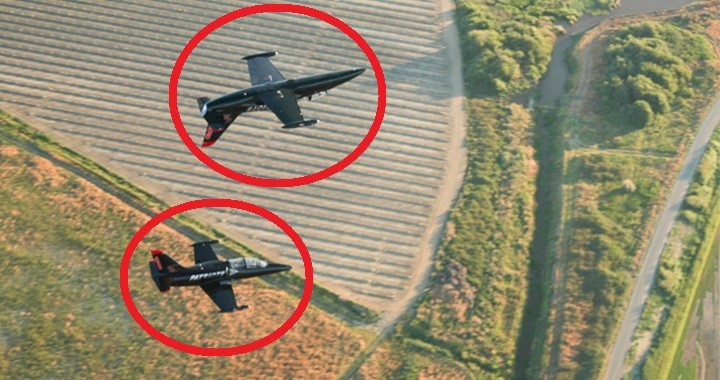 Do you remember one of the most famous scenes of the motion picture, where Maverick and Goose’s F-14 flies inverted above the black two-seat F-5F (AKA MiG-28)? If not in the above video have a look at that stunning scene

Of course, for safety reasons, there wasn’t any aircraft flying inverted one above the other, and that iconic scene was obtained thanks to one of the few special effects in the film.

There is a huge debate in the aviation circle that is it possible to capture Canopy to Canopy Photo during inverted flying?

Advertising photographer Blair Bunting wanted to try to recreate this. Firstly, to see if it was even possible, and also to see what the shot might have looked like. So, he teamed up with the Patriots Jet Team, as well as fellow photographer filmmakers Jaron Schneider and Toby Harriman of Planet Unicorn Productions.

The preparation that had taken place before this point was equally immense. I had spent hours laying upside down off the side of my bed in my hotel room the night before so that I could learn how the camera operated while inverted.

I went to the gym six days a week and exercised with a trainer that helped me build my endurance while being on top of my hick breathing to stay conscious. For an hour before we got in the jets I went through neck exercises to see if I could loosen it up enough to look behind myself more or less. All of this work boiled down to a shot that still would be 90% luck.

Thirty minutes into the flight we found ourselves at the moment of truth; it was time to find out if we could capture the image that Goose took in Top Gun. In order to do this, my jet would roll inverted at 500 feet off the ground. The second ship would roll in and ever so slowly creep closer, as I tried to take the photo all while calling out positioning to my pilot who relayed the info to the ever-closing jet below. If this sounds insanely complicated, that’s because it is.

I set the camera to its max shutter speed and used the first pass to dial exposure and distance rather than try to get the shot. Dangling by my shoulder straps looking straight down at the Earth speeding by below, a large jet started to emerge. I would call “forward, forward, forward,” and I could see the pilot below as he slowly dialed his plane faster all while looking me right in the eye, it was one of the more surreal moments I have ever been in. From there I would place the front element of the lens (which we had put layers of black tape around) flat against the canopy and shot as fast as the camera could shoot.

All the while I was getting a countdown called by my pilot (Scott “Banker” Ind) telling me how many seconds of fuel we had left in the tanks that power the plane specifically while it is inverted. Then he said, “rotation in 10, 9, 8, 7…..” I knew at 3 seconds I had to pull away from the canopy and brace the camera, for if I stayed in position and swung the camera back too hard, I could hit the stick and accidentally fly the plane into the one below. We did this many times, going back and forth over the Northern California terrain until the call came across, “we are at bingo fuel, time to return to base.”

To be honest, I had no idea what kind of shot we had, nor did I even look on the flight back, I was too damn tired. At that moment I wanted nothing more than a bottle of water, followed quickly by a glass of scotch. 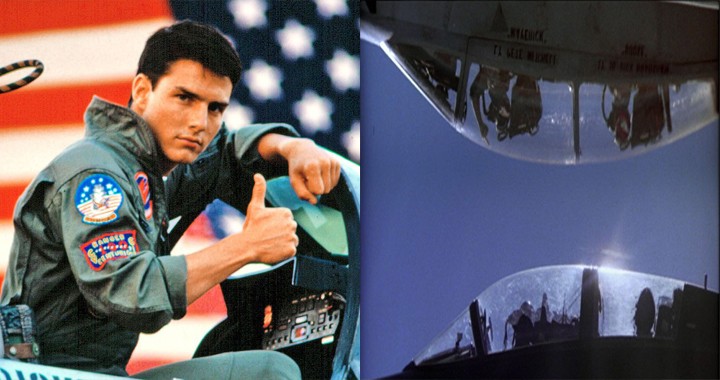