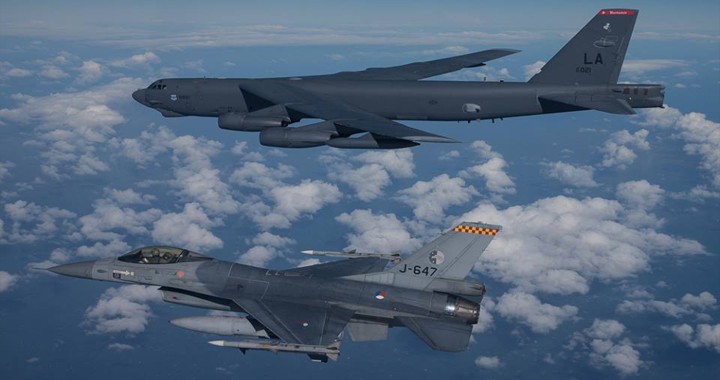 In Airforce there is an old Rivalry between fighter and bomber pilots. Both Fighter pilot and bomber pilots claim that they are best and their role is more important for Airforce. They ofter debate that

Related Article: How Fighter Pilots Get Their Funny Callsigns

A squadron of F-16 Fighting Falcons was escorting a B-52 Stratofortress to its destination. With hours of flight both behind and ahead of them, everyone was getting bored.

The fighter pilots, of course, started stirring up the age-old dispute over COMs.

Fighter Pilot: “Hey, check this out.”

He pulled up to the B-52’s window, waved and barrel rolled away, under and popped up on the other side.

Fighter Pilot: “Bet you wish you could do that?” He laughed.

The BUFF pilot smiled and said,  “Wow, that was neat. Check this out though.”

He unstrapped and left the cockpit. The fighter pilot kept looking to see what he was going to do, but the B-52 kept flying straight like an arrow.

After about five minutes, the BUFF pilot came back and asked,

“How ya like that? Admit it. You wish you could do that!”

“What do you mean? The plane was flying completely straight.”

“Yes, I know. In the meanwhile though, I unstrapped and stretched my legs for a bit. Then I realized I was hungry and made myself a sandwich. I also took a piss on the way back. Enjoy the rest of your flight” 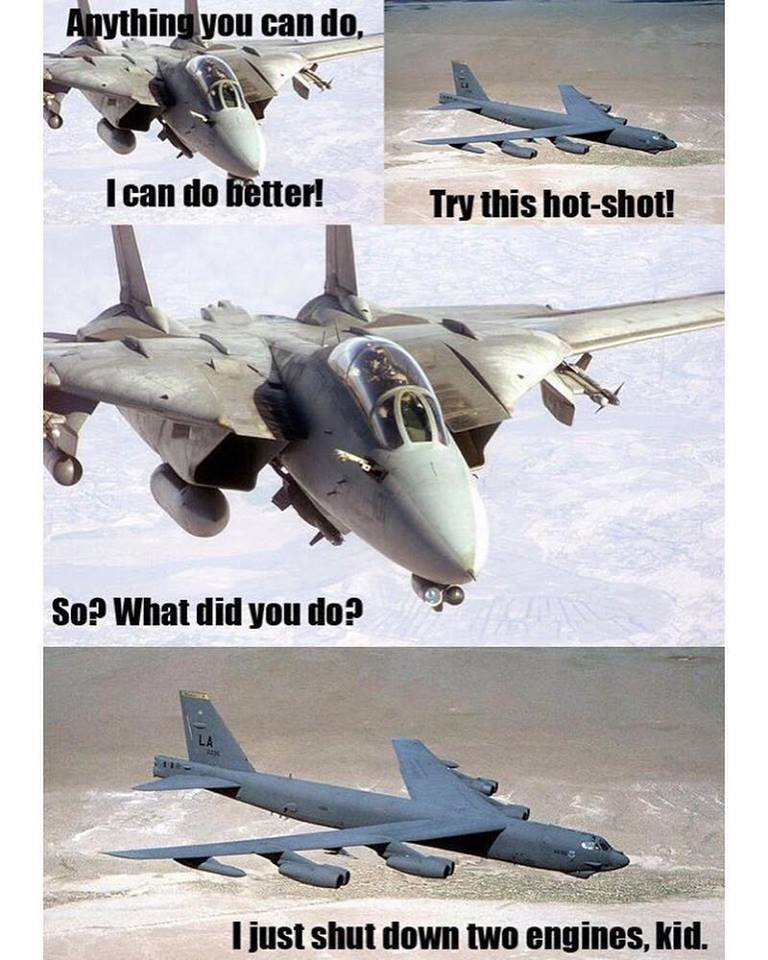